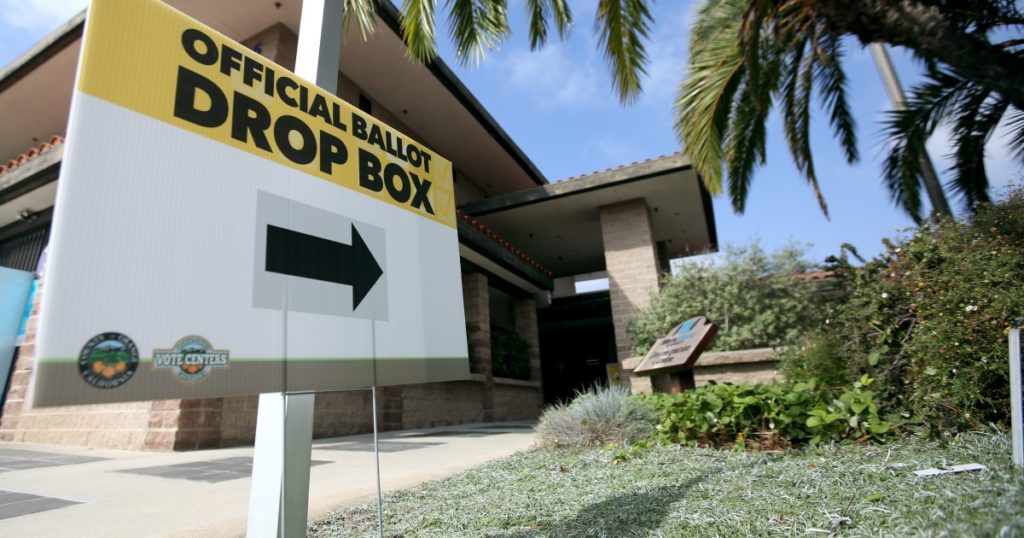 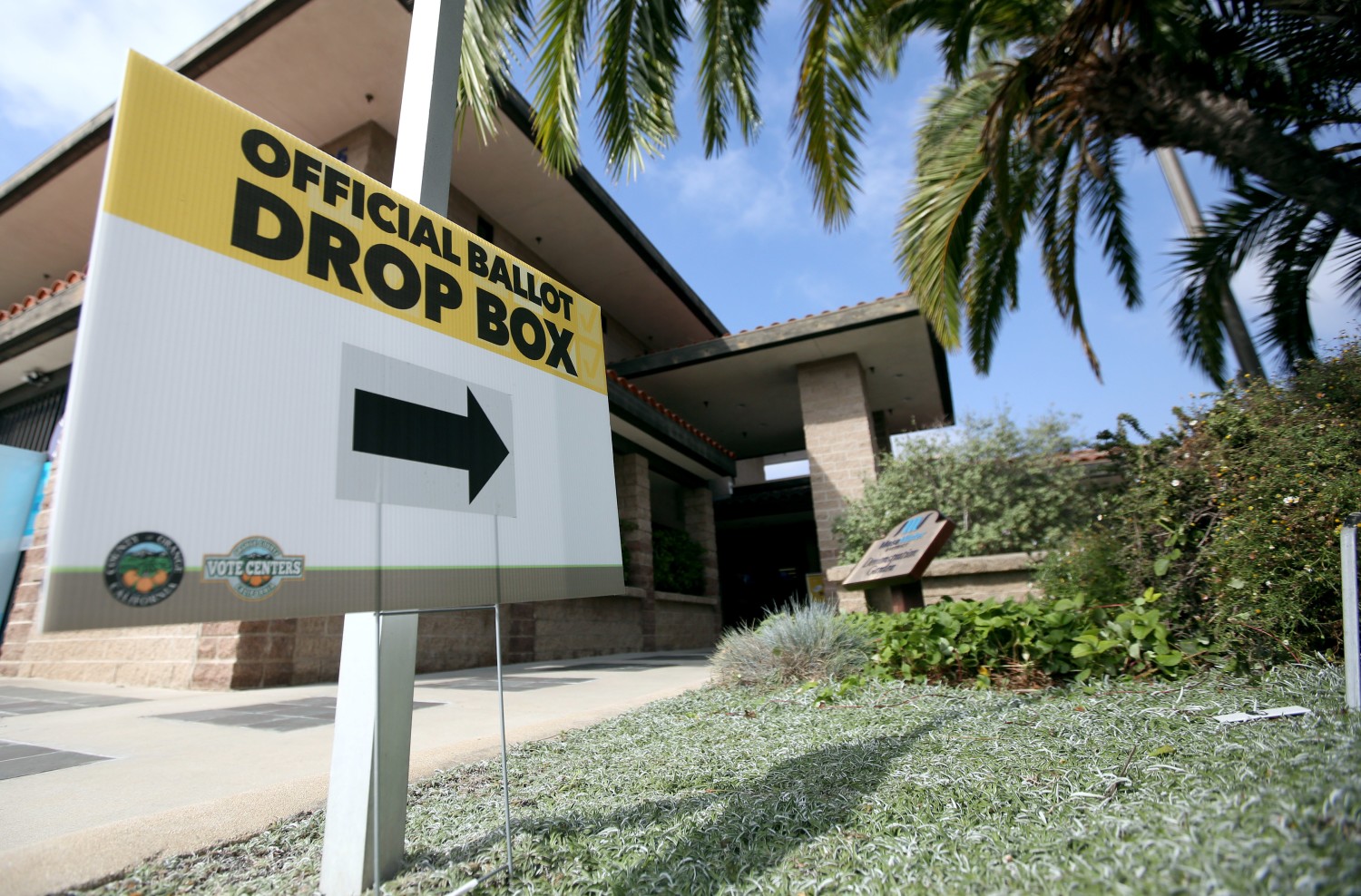 Here’s what we know about voter fraud: If you liked the election outcome, the voting was honest. If you didn’t, your side got robbed.

This is the hard truth: There is not now nor has there been in recent years any solid evidence of significant voter fraud in the United States.

That’s something to keep in mind before the losers — most likely Republican activists and right-wing pundits — begin howling that the attempt to recall Gov. Gavin Newsom in Tuesday’s election was sabotaged by cheaters.

“When the recall fails it will not be because of ‘voter fraud,’” tweeted Assemblyman Chad Mayes of Rancho Mirage, who was the house Republican leader until he was ousted by party colleagues for voting like a moderate. He left the GOP and became an independent.

“The reason why Republicans fail over and over in this state is because they do not reflect the values of Californians. Until the @CAGOP comes to grip and changes, they’ll continue to lose.”

There have been many investigations of alleged voter fraud in recent years. They’ve turned up dry holes.

After he won the electoral vote and the presidency in 2016, Donald Trump wasn’t content. He was delusional because Hillary Clinton had received more popular votes. He claimed that millions of people had voted illegally and empowered a commission to prove him right.

The panel dug and dug — and came up empty. It couldn’t find any evidence and disbanded.

When Trump lost his reelection bid last year, he badgered election officials in several states to overturn the results because of alleged voter fraud. The election was “stolen,” he infamously claimed. Officials — including Republicans — couldn’t find any evidence of cheating. Zilch.

In Riverside County after the 2016 election, “watchdog” vigilantes claimed to identify more than 1,000 dead people on voter rolls, 7,500 who had registered more than once and 317 who cast more than one ballot.

The district attorney’s office spent a year laboriously investigating. The so-called dead voters were alive. They found one young man who had intentionally double-voted. He was sentenced to a day in jail and 250 hours of community service.

This is one major reason why I’ve always thought that allegations of voter fraud were merely losers’ sour grapes: Why would any semi-rational person risk being convicted of a felony and serving jail time just to help some politician get elected? It doesn’t add up.

“There really hasn’t been any significant amount of voter fraud in California,” says Secretary of State Shirley Weber, a Democrat.

There are many safeguards:

The mail voter — and that’s the overwhelming majority of Californians — must sign the envelope containing the ballot. And the signature is matched against the one on the registration file. Yes, it really is.

Mail ballots contain watermarks unique to each election and have a unique bar code tied to the specific voter.

Before any vote is counted, the state database is checked to make sure the person isn’t voting twice.

Voters now can sign up to track their ballot, as if it were a UPS package.

Basically, Democrats have been trying to make it easier to vote — in California and across the country. It’s the right thing to do in a healthy democracy. But it also benefits Democrats because historically, the higher the turnout, the better they fare.

Conversely, in many red states — including Texas this week — Republicans have tightened voting laws under the guise of ballot security in an obvious attempt to suppress Democratic turnout.

Trump particularly feared mail ballots, telling “Fox and Friends” during the 2020 campaign that if the GOP agreed to widespread mail voting, “you’d never have a Republican elected in this country again.”

California has made mail voting its primary method of casting ballots. In November, 87% of California’s votes were mailed, compared with 25% in 2000 and 6% in 1980. The overall turnout of eligible voters in November was 71%, the highest since 1952.

Last year for the first time, because of the pandemic and fears of spreading the coronavirus in crowded voting centers, every registered California voter was mailed a ballot. That helped jack up turnout.

Newsom is expected to soon sign legislation requiring counties to mail ballots to all registered voters in every election. The bill passed last week on a strictly party line vote — Democrats for it, Republicans against.

“It was the height of hypocrisy for Republicans,” the bill’s author, Assemblyman Marc Berman (D-Menlo Park), told me. “Republican leaders were involved in a campaign to encourage Republicans to vote by mail.”

“It’s a trust-but-verify strategy,” California Republican Party Chairwoman Jessica Millan Patterson told Reuters. “We want to make sure that they have confidence in the election process.”

It’s late in the game for that.

A recent poll by the Public Policy Institute of California found that Democrats and Republicans are polarized even on the question of trust in the election process. Asked how much confidence they had in it, 58% of Democrats said a “great deal” but only 13% of Republicans did. Among Republicans, 43% had “very little” confidence.

PPIC President Mark Baldassare thinks the recall election may make voters of both parties even more cynical — Democrats because they believe the election was unwarranted and wasteful, Republicans because they’ll feel cheated by fraudsters.

But Republicans won’t be. The election may be wasteful, but it will be on the up and up.