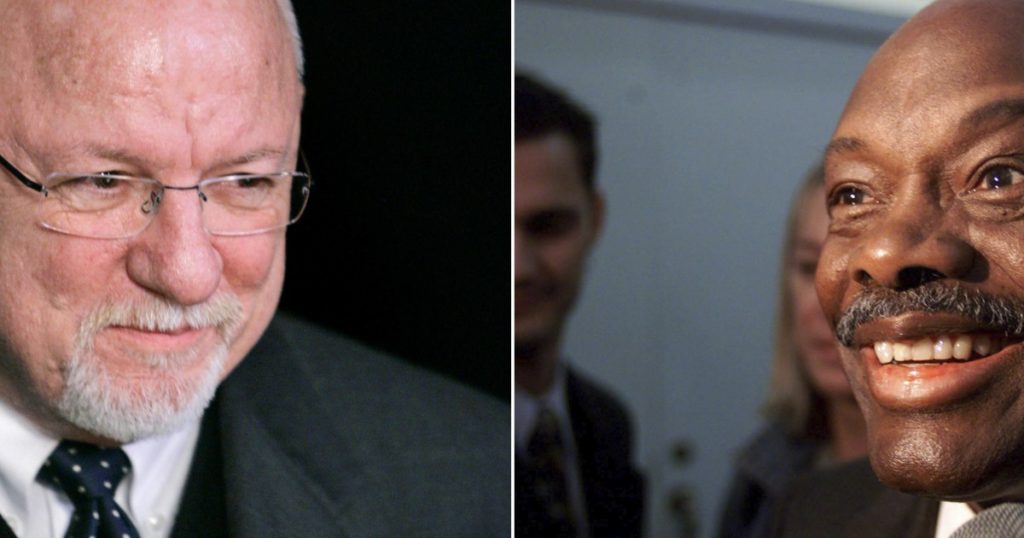 Willie Brown thinks Donald Trump “is going down in history as being maybe the worst president.”

That’s no surprise. The former Assembly speaker and mayor is a San Francisco liberal. But Ed Rollins?

Rollins is a career Republican strategist who managed President Reagan’s landslide reelection in 1984 and led a super PAC last year that backed President Trump, raising more than $60 million. In 2016, he also ran a pro-Trump fundraising PAC.

Trump “turned out to be a terrible president,” Rollins told me.

“He never understood the game. And this last thing he did, what he’s being impeached on, was just appalling.

“He never took the time to learn the process to govern. Whether you’re a Republican or a Democrat, there’s a process… .

“My assumption when he started out was that there were [going to be] good people in the White House…and he would listen to those people,” Rollins continued. “But he didn’t seem to listen well… He brought in inexperienced people and became ego driven.”

So why did Rollins raise tons of money to help Trump try to win reelection?

“I wanted to still stay in the game,” he replied candidly. “I raised money for a PAC. I didn’t want to work for him, per se.”

Their shared views about Trump aside, Brown and Rollins always have been polar opposites on core political issues. By the standards of today’s polarized world, they shouldn’t even be talking to each other.

But these codgers are old school. They’ve been trusted friends and sometime allies for decades. I interviewed them jointly.

Roughly 40 years ago, Rollins — then the top aide to the state Assembly Republican leader — helped swing the deal that made Brown Speaker. Brown got more votes from Republicans than he did Democrats. That was his steppingstone to being elected San Francisco’s mayor for two terms.

“I don’t think we ever thought Willie was going to be speaker for 15 years,” Rollins said, only half-jokingly.

Brown, 86, and Rollins, 77, called me to promote a new public affairs firm they’ve formed, called Unifire. The name apparently is supposed to connote bipartisan unity. No lobbying. Just veteran advice on how to solve government-related problems in Washington or anywhere else.

I don’t normally do startup promotions. But I do try to write about interesting people. And few have been more interesting over the decades than Brown and Rollins.

Brown’s story is the American dream. He was a poor Black kid who grew up in Jim Crow rural Texas, shining shoes in a whites-only barbershop and fishing tips out of a spittoon. After graduating from a segregated high school, he caught a bus for San Francisco, where he got a law degree and ousted a veteran white male lawmaker to capture an Assembly seat.

Rollins has never, ever held back on what he thinks.

Last July, Rollins told The Times that Trump “bungled the virus response, and he doesn’t want to deal with it anymore.”

That criticism would have been hard for any rational person to fault. But there have been many Rollins eye-popping comments over the years. Several were in his 1996 “kiss and sell” autobiography, “Bare Knuckles and Back Rooms: My Life in American Politics.”

I asked him whether he had any regrets.

“Nope,” Rollins replied, adding that he had taken the advice of longtime Reagan political and press aide Lyn Nofziger, who told him: “‘If you’re going to write a book, then you have to tell the truth about yourself and [others]’…. I thought I was out of politics at the time.”

“The contrast between him and Reagan, who I worked for, is that Reagan had no ego,” Rollins said. “Reagan basically hired people like [late former Secretary of State] George Shultz” and listened to them.

Trump “didn’t handle the virus well. If a year ago he had told people, ‘This is serious. Get a mask on… .’ But he didn’t. Even when he got the virus himself, he didn’t. He wanted to be Superman.”

“I doubt he’s going to be the nominee of this party again,” Rollins said. “And if he does manage it, he will have a hard time winning the presidency back. I think he’s going to face some legal problems.”

“We really have our work cut out for us” because Democrats lost seats in the U.S. House and in state legislatures across the country, Brown said.

“We’ve got to do what Stacey Abrams did in Georgia.” That means organizing Black, Latino and poor people who haven’t voted before, he added.

“It’s going to be the South where Democrats need to rethink. They aren’t thinking at the moment.”

Asked about the future of his one-time girlfriend, Vice President Kamala Harris, Brown said: “Her future is the presidency. Period. She’s that able. That smart. Really a much more clever politician than most people think.”

Trump could have used some from both Brown and Rollins.