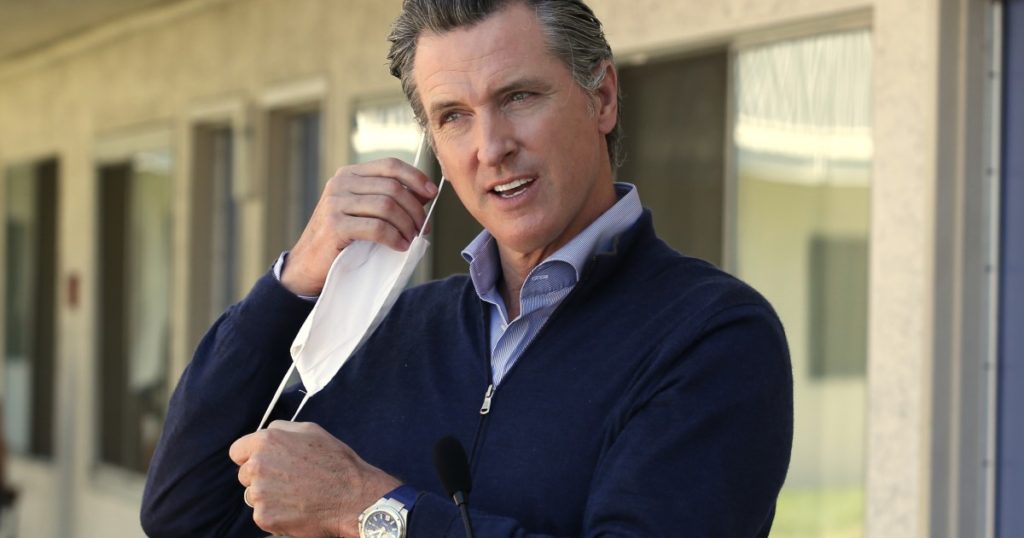 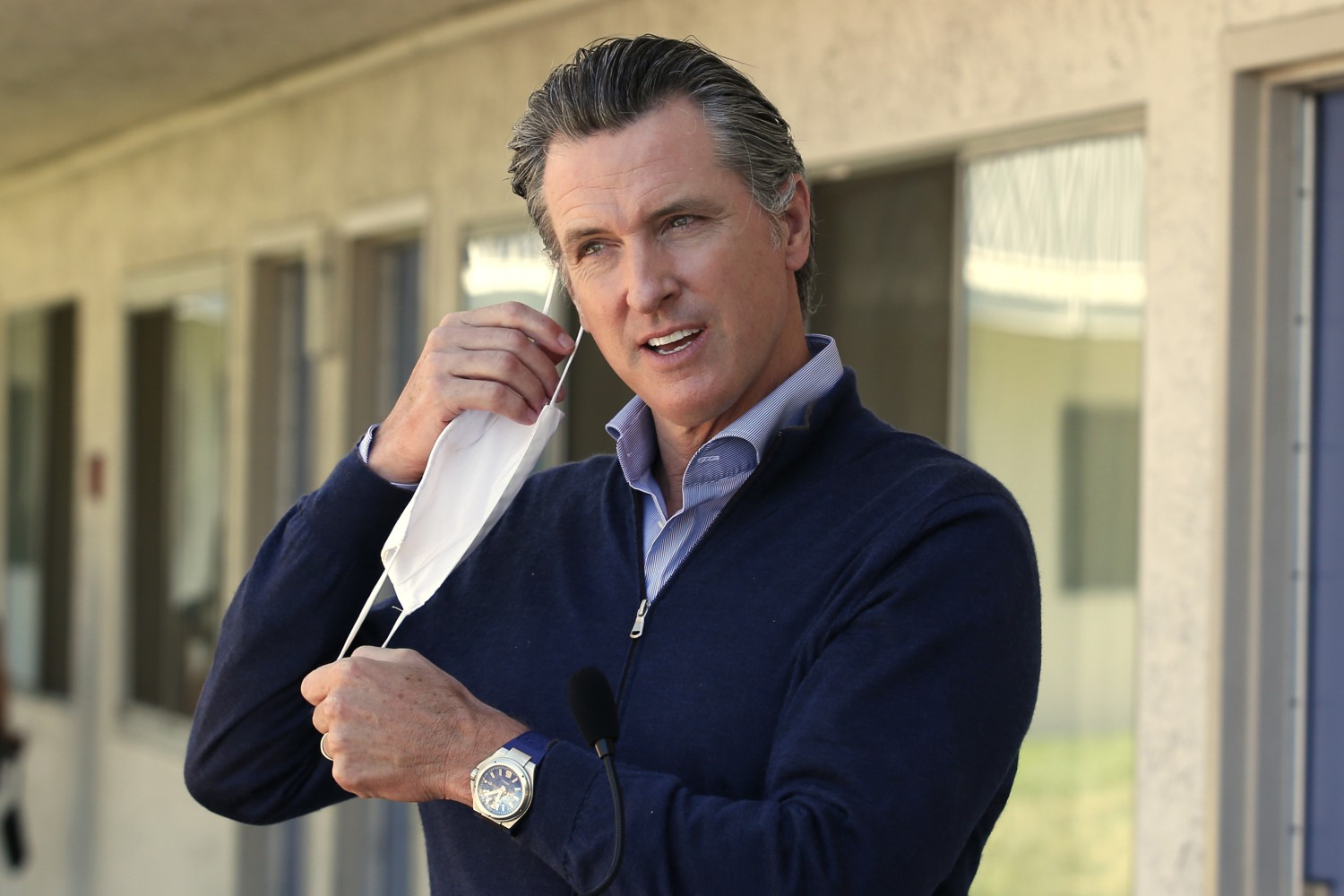 Judges will decide whether Gov. Gavin Newsom has the legal right to dictate public activity during the pandemic. But the public will judge whether he has the moral right after committing a hypocritical blunder.

A lawsuit brought by two Republican legislators challenges the governor’s legal authority to unilaterally make decisions about fighting COVID-19 without the Legislature participating.

It’s an important academic question about the constitutional separation of powers that affects the ability of this and future governors to act quickly in an emergency.

The question of moral authority involves the governor’s credibility and ability to lead the state. Will people follow Newsom’s guidelines for protecting themselves against the coronavirus after he ignored his own advice — and didn’t come completely clean about it?

Newsom’s attendance with his wife, Jennifer Siebel Newsom, at a 50th birthday party for a longtime lobbyist friend at a fancy wine country restaurant was a blockhead move.

The soiree on Nov. 6 at the Michelin-starred French Laundry in the Napa Valley didn’t violate any local pandemic restrictions then in place. But it did counter the governor’s persistent nagging at Californians about the risks of gathering in groups of people from more than three households.

And the opulent dinner party at a restaurant where the average meal costs hundreds of dollars had a bad smell. It’s a stressful time financially for many Californians, after all, as businesses fail and workers are laid off because of restrictions ordered by Newsom — and most governors — to protect people from virus exposure.

Newsom apologized after the San Francisco Chronicle broke the story.

“It was an outdoor restaurant,” the governor told a news conference Monday. “As soon as I sat down … I realized it was a little larger group than I had anticipated. And I made a bad mistake…. I should have stood up and walked back down to my car and drove back to my house.”

Newsom acknowledged that “the spirit of what I’m preaching all the time was contradicted.”

OK, but what about that “outdoor restaurant” bit? People are supposed to be safer outside. But Fox 11 Los Angeles ran pictures Tuesday night that undercut the governor’s characterization of an outdoor party. The photos showed a private dining room with a roof, three walls and another wall with sliding glass doors opening outside.

Fox 11 quoted a patron who said the party was loud and at one point the sliding doors were closed.

The restaurant apparently considered it outside dining.

Look, I may be in the minority, but the fact that the governor attended a birthday party for his friend — lobbyist or not, big group or small, inside or outside — doesn’t bother me. They’re all grown-ups, know the virus risk and can decide for themselves.

What is bothersome is the governor constantly telling me and other Californians that we shouldn’t do what he did. It’s hypocritical, and the governor admitted it.

It’s also a really bad look politically. It’s the epitome of elitism, the kind of thing many voters — especially Trump supporters — despise in what they consider limousine liberal politicians who can’t relate to their struggles.

The birthday boy, Jason Kinney, is more than a lobbyist and friend of Newsom. He’s one of the governor’s most trusted political advisors. In this case, inviting Newsom to such a problematic event was political malpractice.

Now about the separation of powers.

For most of 2020, California has been under one-man rule in California in dealing with the pandemic — not one-party rule. Courts will decide how legal that is.

Newsom has been operating under the state Emergency Services Act, which gives a governor immense power to act independently of the Legislature in a crisis.

Superior Court Judge Sarah Heckman of Sutter County — a bastion of Republicanism — ruled that Newsom overstepped his authority in June when he ordered mail ballots to be sent to all registered voters. The Legislature later passed a bill giving him that authority without question.

But the judge said that didn’t make the case moot. The governor has routinely violated the state Constitution, she wrote, by not just suspending law, which he is empowered to do, but creating it. Making law is the Legislature’s sole right, she said.

The two Republican plaintiffs — Assemblymen James Gallagher of Yuba City and Kevin Kiley of Rocklin — say they didn’t object to sending mail ballots to all voters. They just believed only the Legislature could order it — and that applies to lots of other pandemic issues.

“The governor has turned California into an autocracy,” Kiley says. “He does not get to rule as an autocrat just because we’re in a state of emergency.”

I called some professors and asked whether they thought a governor could act unilaterally indefinitely.

“You can stretch executive orders too far. They’re not supposed to be an end run around the Legislature,” said Jessica Levinson, a Loyola Law School professor who focuses on political law.

“I get it. It feels somewhat oppressive to have him take a lot of power. But it doesn’t mean he’s doing it illegally. By and large, the governor’s actions have been legal and as a result we’re better off.”

Claremont McKenna College political science professor Jack Pitney says he thinks it’s “possible the Superior Court decision is correct. But the problem is [Newsom] doesn’t seem to be getting tremendous pushback from the Legislature and it’s easy to understand why.

“Whatever the governor decides has the potential to blow up. If it’s too restrictive, a lot of people lose jobs and businesses. If it’s too weak, people get sick and die. It’s understandable that legislators don’t want to be part of either decision.”

Fred Smoller, a Chapman University political science professor, says: “The executive is the crisis manager. We have one governor, not a team of governors.”

We’re fortunate we have a governor willing to make hard, quick decisions, whether or not we agreed with them. Besides, the Legislature was crippled by the pandemic and is normally pokey when it’s healthy.

But Newsom needs someone else to decide for him which birthday parties to attend.