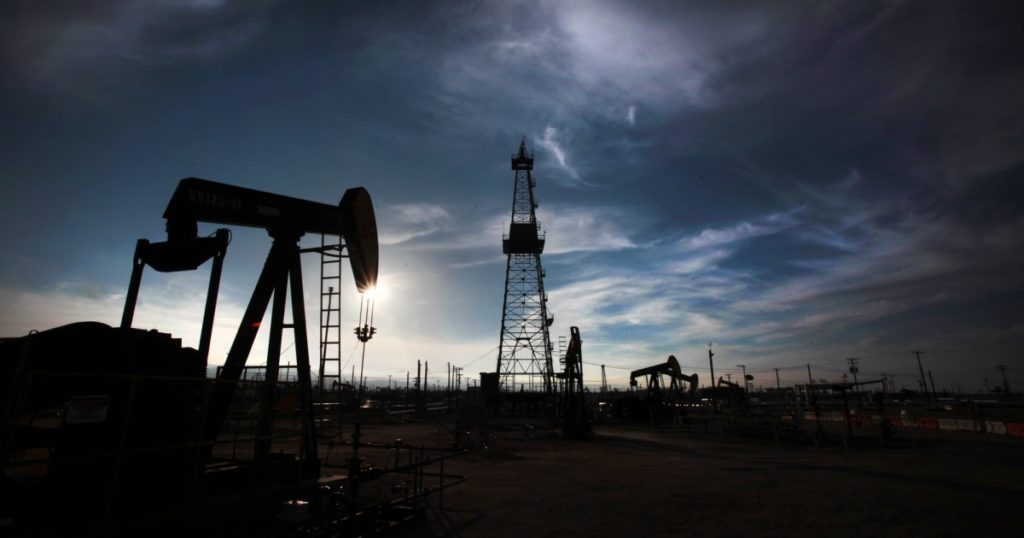 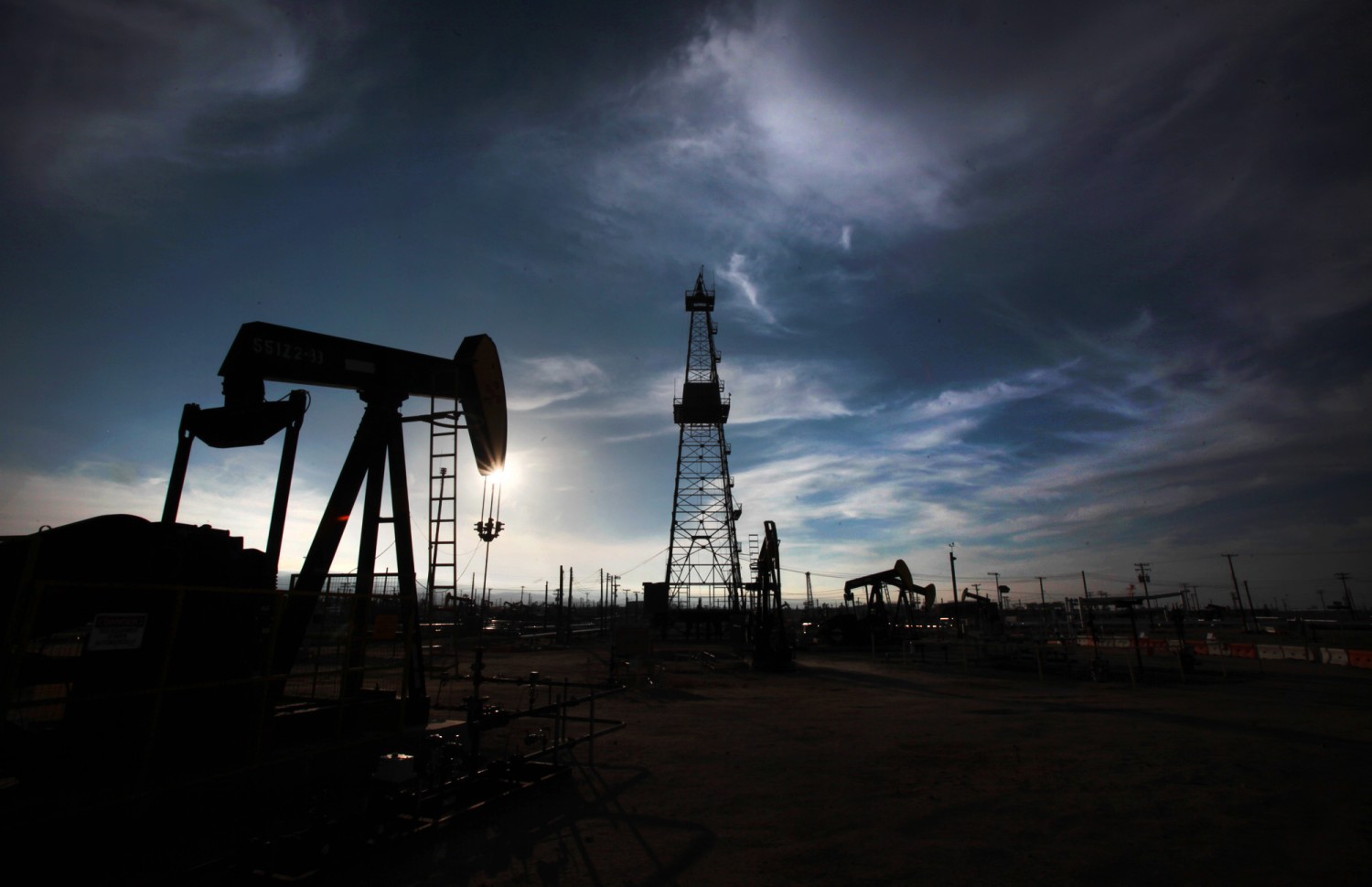 There are three ways to look at Gov. Gavin Newsom’s recently announced phaseout of fracking and desire to end all California oil production.

The first two are both credible and the third is fact.

One, it’s in Newsom’s DNA to be the first to do things, such as issuing a statewide stay-at-home order at the start of the pandemic. Now he’s the first governor planning to ban oil production.

It also reasserts California’s governor — whether it’s Newsom, Jerry Brown or Arnold Schwarzenegger — as the nation’s leading state executive in fighting climate change. Newsom seems to sincerely believe fossil fuel is crippling the planet, as did his predecessors.

Two, it’s a political show. Newsom is protecting his left flank, trying to keep progressive Democratic voters in line as he fights the Republican-led recall attempt. He doesn’t want another viable Democrat with gubernatorial ambition to sense an opening and enter the recall race. His aim is to close that door.

Three, regardless of the governor’s motive, closing down oil production would be a historic game-changer. California’s economy in the 20th century, particularly before World War II, was largely built on oil.

As the late historian Kevin Starr wrote in “California,” one of his many books about the state: “Oil, in fact, created the industrial infrastructure of Southern California beginning in the 1890s….

“The Los Angeles Basin alone in 1924 produced 230 million barrels of crude oil…. Pumps and derricks were everywhere, extending into the ocean itself.”

It would have been unimaginable in the 20th century for a California governor to advocate killing off the oil industry, the generator of hundreds of thousands decent-paying, middle-class jobs.

But we didn’t know then what we do today about fossil fuel’s contribution to planet-devastating climate change.

“The climate crisis is real,” Newsom declared in announcing his goal of ending all oil extraction by 2045. “As we move to swiftly decarbonize our transportation sector and create a healthier future for our children … I don’t see a role for fracking … and, similarly, believe that California needs to move beyond oil.”

Industries tend to ultimately fade, if not disappear. Gold mining launched the state, polluted the streams and land — and virtually vanished. Aerospace and the defense industry created a boom starting in World War II but faded after America won the Cold War 30 years ago.

California’s oil production peaked in 1986 and has declined since then by more than two-thirds, according to the U.S. Energy Information Administration.

For decades, we were the third-largest oil producing state. But we have slipped to seventh. Texas is by far the biggest.

“Our decline is because we aren’t allowed to reverse the decline,” says Catherine Reheis-Boyd, president of the Sacramento-based Western States Petroleum Assn. “There’s a boatload of crude oil in California and we have it locked up in rock. California’s policies don’t allow us to produce it.”

Unlocking the rock is the role of fracking, formerly called hydraulic fracturing. It’s a drilling technique that uses a high-pressured mixture of water, sand and chemicals to loosen oil. But it can cause groundwater contamination and chemical spills.

Newsom has come across as wishy-washy on the controversial oil drilling technique. He proclaimed his opposition to fracking, but initially insisted a governor was powerless to ban it.

“We simply don’t have that authority,” he said in September. “That’s why we need the Legislature to approve it.”

But the governor didn’t use his considerable political muscle to push a fracking ban through the Legislature. A Senate committee last month killed a bill that would have outlawed fracking. It also would have required a 2,500-foot buffer zone between oil wells and homes, schools and healthcare facilities so people could avoid breathing the toxic air.

The measure was aggressively opposed by the oil industry and organized labor. It’s labor that wields the most clout among Democrats and it persuaded Democratic committee members to scuttle the measure.

Sen. Scott Wiener (D-San Francisco), a coauthor of the bill, says he wasn’t irked at the Democratic governor for standing on the sidelines.

“There’s been lots of criticism of the governor,” Wiener says, “but the Legislature is a coequal branch of government and it’s our responsibility to pass good bills. I don’t typically go to the governor asking for help.”

Shortly after the legislative committee buried the bill, Newsom reversed himself and used his gubernatorial power to order that no new state fracking permits be issued starting in 2024.

He also ordered the California Air Resources Board to plan for the phasing out of oil extraction “no later than 2045.” That dovetails with California’s goal, set by Brown, of achieving carbon neutrality by that year. And it meshes with Newsom’s attempt to ban the sale of new gas-powered vehicles by 2035.

Of course, Newsom can’t be governor beyond 2026 — even if he beats the recall and then wins reelection next year, as expected. So, what happens in 2035 or 2045 really won’t be his call.

Banning oil production won’t be as simple as issuing an executive order.

Reheis-Boyd says there are 150,000 California jobs in the oil industry with average salaries exceeding $100,000 per year. It won’t be easy finding jobs paying that much working on solar panels or windmills.

The fate of oil production should be settled in the marketplace by consumer demand, rather than by gubernatorial fiat.

At the least, legislators and voters should participate in such a historic decision.