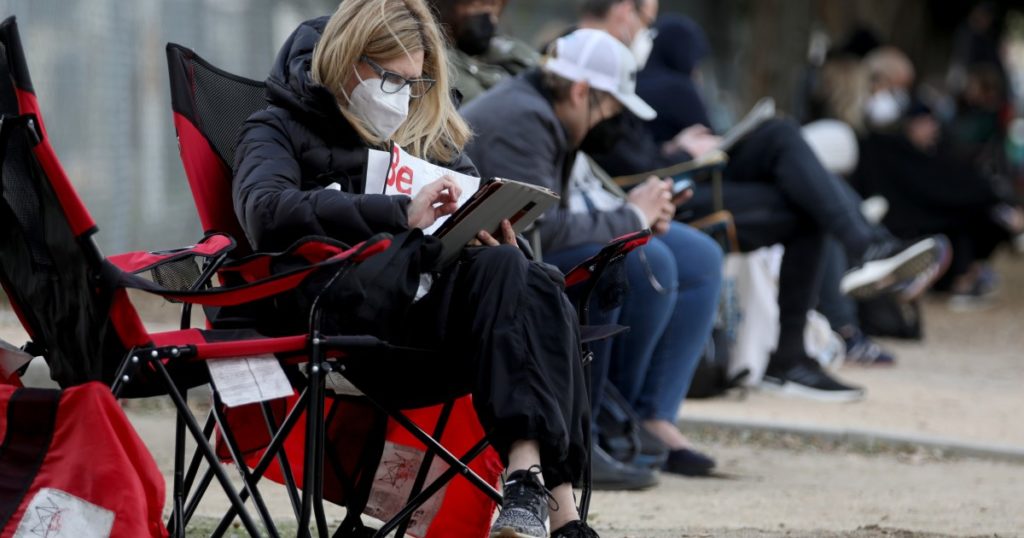 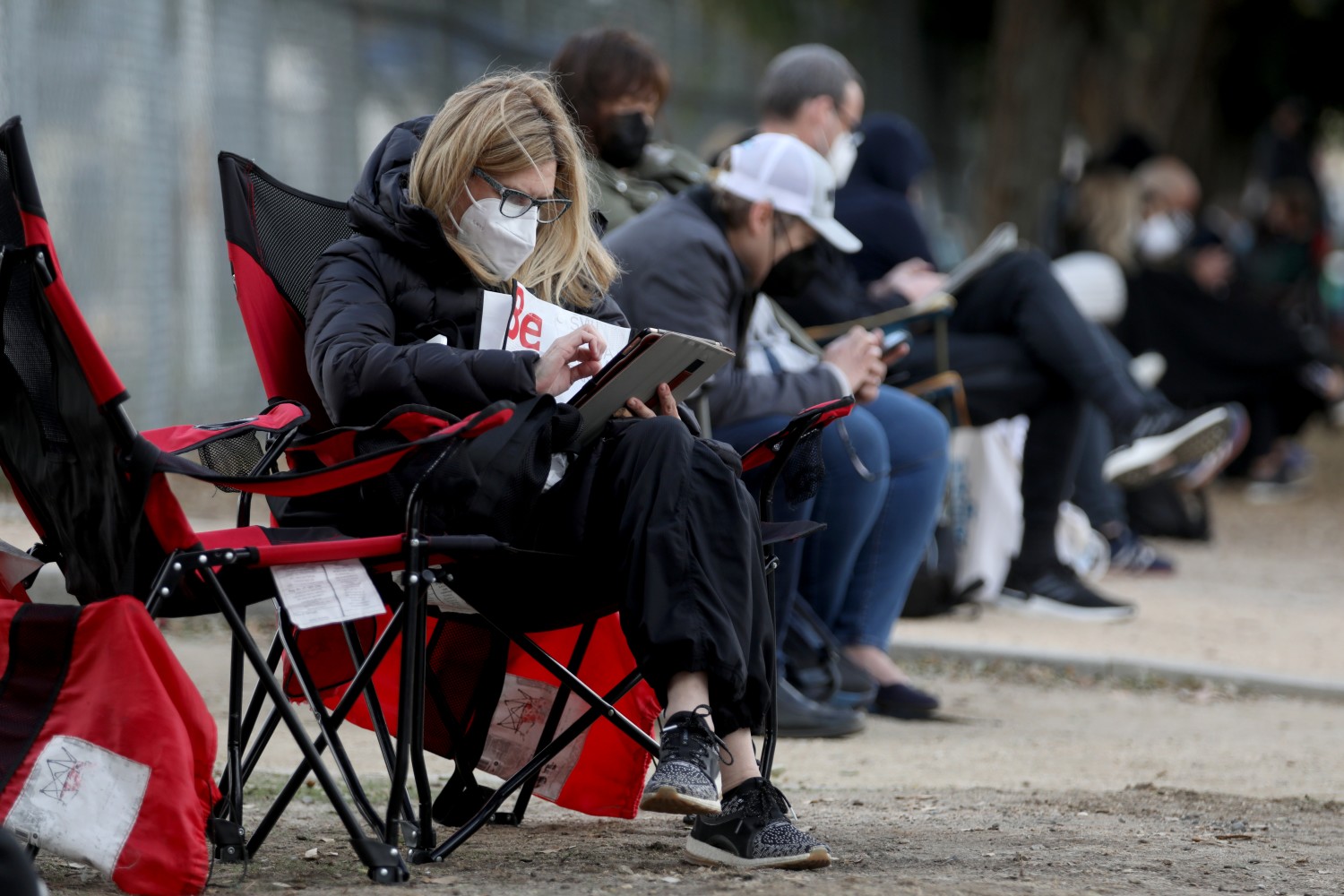 The Postal Service delivers mail to our homes practically every day. Why couldn’t government also bring us vaccinations?

Cities pick up our garbage that we roll to the curb. Water agencies send someone out to read our meters so they can bill us.

Why couldn’t some vaccinator from the government — or a healthcare provider it contracts with — knock on the door with a COVID-19 vaccine and stick it in our arms?

Sure, the inoculator would need to be a nurse — or physician’s assistant — maybe accompanied by a security guard.

It would be very costly. But so are the federal government’s multitrillion-dollar pandemic relief packages that are already used up, just enacted and still being proposed. No one in power appears to be fretting about the mountain of national debt that’s piling up.

Until the vast majority of us get vaccinated, hard times will continue for much of the country, including restaurants and other small businesses. For many, the cost in business and job losses is intolerable.

“If we get 70% to 85% of the country vaccinated — let’s say by the end of the summer, middle of the summer — I believe by the time we get to the fall, we will be approaching a degree of normality,” Dr. Anthony Fauci, the federal government’s top expert on infectious diseases, told White House reporters last week in his first news briefing of the Biden administration.

“It’s not going to be perfectly normal, but one that I think will take a lot of pressure off the American public.”

Not exactly cheery news that it’s likely to take most of the year to get enough people vaccinated.

“We didn’t get into this mess overnight, and it’s going to take months for us to turn this around,” President Biden said in signing 10 executive orders aimed at asserting his control over the pandemic fight.

OK, maybe home delivery of vaccinations is the silly fantasy of an impractical simpleton — one who grew up, however, in an era of home doctor visits that worked great.

The government has been delivering mail throughout the nation’s history and has had plenty of time to iron out kinks.

But all governments — federal, state and local — had 10 months lead time to plan a better vaccine distribution system than what we currently have. In some communities, it’s working OK. In others, it’s confusing and chaotic.

Everyone knew the only cure for the pandemic was a vaccine. Well, we’ve got two — and more are probably on the way. But governments and providers are bogged down trying to get the vaccine into people’s arms.

Websites that people are directed to crash. Or they’re unnavigable for average minds. Phones are never answered and don’t take messages. If reservations are made, too many are canceled.

I do know four people over 75 who have gotten shots. Three did so fairly easily through their counties — Fresno and San Luis Obispo. The fourth, in Santa Clara County, encountered an awkward provider website and gave up. But she knew a retired nurse who guided her to a shot.

I fumbled around a convoluted Sutter Health website trying to grab a reservation in Sacramento County — and surrendered. My granddaughter took over and landed me a Sunday evening slot in adjacent Yolo County. I got a Moderna vaccine and booked a time for a second shot.

In California — as in many states — the vaccine rollout has been agonizingly slow.

Hundreds of thousands of doses were left sitting on shelves despite the public’s desperate quest for them. Trying to make sure all doses were used, Gov. Gavin Newsom expanded vaccination eligibility to people 65 and older, an age group that has accounted for roughly 75% of COVID-19 deaths nationwide. Then phone lines were flooded by seniors and became inoperable. And websites crashed.

The biggest problem seems to be a dire shortage of vaccine. Local health officials complain they’ve received only a fraction of the doses they’ve requested from the federal government.

But nobody in Sacramento seems to be really sure of anything. Top officials are quibbling over the accuracy of data collected by an inefficient system rather than focusing all their energy on getting people vaccinated.

Data? To paraphrase the late singer Kenny Rogers, there’ll be time enough for countin’ when the shots are done.

Newsom has gotten much of the blame, especially from Republicans trying to recall him. That’s largely because he set himself up for failure by seizing the mantle of pandemic leadership in California — as he should have as governor. But Newsom’s edicts often have been conflicting and confusing. And he overpromised.

One dilemma for any California governor is the state’s geographic diversity. “One size doesn’t fit all” is not just a cliche. California has 61 local health departments with different operations.

“A lot is done by the counties, a lot by providers, a lot by pharmacies,” says Anthony Wright, who heads Health Access California, a Sacramento healthcare lobby, and sits on Newsom’s vaccine advisory committee.

“Moving California is like moving a steamship. Only it’s not really a steamship, it’s a flotilla.”

Biden is providing some relief for Newsom. Unlike former President Trump, who tried to avoid fighting COVID-19, Biden is wading into the battle. He even invoked the Defense Production Act to ramp up manufacturing of vaccination weapons.

“For a nation waiting for action,” Biden proclaimed, “help is on the way.”

So maybe Newsom’s off the hook. But probably not.

He really should consider home delivery, especially for us seniors. Ask the new president for help.