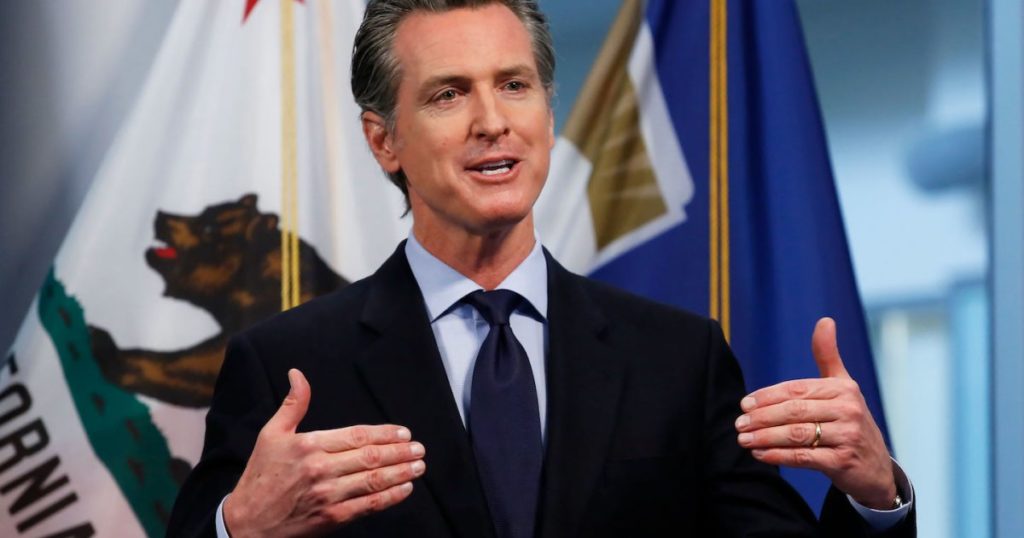 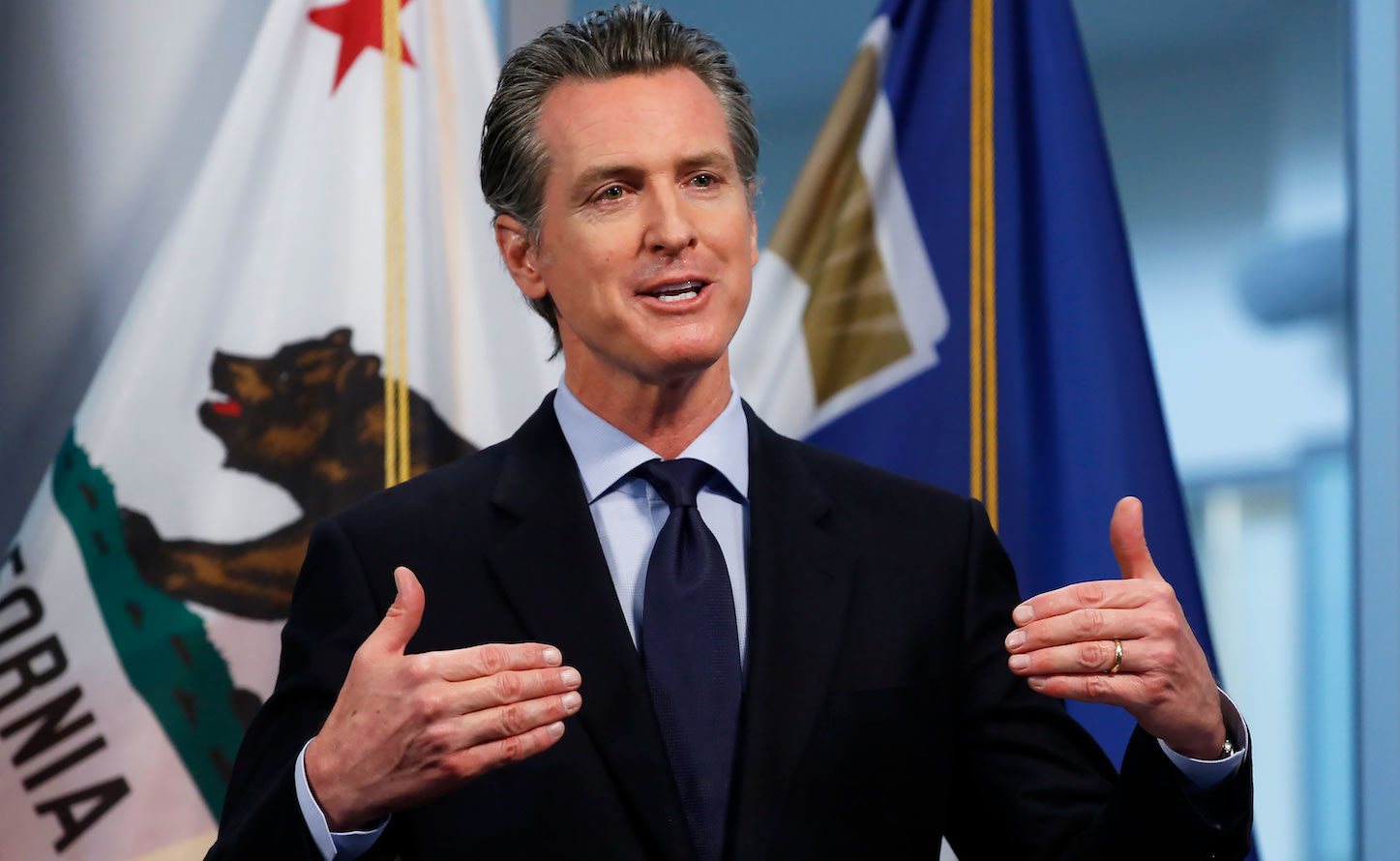 Conservatives are trying to yank Gov. Gavin Newsom from office. But their recall drive is probably doomed. This is why:

— Newsom is not Gray Davis.

— Kevin Faulconer is not Arnold Schwarzenegger.

— California is not the politically competitive state it was 18 years ago. Democrats now have a lopsided advantage.

All that said, Newsom would be foolish to kiss off the threat. He should prepare for the attempted recall to qualify for a special election ballot in late summer or fall.

Because — as Davis found out in 2003 — once a recall petition gathers enough signatures to force a statewide vote, events can spiral out of control for the target.

“My best advice is don’t ignore it,” says political consultant Garry South, the longtime strategist for Democrat Davis. South learned that lesson firsthand when Davis became only the second governor in the nation’s history to be recalled.

“Have your ducks in a row before it qualifies,” South says. “You need to do three things:

“Do some polling to see whether the recall has legs.

“Second, set up a war council, including people who have been through a recall. They have the playbook.

“Third, scope out every person who’s identified with the recall. Opposition research them.”

Translation: Dig up dirt that can be smeared all over the enemy.

Newsom’s political team isn’t saying what it’s doing, if anything.

“We don’t want to be dismissive because all it takes is one billionaire or a few multimillionaires” to finance effective signature-collecting, says Newsom political advisor Dan Newman.

“We’re giving it an appropriate level of attention. But the governor has his hands full with the pandemic.”

“Is this what voters want us spending time and money on versus getting everybody vaccinated and reopening schools and businesses?” Newman adds. “Is a special election a good use of $100 million in taxpayers’ money at a time when small businesses are in trouble?”

South thinks there’s a 50-50 chance the proposed recall will qualify for the ballot.

Backers got an early Christmas present when a Sacramento Superior Court judge extended the deadline for collecting signatures by 120 days. He agreed with proponents that the pandemic made it unfairly difficult to solicit signatures. Their new deadline to turn in 1.5 million voter signatures is March 17, St. Patrick’s Day.

Sponsors say they’ve collected around 800,000. But they’ll need around 2 million to make up for invalid signatures.

Most have been collected by mail sent to Republican households.

“It’s going to be close, but I think it’s going to be on the ballot,” says veteran GOP consultant Dave Gilliard. He was a strategist in the Davis recall and is also advising the current effort.

But unlike Davis, Newsom has been relatively popular. His job approval ratings have been around 60% in independent polling.

Davis’ ratings were in the low 30s for several reasons:

He was unable to handle an electricity crisis caused mostly by Texas power pirates that resulted in rolling blackouts throughout California. The state budget was bleeding billions in red ink. He raised the so-called car tax and signed unpopular legislation providing driver’s licenses for immigrants here illegally.

Newsom is accused by recall advocates of being inconsistent in his pandemic managing. First, he ordered “nonessential” workers to stay at home and closed businesses and public schools. Then he relaxed the restrictions — and later he tightened them again.

Meanwhile, he recently got tagged with being a hypocrite for attending a lobbyist friend’s birthday dinner with several other unmasked couples at a fancy wine country restaurant, the French Laundry. It’s the kind of potential virus exposure Newsom has urged other Californians to avoid.

And he’s charged with incompetence because his administration sent out hundreds of millions of dollars in unemployment benefits to scammers, mostly using prisoners’ names.

So, Newsom’s high approval numbers may have slipped since the last round of public polling.

But there’s no Schwarzenegger waiting to pounce. The Hollywood action hero was warming up to run for governor in 2006 when Davis’ term was to expire. But the “Terminator” seized the priceless opportunity to run in the recall election. And it was all over once he announced on the “Tonight Show.”

“The power of celebrity. That’s what’s different” between the Davis recall and today, says former Schwarzenegger spokesman Rob Stutzman. “Arnold was the most famous person in the world next to the pope.”

By contrast, the most likely Republican to run in a Newsom recall election is barely known outside of San Diego. He’s that city’s former mayor, Kevin Faulconer.

In 2003, Republican President Bush had the good sense to avoid getting involved in the California recall. But President Trump, who tweets incessantly and loves media attention, undoubtedly would find the recall brawl irresistible.

“If Newsom can make it about Trump, Newsom wins,” the Democratic sage wrote.

Trump is highly unpopular in California. Moreover, the GOP brand has lost its statewide appeal. In 2003, Democratic voters outnumbered Republicans by only roughly 8 percentage points. Currently the gap is nearly 22 points.

Two more differences between then and now.

In 2003, Democratic Lt. Gov. Cruz Bustamante broke his promise and ran for governor in the recall. He was trounced, but many voters thought they could recall Davis and still have a Democratic governor, Bustamante. It’s hard to imagine any Democrat betraying Newsom like that.

Back then, wealthy Rep. Darrell Issa of San Diego County dreamt of being elected governor. So, he donated nearly $2 million to pay for signature collecting. There’s no such benefactor around today, at least so far.

But the best way for Newsom to fight the recall is to get us all vaccinated, send kids back to their classrooms and reopen restaurants and other businesses. And stay away from dinner parties at expensive restaurants.