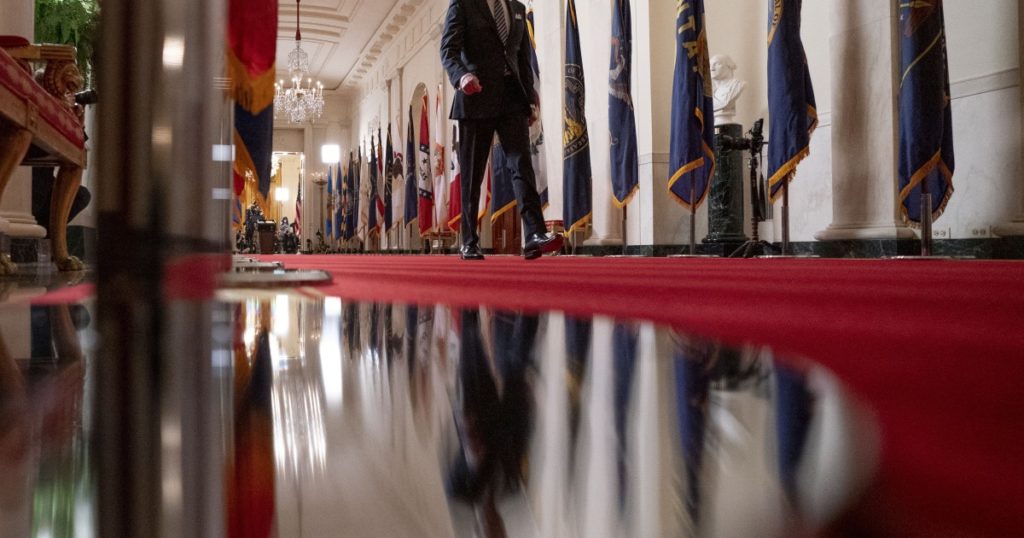 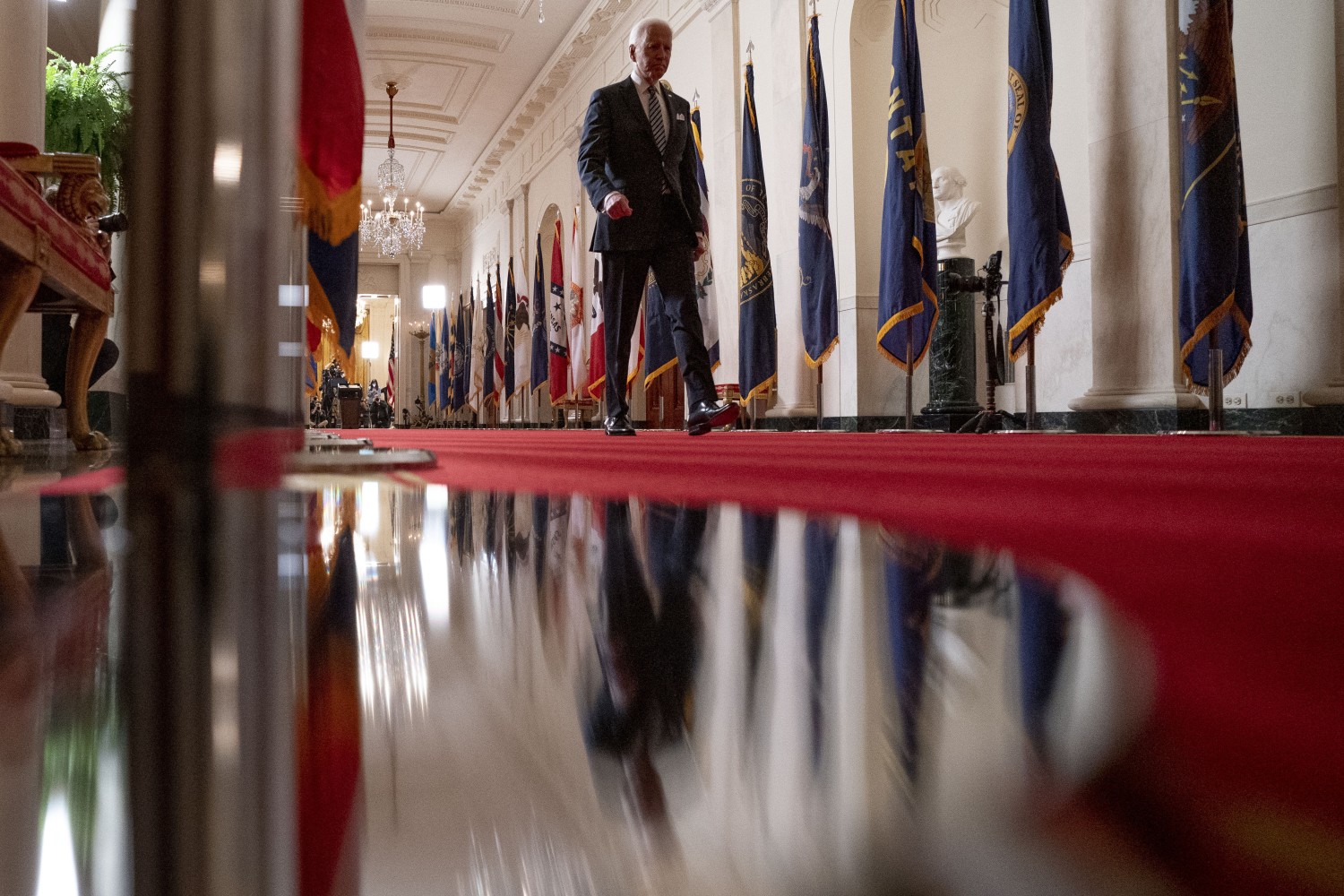 It’s pounded into us that elections have consequences. And many people will soon feel it in their pocketbooks.

Not one Republican in Congress voted for President Biden’s $1.9-trillion coronavirus relief package and no Democrat voted against it.

The historic legislation’s enactment was a consequence of Americans choosing a Democratic president, leaving a razor-thin Democratic majority in the House and turning over control of the Senate — barely — to Democrats.

The measure was the latest in a series of federal relief packages that have pumped roughly $4 trillion into the economy for individuals, businesses, states and local governments in the last year.

In Sacramento, Gov. Gavin Newsom and the Legislature have also been spending like money’s no object — and it hasn’t been — to mitigate the impact of the COVID-19 pandemic.

That’s the consequence of California voters electing a lopsided one-party government in which Democrats completely dominate. Republicans are in no position to negotiate. And if they oppose any Democratic offering — which they generally haven’t on COVID-19 relief — no one notices.

I’ll be the skunk at the Democrats’ celebratory picnic and admit I’m not convinced all that spending is really needed. Nice to be on the receiving end, yes. But actually necessary — at the expense of driving up the national debt even higher? Doubtful.

And Sacramento politicians eating into state government’s surplus when the state has so many needs, including reducing homelessness and preventing wildfires? I’m skeptical.

Republican members of Congress weren’t totally wrong to oppose the Democrats’ bill. Unfortunately, rather than bargain in good faith, their goal seemingly was to delay the new president’s first major victory while landing as many blows as they could.

Look, everyone would like to receive a $1,400 check. But not everyone who’ll be getting one really deserves to.

For example, my adult grandchildren. (Sorry, kids.) None of them lost their jobs or suffered financially because of the pandemic. But they’ll be gifted $1,400 each. That kind of money should go to people smacked hard by the health crisis, not just anyone making less than $75,000 annually.

Couples who file their taxes jointly will receive $1,400 each — $2,800 total — if their household income is less than $150,000. They’ll get it regardless of whether they were hurt by the pandemic.

There should have been some proof of need required before Biden and Democrats just tossed money out the Treasury door. Maybe that would be too difficult for a government agency to handle.

Another relative received a $20,000 small-business loan last year under a pandemic relief act. Then she decided the money wasn’t needed and has been trying to repay it. But she can’t reach any federal employee — by phone or mail — to tell her how to send back the money.

Sacramento has been the capital of scandal because of its incompetent handling of expanded unemployment benefits. At least $11 billion, and perhaps as much as $30 billion, was paid to fraudulent claims by Newsom’s Employment Development Department. Much of the wasted money went to imprisoned criminals and foreign gangs.

The federal government’s pandemic aid has been compared in size and heft to President Franklin D. Roosevelt’s New Deal relief during the Great Depression. But most of FDR’s programs were targeted at job creation and putting people to work.

The U.S. and California governments have provided a staggering list of benefits to people, schools and businesses. Most people are beneficiaries of the federal largess. Even if you’re not, your taxes will be paying for it — and long into the future.

Biden’s American Rescue Plan will pump more than $150 billion into California’s economy. Nearly half of that will go directly to people in the form of $1,400 payments and expanded unemployment benefits — assuming the state EDD gets its act together.

Roughly $42 billion will be sent to California state government, counties and cities. The state will receive $26 billion and local governments will split $16 billion.

Under the act, states aren’t allowed to use the federal money for tax cuts. But fat chance California would do that anyway. Aside from this restriction, Newsom and legislators have wide discretion to spend the money as they wish.

To put the new federal aid in perspective, it’s roughly 11% of the $227-billion state budget Newsom proposed for the next fiscal year starting July 1.

“As a California resident, I should be happy the state is receiving all this money, but it’s not deserved,” says Jon Coupal, president of the Howard Jarvis Taxpayers Assn.

“The biggest problem is that it takes away any incentive to achieve structural reform in things like education and [public] pensions. When it’s given all this money, the state is just going to behave in a profligate manner.”

Coupal cited “a shocking analysis” by the nonpartisan Tax Foundation showing that the federal act’s total relief for states — $195 billion — amounts to 116 times all the revenue the states lost in 2020.

Actually, California state government is working on an estimated $25-billion surplus, although it has been eating away at the stash.

Newsom and the Legislature spent $7.6 billion on a state stimulus package that, among other things, will send $600 payments to low-income Californians.

They appropriated $6.6 billion to prod schools into reopening classrooms.

And they’re about to authorize $2.3 billion in business tax breaks.

There’s lots of tax money flying around to be given away.

At least this should end any liberal fantasies of raising state taxes even higher. But it won’t.

Whether you like any of this or not, it’s the end result of the last elections.