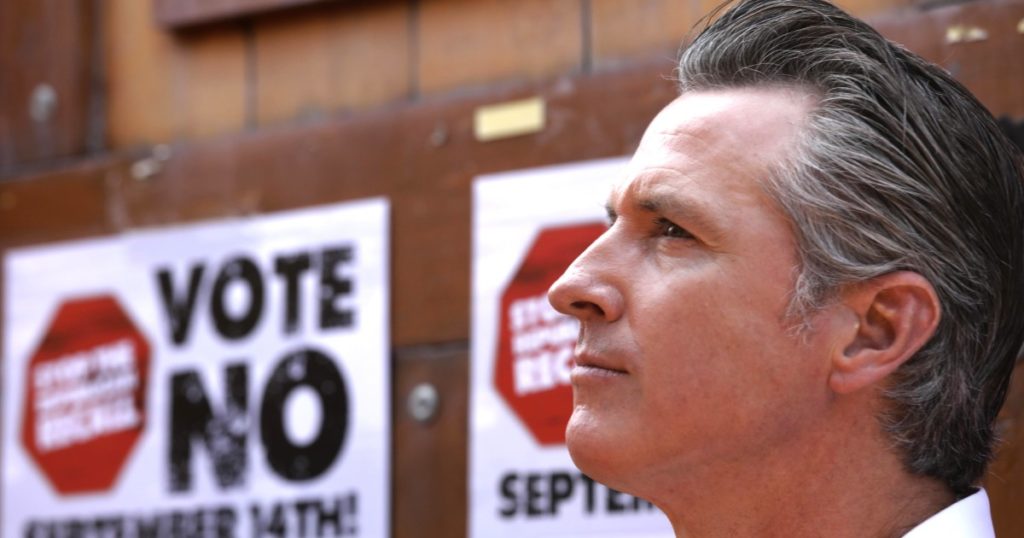 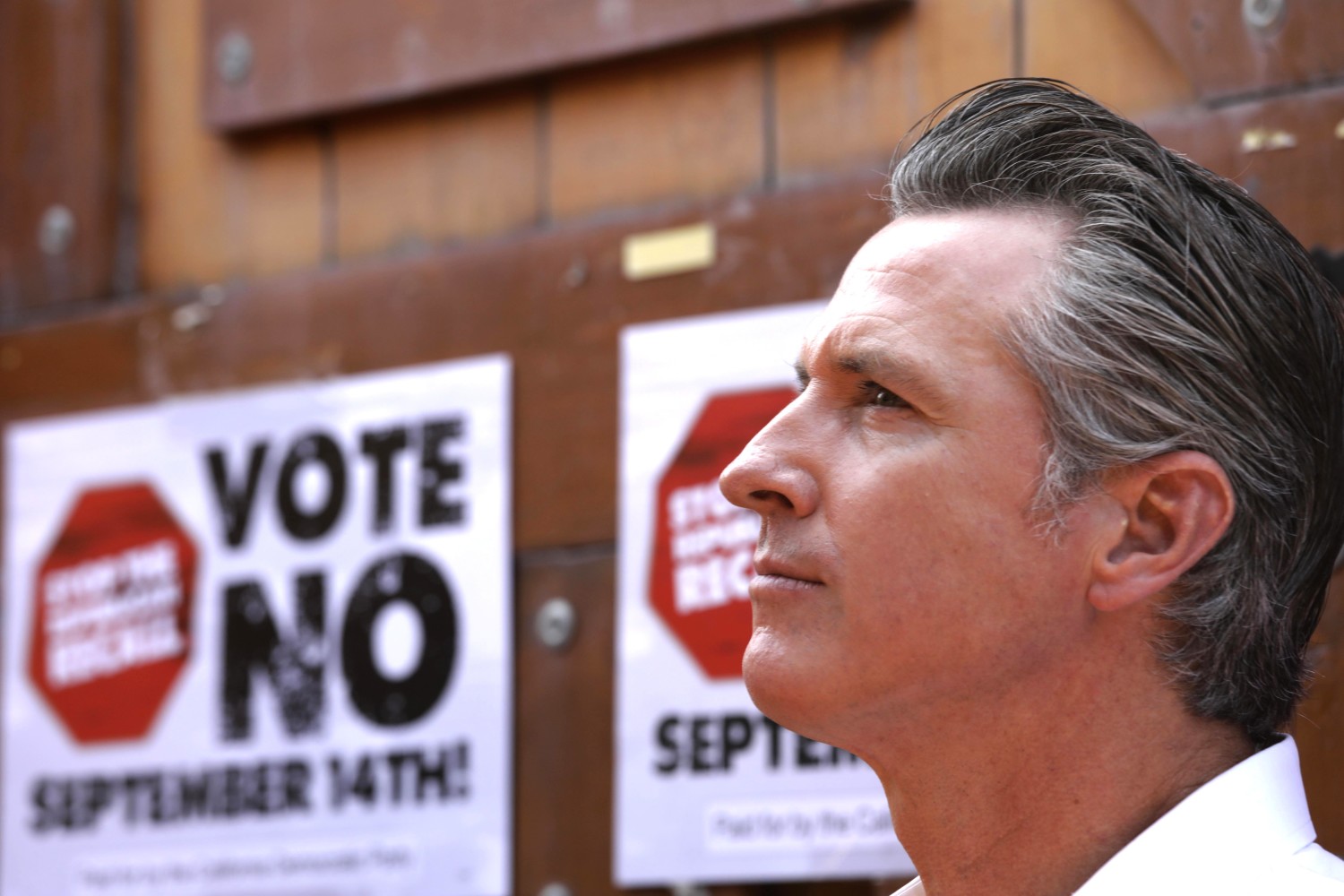 Readers are emailing that they plan to write in Gov. Gavin Newsom’s name as the “replacement” governor if he’s recalled. Forget it.

You might as well write in the Golden Gate Bridge. The vote won’t be counted.

Ousting the governor while simultaneously crowning him would be an electorate’s ultimate contradiction. So, it’s sensibly not permitted by the California Constitution.

“I think there’s an argument about keeping Newsom’s name off” the list of replacement candidates, Chemerinsky replied. “There’s a right to have access to the ballot to be a candidate. Arguably keeping Newsom from being listed violates his constitutional right.”

Nearly four dozen gubernatorial wannabes are listed on the Sept. 14 recall ballot, and only a handful of them are really running. But the incumbent’s name is not included because he’s not allowed to replace himself if recalled.

Newsom would need to file a lawsuit in federal court to remedy his exclusion. But he hasn’t. And the question seems moot for this election.

Chemerinsky is certain of one flaw, however. He believes California’s recall process violates the U.S. Constitution for another reason.

Newsom could be recalled on the ballot’s first question by a bare majority of votes. That means he could receive 49.9% of the vote and still be dumped. Then, on the ballot’s second question, his successor could be elected among the large field by a small plurality of, say, only 25%.

So, Newsom could receive nearly twice as many votes as the winner does but still lose.

Of course, those are votes on two separate questions: Should Newsom be recalled? And if he is, who should replace him?

“But it’s one ballot,” Chemerinsky says. “They’re the only two questions on the ballot. And they’re related.”

Doesn’t the U.S. Constitution give states the right to elect officials any way they choose?

“States can choose how to select a governor so long as it’s consistent with the U.S. Constitution,” the professor answers. “Part of the constitutional requirement is that every person must have the same influence on the election.”

He cites the U.S. Supreme Court’s “one person, one vote” rulings of the early 1960s.

“The Constitution simply does not permit replacing a governor with a less popular candidate,” they asserted.

Again, Newsom would need to file a suit to challenge California’s law. And there’s no sign of him wanting to do that.

State Sen. Ben Allen (D-Santa Monica) introduced a constitutional amendment in December that would have allowed a recall target to be listed on the ballot as a replacement candidate. But Allen didn’t push the legislation.

After this election, there should be a major effort to create recall reforms.

In this case, there’ll be a regular election for governor next year anyway. But if there weren’t, a special election could be held to fill out the rest of the recalled governor’s term — just as happens in U.S. Senate vacancies.

“It would take a lot of mischief out of the recall if we treated it like a resignation and had the lieutenant governor succeed the governor,” says Rose Kapolczynski, a veteran Democratic consultant.

If the governor were recalled, she says, “then you could have an election where Democrats and Republicans were free to run — a clear vacancy and a fair fight.”

Republicans, outnumbered by Democrats nearly 2 to 1 in California, saw very little chance of beating Newsom in the 2022 regular election, Kapolczynski says. So, they backed a recall “to rig the system and create a low turnout election where they have a better chance.”

“That would go away if you separated the recall election from a replacement election.”

“The recall [system] is a prescription for mischief-making. So why not remove the incentive?” he says.

Levine also advocates increasing the number of voter signatures required to qualify a recall measure for the ballot. Now, it’s 12% of the votes cast in the last election for the office. He’d increase that to at least 20%.

It’s a way to “assure that future recalls are broad-based citizen efforts motivated to cure malfeasance or corruption and not partisan exercises to oust a member of the opposition party,” Levine says.

For the Newsom recall, roughly 1.5 million signatures were required. Under Levine’s proposal, about 2.5 million would have been needed. Recall sponsors probably would have fallen short.

“I think the way our recall system is structured is bad for the state and bad for democracy,” Kapolczynski says.

It’s also bad for taxpayers. The recall election will cost them $276 million.

Don’t waste any of it by writing in Newsom’s name to succeed himself.