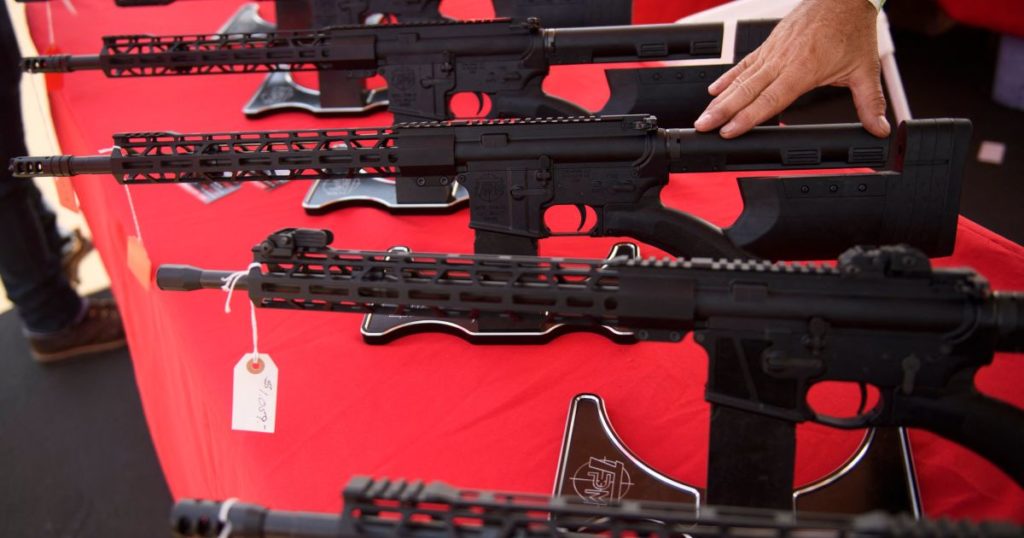 Gov. Gavin Newsom thinks the federal judge who tossed out California’s assault weapons ban is “a wholly owned subsidiary of the gun lobby and the National Rifle Assn.”

“Shameful. Shameful in every way, shape or form.”

OK. Those are harsh words — unusually strong by a governor attacking a judge. They vented steam and pleased gun control advocates at a time when Newsom is trying to shore up his liberal base to fend off a conservative-led recall attempt.

But the tough rhetoric is essentially powerless.

The judge’s written opinion, although it began with a nutty comparison of a Swiss Army knife to an AR-15 assault rifle, may be on solid ground concerning a basic point: that what we call assault weapons have become so commonplace they now are protected by the 2nd Amendment.

“The banned ‘assault weapons’ are not bazookas, howitzers or machine guns,” the judge wrote.

“Instead, the firearms deemed ‘assault weapons’ are fairly ordinary, popular modern rifles. This is an average case about average guns used in average ways for average purposes.”

Despite the state’s three-decade ban on the sale of assault weapons, the judge wrote, an estimated 1 million exist — 5% of California’s total 20-million private firearms arsenal.

“There are probably more modern rifles in circulation than there are Ford F-150 pickup trucks,” the judge wrote.

That assault weapons are commonplace is important, Benitez explained, because in a landmark 2008 U.S. Supreme Court case — District of Columbia vs. Heller — the majority’s test for a modern rifle’s 2nd Amendment protection was whether it is “commonly owned by law-abiding citizens for a lawful purpose.”

In the Heller case, the Supreme Court affirmed for the first time that individuals have a constitutional right to bear arms unrelated to militia use.

“The right secured by the 2nd Amendment is not unlimited…. The right was not a right to keep and carry any weapon whatsoever in any manner whatsoever and for whatever purpose.”

Newsom contends that the AR-15 is “nothing more than a weapon of war.”

If so, it presumably wouldn’t be constitutionally protected for private use.

Benitez himself referred to “a modern rifle” as a military weapon, writing it “can also be useful for war. In fact, it is an ideal firearm for militia service.”

The AR-15, when equipped with a high-capacity magazine, is a military-style weapon. But it doesn’t quite rise to the Army’s M16 killing capabilities.

The civilian rifle is semiautomatic, requiring a new squeeze of the trigger for each bullet fired. The military rifle is capable of automatic fire — commonly three-round bursts with one trigger squeeze.

UC Berkeley law school dean Erwin Chemerinsky, a widely respected constitutional scholar, believes that the Supreme Court has only protected firearms that were common when the 2nd Amendment was adopted in 1791.

In a recent Times opinion piece, Chemerinsky quoted the Heller ruling as stating that this constitutional limitation is “supported by the historical tradition of prohibiting the carrying of ‘dangerous and unusual weapons.’”

“No one can argue that AR-15-style weapons existed, let alone were in common use, in 1791,” Chemerinsky wrote. “Nor can it be denied that they are very dangerous weapons. This type of semiautomatic weapon has been used in many of the worst mass shootings.”

But UCLA law professor Adam Winkler, who focuses on the Constitution and 2nd Amendment issues, strongly disagrees with Chemerinsky.

Winkler interprets both the Heller opinion and a 1939 court ruling — United States vs. Miller — as broadly protecting firearms currently in common use. That ruling regulated sawed-off shotguns and machine guns.

“Benitez’s opinion was unnecessarily provocative,” Winkler says. “If nothing else, it was totally tone-deaf comparing Swiss Army knives to rifles.”

But the opinion’s conclusion was “certainly plausible,” Winkler continued. “It’s an opinion that’s likely to win over a number of justices on the Supreme Court.

“Really, these weapons weren’t commonplace 20 to 30 years ago — and when California’s law was first enacted. But military-style rifles have become quite common.”

“It’s likely that the Supreme Court is going to expand 2nd Amendment protections in coming years and that means striking down gun laws,” Winkler says.

That would mean more gun violence in California, statistics show.

Fine. But the judge could have the last word.

And if he does, it still won’t make a pocketknife equivalent to an assault weapon.