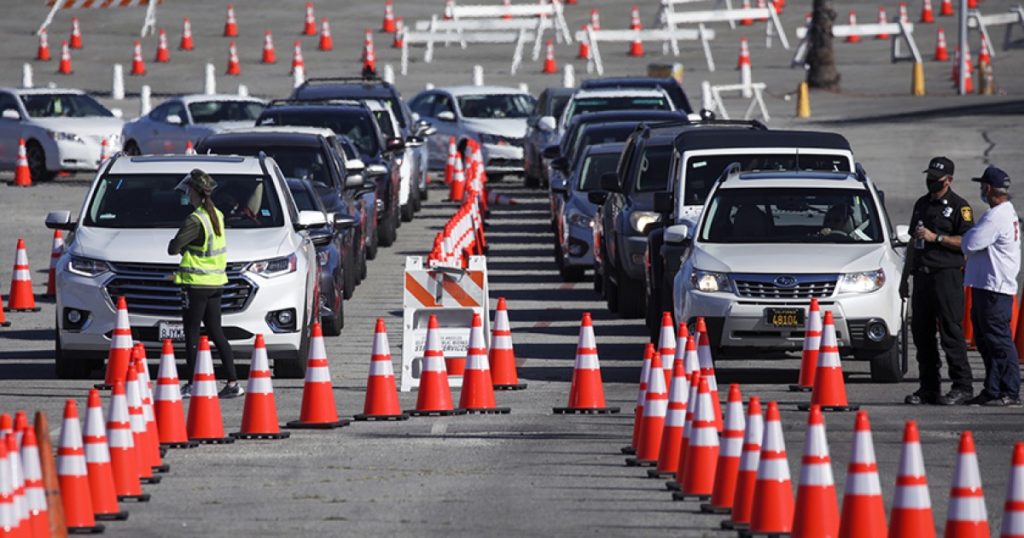 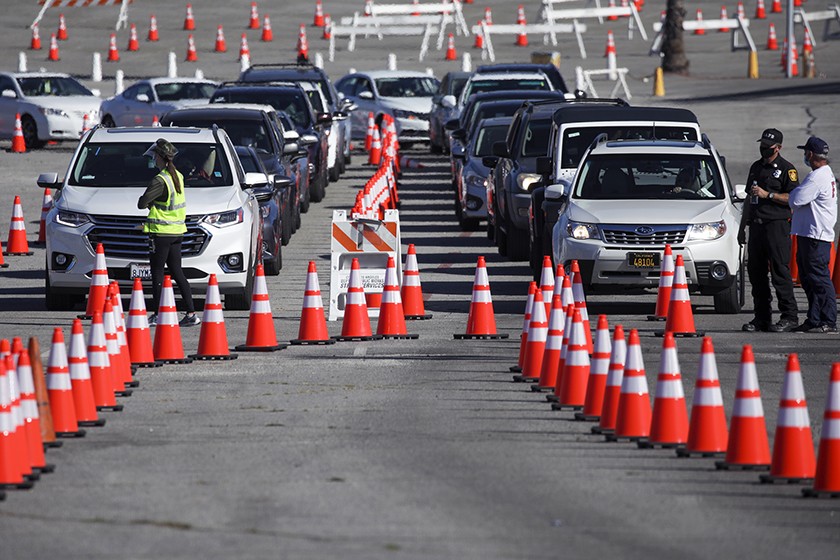 They’re going to home deliver COVID-19 vaccinations to shut-in seniors and people with disabilities. That’s what they say, anyway.

Great idea. The Newsom administration’s follow-through on its ideas, however, hasn’t always been that great.

I wrote last month that if the federal government can deliver mail to our homes daily and if the city can pick up our garbage, the state should be able to provide home delivery for vaccinations — at least to seniors.

Surprise: The state actually wants to do it.

Home delivery of COVID-19 shots is a goal tucked into a contract awarded by the Newsom administration to Blue Shield of California for expanding and coordinating vaccinations throughout the state. Blue Shield can bill the state up to $15 million for out-of-pocket costs.

Kaiser Permanente is expected to sign a separate contract with the state to operate a vaccination program for its 9 million California healthcare members while helping to inoculate “hard-to-reach and disproportionately impacted populations,” according to an earlier letter of intent.

“Everybody came together looking at what’s working, what’s not working, and we identified two partners in particular, two nonprofits, Kaiser and Blue Shield,” Newsom said of the deals.

It will be allowed to choose which providers administer vaccine and prioritize distribution. Its goal is to more than double the current weekly number of shots to 3 million by March 1 and 4 million by April 30.

But that ambitious goal of rapidly increasing inoculations seems in potential conflict with the concept of relatively slow home delivery. When the chips are down, the state and Blue Shield are very likely to opt for big vaccination numbers over the pokey inoculation of homebound seniors and people with disabilities.

Yes, both theoretically can be accomplished. But the higher the vaccination numbers are run up, the more politically favorable headlines are generated. That’s especially coveted by a governor who’s threatened with being recalled.

So this isn’t a done deal, regardless of noble intentions.

Just like every time the state gets in a budget crunch, one of Sacramento’s first acts is to whack nickel-and-dime benefits for impoverished aged, blind and disabled people who have no powerful lobbies contributing big bucks to politicians’ election campaigns.

The Blue Shield contract is vague on home delivery. It merely obligates the company to arrange for the delivery of “vaccines to people who are homebound or suffering from illnesses/disabilities that make it unsafe or prohibitively difficult for them to visit a vaccine provider for a vaccination.”

And this home service must be available in all 58 counties.

Who gets this service? Unclear.

The contract seems to buck this decision back to the state. It reads that “Blue Shield will rely on the [state] agency’s assistance in accurately identifying people eligible for this service,” adding that “the established targets are contingent on reasonable assistance from the agency.”

That reads to me like potential, typical, bureaucratic foot-dragging inertia.

Newsom told reporters Tuesday that the Blue Shield contract would “be implemented over the course of the next number of weeks.”

Darrel Ng, a spokesman for the California Department of Public Health, said vaccine “will be delivered to those unable to leave their homes or, if they could, it would be unwise.”

How many will be eligible? “We don’t have solid estimates yet,” Ng said. “We’ll work with advocates to make sure we’re getting to the right folks.”

Seniors are the most at risk of dying or at least requiring hospitalization if hit by the virus. Getting them inoculated means not only saving their lives, but sparing hospital beds and ICU facilities for other people and illnesses. It’s win-win all around.

People over 65 make up less than 16% of the California population, but they’ve accounted for more than 74% of the COVID-19 deaths, according to the state. Those 80 and over comprise less than 4% of the population but amount to 40.5% of virus deaths.

Of the people who have received at least one shot of vaccine in California, about 55% are at least 65.

But an estimated one-third of seniors over 65 no longer drive cars. Not all have adult sons or daughters who can drive them to a vaccination site. And even if they get there, many can’t handle standing in line if that’s required.

That’s assuming they can even get an appointment. Many are technologically challenged and can’t handle the convoluted provider websites. And the phone lines are often jammed.

Offering them shuttle service to vaccination sites is of only partial help.

“The point is this: Remember the old get-out-the vote efforts on election day, before there were so many mail ballots, with people going door to door, offering rides to the polls?” asks Anthony Wright, executive director of Health Access California.

“If you’re going through all that trouble, it may be worth just having a nurse come along and administer the vaccine directly at home. It would be more efficient.”

Home delivery hasn’t happened yet, except in a few places where it’s handled mostly by volunteers.

But it’s on the state’s agenda. Senior and disability activists need to fight for it and push the logical idea into reality.