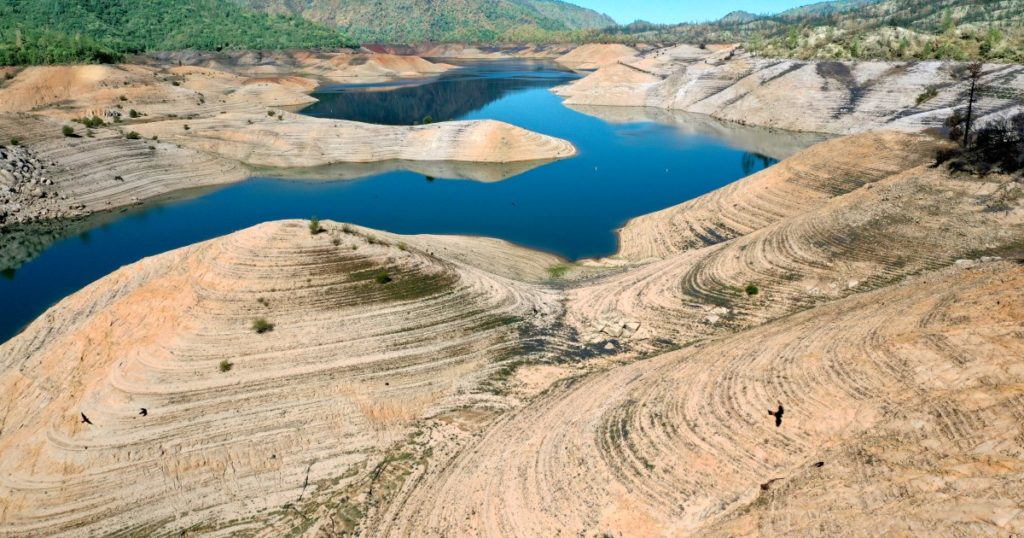 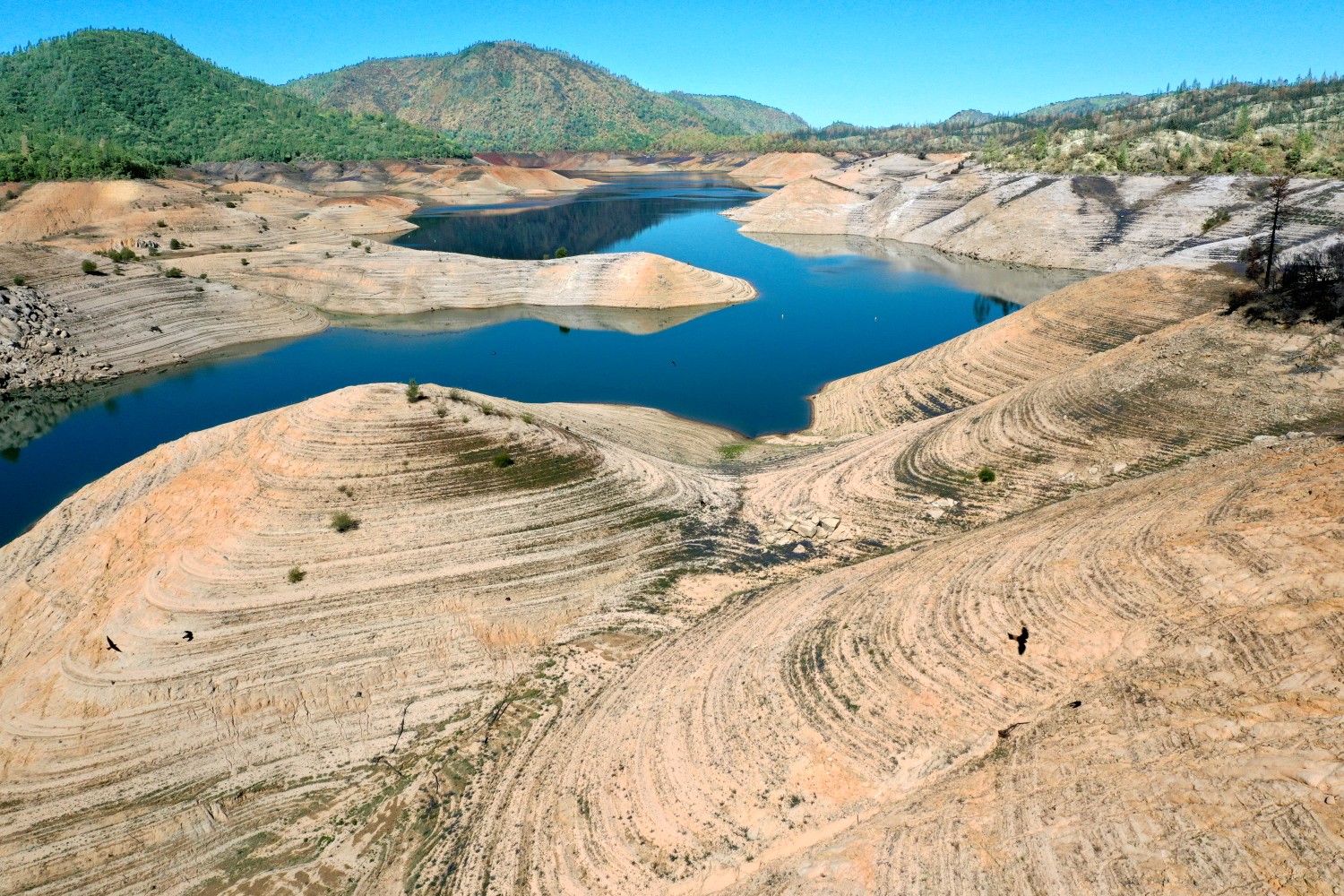 When Sierra snow seeps into the ground or evaporates before it can flow downstream into reservoirs, you know California is facing a severe drought.

It’s happening this spring up and down the mountain range that is a primary water source for the state.

Water from snowmelt that hydrologists had expected only a few weeks ago to replenish foothill reservoirs is vanishing. It’s being absorbed by the parched soil or dissipating into the thin mountain air.

“Earlier in the spring, the Sierra snowpack was 59% of normal,” says Jeanine Jones, drought manager for the state Department of Water Resources. “That was way better than in 2014-15” — a low point in the last drought, which lingered five years.

“So, we were expecting that the runoff would be better than in ’14-’15. The snow simply didn’t show up as runoff into reservoirs. That’s because of warming and drying conditions. Some soaked into the soil. Some went from snow to vapor.”

Secretary Wade Crowfoot of the state Natural Resources Agency says the Sierra soil “has never recovered from the last drought. It is so exceptionally dry that it is absorbing the snow.”

Experts at the nonpartisan Public Policy Institute of California explained vaporizing in a recent report: “A ‘thirstier’ atmosphere — a direct consequence of warming — is increasing evaporation.”

Major Northern California reservoirs currently contain only half the water they normally do in late spring.

It’s a warning sign of a potentially devastating new drought.

More than that, it’s an undeniable mark of dramatic climate change.

“The past two decades have been exceptionally warm and dry, and included the hottest drought — 2012-16 — in the state’s recorded history,” the PPIC report reads. “Warming is making droughts more intense.”

Another PPIC publication states that “the past two years [have been] comparable to the worst of the 2012-16 drought in two key ways:

“First [it has been] the fourth driest two-year period on record. Second, while not quite as warm as the last drought, these two years have been among the warmest. The combination of low precipitation and high temperatures made the last drought very intense. The same pattern is unfolding again.”

Both the State Water Project and the federal Central Valley Project have announced they intend to deliver only 5% of requested supplies this year.

But Southern California is in good shape for the drought with ample water in reservoirs and robust conservation. Los Angeles is using the same amount of water it did in the 1970s, despite adding nearly 1 million people.

“Southern California deserves a lot of credit,” Crowfoot says. “It is really the leader. It has invested in water storage and diversified supplies. There’s more recycling.”

The inescapable truth is that during this summer and in the future California will no longer be able to rely so heavily on Sierra snowmelt to irrigate agriculture, bring life to arid urban landscapes and provide homes with water.

Neither can San Joaquin Valley farmers keep overpumping groundwater. Aquifers have been so raided that the land has sunk alarmingly in many places, cracking canals and ruining roads and bridges.

Thousands of wells dried up during the last drought. The PPIC estimates that 2,400 Central Valley wells could be hurt this year by the drought, and 900 more next year.

In 2014, California became the last state to regulate groundwater pumping. But Gov. Jerry Brown and the Legislature lacked both the will and political muscle to expedite the regulating. It won’t fully take place for 20 more years. When it does, groundwater levels are supposed to be sustainable.

That probably will require the fallowing of more than 500,000 acres of crop land, experts estimate.

Newsom and state Senate leader Toni Atkins (D-San Diego) are scrambling for ways to ease the drought pain. One special concern is rural, low-income people who are virtually helpless when their local, little water agency can no longer deliver.

“Places like where there are 28 homes on a dirt road serviced by a well that runs dry,” Crowfoot says.

Atkins knows about that from her childhood in southern Virginia.

“Growing up in a house without running water … the word ‘drought’ triggers a strong reaction in me,” the miner’s daughter told me a few weeks ago. Her family used an outhouse and collected water in a rain barrel.

Newsom has proposed a four-year, $5.1-billion “water resilience” plan, plus an additional $1 billion to pay past-due water bills for people suffering financially from the pandemic. That doesn’t just assist families, it helps fund local water agencies that are fighting the drought.

The governor’s plan runs the gamut — providing safe drinking water for small communities with dried-up wells, cleaning up contaminated groundwater and protecting salmon, among other things.

They’ll presumably negotiate a compromise before the legislative deadline for budget passage on June 15.

Whatever they agree on, drought-fighting is an excellent use of tax money — especially when there’s a record $38-billion unrestricted surplus.