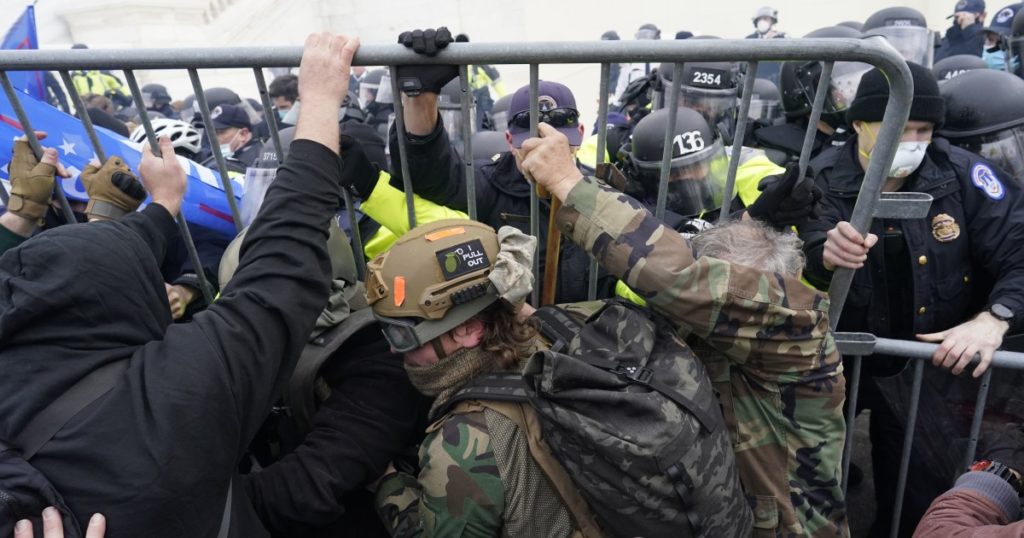 The siege on the U.S Capitol by rioting supporters of President Trump has renewed talk of an extreme remedy: declaring that the president is unfit to do his job and removing him from office under the 25th Amendment.

It is not the first time detractors have sought Trump’s ouster through invocation of the amendment. Early in the president’s term, Rep. Zoe Lofgren (D-San Jose) introduced a resolution urging Trump to seek a medical and psychiatric evaluation to determine his fitness for office, with an eye on the law governing presidential succession.

Many Democrats took up the cause again Wednesday after a pro-Trump mob, egged on by the president, briefly invaded the Capitol and disrupted certification of Joe Biden’s November election victory. An unlikely ally, the National Assn. of Manufacturers, echoed the call for Trump’s ouster less than two weeks before his term ends, urging Vice President Mike Pence to invoke the 25th Amendment as a way to “preserve democracy.”

“This is not law and order. This is chaos. It is mob rule. It is dangerous. This is sedition and should be treated as such,” the association’s president, Jay Timmons, said in a statement.

But it’s not that simple: Trump would have to go along, a scenario that seems implausible, to say the least.

Trump’s term is set to expire at noon Eastern Standard Time on Jan. 20.

The Constitution makes it clear the vice president is next in line to the president. But there was some question about how exactly that worked.

In 1955, after a heart attack and other maladies, President Eisenhower worried about the transfer of power if he were temporarily incapacitated, especially given hair-trigger relations with the Soviet Union. He worked out an informal arrangement with his vice president, Richard Nixon, in case he needed to temporarily cede power.

After the assassination of President Kennedy in November 1963, Congress passed the 25th Amendment in July 1965. It was ratified in February 1967.

The amendment also lays out how to replace a vice president. The first use of the amendment occurred in 1973 when President Nixon chose Rep. Gerald R. Ford of Michigan to fill the vacancy after Vice President Spiro Agnew resigned in October 1973. Ford, in turn, became president when Nixon quit in August 1974. Ford then chose former New York Gov. Nelson Rockefeller as his vice president.

In 1987, aides to President Reagan weighed the possibility of invoking the amendment when concerns grew about his listless and detached behavior in his second term. The prospect was soon dismissed, however, when Chief of Staff Howard Baker deemed Reagan fit to serve.

Separately, on three occasions Reagan and President George W. Bush voluntarily transferred power to their vice presidents when they had surgery under general anesthesia. Each reclaimed the powers of the presidency with little notice or disruption to government operations.

In another move to hold Trump to account, Democratic Rep. Ilhan Omar of Minnesota said Wednesday she was drawing up new articles of presidential impeachment.

“We can’t allow him to remain in office,” she wrote on Twitter, “it’s a matter of preserving our Republic and we need to fulfill our oath.”

Trump was impeached by the Democratic-led House of Representatives in December 2019 for abuse of power and obstruction of Congress, stemming from efforts to pressure the head of Ukraine to dig up dirt on Biden ahead of the 2020 campaign. The president was acquitted a month later by the GOP-run Senate.