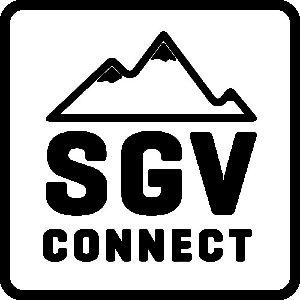 In this week’s SGV Connect, Damien follows up on his story from last month about the ongoing efforts to transfer ownership of properties owned by Caltrans in what was the project area for the now-defunct 710 project near Pasadena. Following that, Kris gets an update on some changes coming to ExpressLanes in the 10 Freeway area.

First, Damien interviews Timothy Ivison and Angela Flores, both members of the United Caltrans Tenants about the history of the ongoing dispute between Caltrans and their renters. If you’re interested in learning more about this story, check out “United Caltrans Tenants Oppose State Legislation that Would Guide Home Sales, Possibly Lead to Evictions” published at Streetsblog last month.

Kris talked with Metro staff about a few projects happening with the ExpressLanes on the Interstate 10, including the COVID-19 service impact and recovery, the planned toll-road extension from the I-605 to the San Bernardino County line, and what Metro is doing about people who avoid the toll by misidentifying themselves as a carpool vehicle.

The bulk of the conversation focused on Metro’s planning next year to test increasing the HOV requirement on the toll lanes. Currently, two occupants per vehicle can avoid paying the toll on the ExpressLanes. The pilot will require three or more occupants to be in vehicles while traveling during off-peak hours, and only registered vanpools and transit will be able to use the ExpressLanes during on-peak times.

The second phase, which could happen as early as September 2022, would only allow vanpools and vehicles of more than five occupants to travel on the ExpressLanes. This phase would require board approval and would last until 2024, according to a Metro staff report (PDF).

SGV Connect is supported by Foothill Transit, offering car-free travel throughout the San Gabriel Valley with connections to the new Gold Line Stations across the Foothills and Commuter Express lines traveling into the heart of downtown L.A. To plan your trip, visit Foothill Transit. “Foothill Transit. Going Good Places.”

Catch past episodes of SGV Connect and #DamienTalks on LibSyn,iTunes, Google Play, or Overcast.