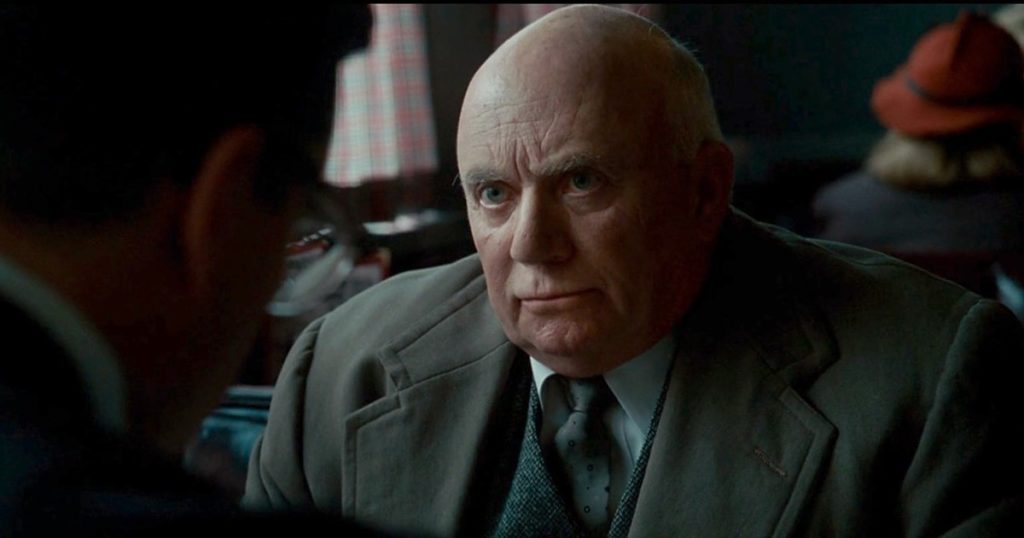 Jon Monett, a former science official at the CIA who has been compared to the technical genius Q in the James Bond spy movies and who made a cameo in Robert De Niro’s 2006 spy film, “The Good Shepherd,” found a way to give back to his fellow veterans.

The tech entrepreneur founded Quality of Life Plus, a nonprofit that connects engineering students with injured veterans to build custom-made prosthetics and assistive devices.

But newly surfaced allegations of sexual misconduct by Monett and concerns of a toxic workplace are now threatening to derail the organization.

Emails reviewed by The Times detail at least two alleged instances of sexual misconduct by Monett, against a former employee in 2017 and an unidentified woman at Cal Poly.

Officials at the nonprofit declined to share the results of an independent investigation into the matter, saying only that “the investigation found sufficient evidence to warrant corrective action, which we have and are taking.”

The allegations have triggered several departures from the organization’s board and advisory council.

And Cal Poly has quietly severed ties with the nonprofit, putting on hold a slate of projects and rebranding a multimillion-dollar lab that bears the nonprofit’s logo and name.

In emails shared with The Times, Monett apologized to an employee in 2017 after she claimed he had forcibly stuck his tongue down her throat. In another, Monett allegedly admitted to a similar incident involving a woman at the university weeks earlier. In both instances, Monett blamed alcohol for his behavior.

Monett declined to comment. The 82-year-old resides in McLean, Va., not far from the CIA headquarters where he once worked.

His attorney, Neil Tardiff, said Monett has voluntarily stepped away from the nonprofit that he founded in 2009.

Tardiff dismissed the allegations as “exaggerated,” “99 percent” false and the result of a “recalcitrant employee.”

In response to questions about Monett’s emails, Tardiff added: “I think Mr. Monett, back in 2017, would have admitted that his conduct was inappropriate, but it definitely did not rise to the level of any sexual assault.”

Monett “is a hero to America,” Tardiff said. “He has served our country, most of it undercover and in very dangerous situations, for over 40 years and has put his life on the line almost on a daily basis when he was serving our country. And then when he’s finished with that, what does he do? He dedicates his life to helping disabled veterans. How much more of a hero can you get?”

Mentions of Monett and his donation that spearheaded the Cal Poly lab have been scrubbed from the university’s website. As recently as July, Monett sat on the board of the school’s foundation and was a special advisor to President Jeffrey D. Armstrong.

According to the emails, Monett indicated that Armstrong was aware of at least one of the allegations.

University officials declined to make Armstrong available for comment. In a statement to The Times, university spokesman Matt Lazier denied the university’s decision to sever ties to the nonprofit was related to allegations against Monett. Lazier called the decision part of an unrelated restructuring months in the making.

He added, “Cal Poly finds all manner of sexual misconduct abhorrent and counter to everything for which our university stands.”

The allegations surfaced shortly after Charles Kolb, who was hired as executive director of the nonprofit in 2019, left the company 10 months later following repeated disagreements with Monett over the organization’s future and constant “meddling” by Monett, he said in an interview with The Times.

Kolb said he had also become concerned about Monett’s behavior toward women following a complaint by a female contractor who asked to no longer attend social events with Monett. But Kolb said he didn’t realize how serious the issue was until after he left the company and multiple employees sent him internal emails showing Monett appearing to admit to two instances of sexual misconduct.

The messages detail a May 2017 incident between Monett and a former employee at an after-hours event in California. “You put your hand on the back of my head, forced your tongue in my mouth and when I tried to pull away, you wouldn’t allow it and tried to do it again,” the employee wrote. “You decided I was expendable enough to pursue an urge of yours.”

The employee resigned shortly after the incident and declined to speak with The Times, which is withholding her name as an alleged victim of sexual harassment.

In the emails, Monett apologized to the employee and said he didn’t remember what happened, but called it “a wake-up call” about his drinking problem and promised to step back from the company.

“I am an old, sad and lonely man and to some extent the wine has helped but when it affects my friends I need to do something about it.” He signed the message, “love in the platonic sense.”

In another 2017 email addressed to the nonprofit’s Chief Operating Officer Barbara Springer, Monett said he had been accused of a similar incident just weeks earlier “with a woman from Cal Poly.”

Monett wrote: “I was told I made an inappropriate move to her after an evening of heavy drinking and I had no idea I had,” he wrote. “I was informed of the fact by the President of Cal Poly.

“Time to cut back on drinking,” Monett wrote. “It’s a shame that the incident happened. There are two things women, as a rule, don’t do: they don’t forgive and they don’t forget.”

“I was disgusted, frankly,” Kolb said of the emails, which he forwarded to staff, board members and to The Times. “The emails are very clear; they speak for themselves. This isn’t ‘he said, she said.’”

Current and former employees who spoke to The Times described a “toxic” and retaliatory workplace tethered to Monett, who handpicked much of the organization’s current staff and board members.

They described Monett’s behavior toward women as “creepy” and often involving drinking during business hours and lavish fundraisers. It was common practice for employees to stay overnight at Monett’s second home in San Luis Obispo instead of at a hotel during work events in California, several noted.

After a stint in the Air Force, Monett spent more than two decades at the CIA, at one point as a senior executive at the agency’s covert science and technology division.

Following his retirement from the CIA, Monett founded Telemus Solutions, an intelligence company later sold to leading defense contractor Raytheon in 2008. Shortly after, Monett started Quality of Life Plus, often referred to as QL+, at Cal Poly San Luis Obispo, where he graduated in 1964 with a degree in industrial engineering.

Cal Poly remained the nonprofit’s only partner until 2017 when three more schools, including Virginia Tech, signed on. A former employee called Cal Poly the “crown jewel” of the nonprofit and a major selling point in getting 19 other universities, including San Diego State University, to join.

Cal Poly’s student association is the nonprofit’s most active university program, attracting roughly 70-100 students every academic quarter. Past projects include devices to help those with cerebral palsy brush their teeth and wheelchair users play paintball. Students have also created a swimmer’s fin for a disabled veteran competing in a triathlon.

When reached for comment, the nonprofit’s interim executive director, Bob Wolff, said he “wasn’t sure” why Cal Poly decided to withdraw from the program, but said that shouldn’t affect the organization’s work with its 19 remaining partners. “We have contacted the other universities, and they are absolutely still supporting the program.”

Wolff said the organization had “no comment” regarding allegations of a toxic workplace. Monett’s lawyer, Tardiff, did not respond to multiple emails seeking additional comment.

The organization is in the process of severing its ties with Monett including transferring an office lease and several accounts in his name, Wolff said.

“The organization can stand on its own without Jon,” said Wolff. “We respect his involvement over the past 10 years but he will no longer be involved.”