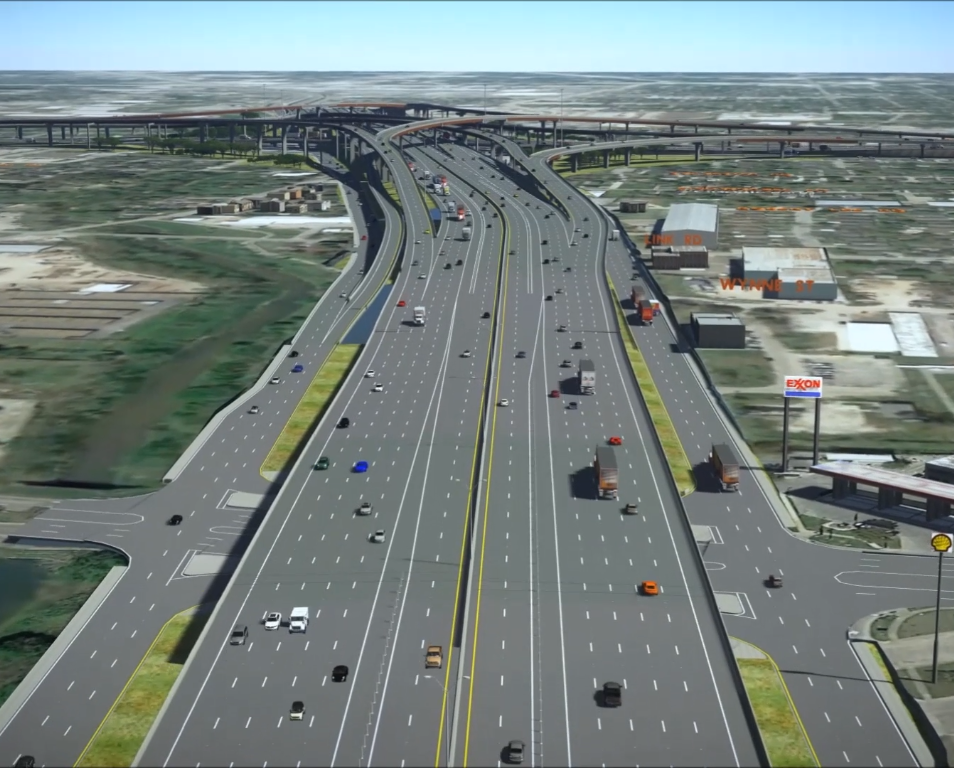 A Senate proposal to shovel hundreds of billions of dollars into new freeways is so flawed that it will wipe out the Biden administration’s goal of halving carbon emissions by 2030 while feeding Americans’ dependence on cars, advocates and even some lawmakers say.

The Senate Environmental and Public Works Committee approved $303.5 billion in new transportation infrastructure spending on Wednesday that gives the U.S. Department of Transportation a baseline for funding state highways, bridges, and road programs over the next five years — a 34-percent increase from the last FAST reauthorization in 2015.

That money — to be spent at the discretion of state transportation agencies — will funnel into new freeway construction that makes traffic and health worse rather than forcing states to chip away at the nation’s $435-billion backlog in infrastructure repairs. Even more alarming, the bill exempts states from measuring and reducing carbon emissions from transportation and allocates a minuscule amount of money toward road safety without punishing states with poor traffic death records.

Nonetheless, the bill zipped out of the Senate committee like an Acela train departing Union Station before Memorial Day break.

“This bill attempts to solve the problems with the transportation system with small, underfunded new programs while spending way more to continue to churn out those same problems,” said Beth Osborne, director of Transportation for America. “It would have been better if they passed nothing.”

“This legislation cannot be the last word on our national infrastructure needs,” the senators told Schumer in a May 26 letter. “We must think bigger, do more, and not allow for the delay or derailment of our pro-jobs, pro-climate, and pro-justice agenda.”

Transportation advocates lobbied Congress for years to prioritize maintaining existing roads and bridges to clear the nation’s backlog of projects before investing in new ones. But senators ignored those calls and advanced a bipartisan measure that would dole out $29 billion per year into new highway construction and freeway widening.

“Like any successful collaborative effort, neither side got everything they want, but I am glad we were able to find common ground and put forward a bipartisan plan to rebuild and revive America’s roads and bridges,” Cramer said in a May 22 statement.

Osborne scoffed that Cramer was unintentionally correct that neither side received what they wanted because they didn’t study the 550-page bill very hard.

“Democrats want to lower carbon emissions, improve access to opportunity, and address public health while Republicans want to get really good value for the taxpayer and support a strong economy — and this approach does none of those things,” Osborne said. “Both sides said they want to repair crumbling bridges but investing in the existing system that creates a backlog is not an effective way to reduce backlog.”

The highway measure’s passage is the first component of a five-year infrastructure spending bill known as the Fixing America’s Surface Transportation Act, that also includes funds for rail lines, bus networks, and bicycle and pedestrian paths.

The FAST Act was set to expire last fall, but Congress extended its own deadline by a year to avoid a messy negotiation before the most consequential presidential election in the history of the country.

Now lawmakers are giving road and rail spending another look. Two other Senate Committees are expected to hear portions of the FAST Act that cover transit, cycling, and pedestrian programs next month and the House is expected to reintroduce its own version of the bill in the coming weeks.

That’s happening at the same time the Biden administration aims to finalize a deal pouring in between $1 and $1.7 trillion into the nation’s infrastructure. That one-time stimulus proposal includes roughly $115 billion on highway repair and safety-related programs over a decade as well spending on aviation, broadband, waterways, health care, and the power grid.

The two Brobdingnagian sums of money are running on separate tracks, although it is possible the FAST Act could be attached to Biden’s American Jobs Plan. But the Biden plan has pumped the brakes on Capitol Hill due to intense negotiations and competing counteroffers among Republicans and Democrats that could drag through the summer or result in one-party passage through reconciliation.

So far, the FAST Act is moving through Congress much more quickly and with less debate. Only one amendment, a Markey proposal to dedicate $500 million per year for a nationwide network of bike and pedestrian routes, was added to the bill on Wednesday during a 30-minute markup session. The move pleased cycling advocates who made expanding and connecting bike paths a top legislative priority.

“Greenways touch all of our needs at the moment and going forward into the 2020s, from Covid recovery and jobs to equitably extending green spaces and safely supporting the bike boom,” Jon Orcutt, a spokesman for Bike New York, said.

But Osborne worries that even projects with good intentions like new bike trails could be sliced up by state transportation budgets that are heavily weighted toward building more miles of freeways with little regard to other modes of transit.

“It’s a good idea and we should connect this network 100 percent, but we can’t do it if we’re going to divide it faster than we connect it,” Osborne said. “It’s not good to spend money to reconnect a network that the broad [FAST Act] program has to slice up. If the only measure they use is moving cars quickly, how do you spend money on a bike pedestrian network? It’s not a fair fight.”