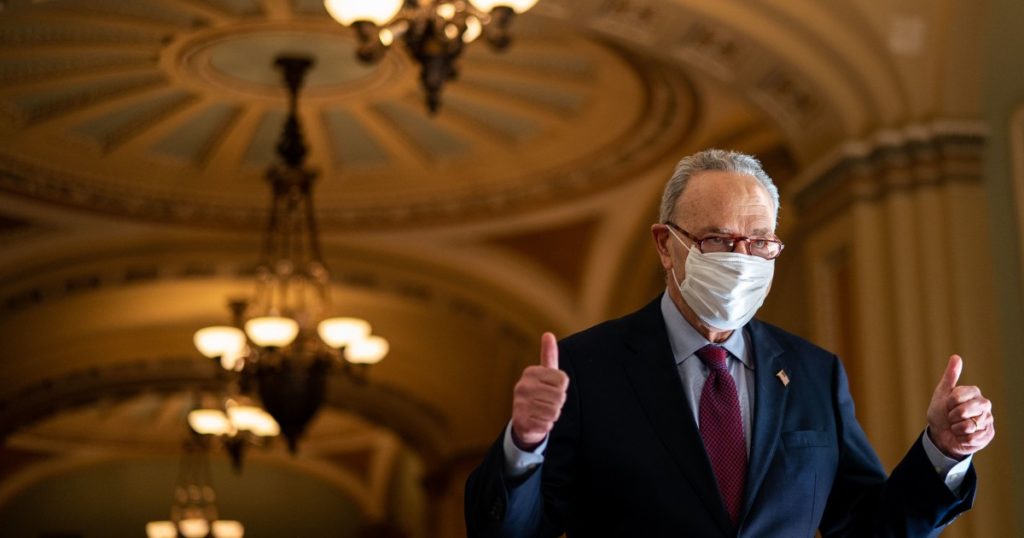 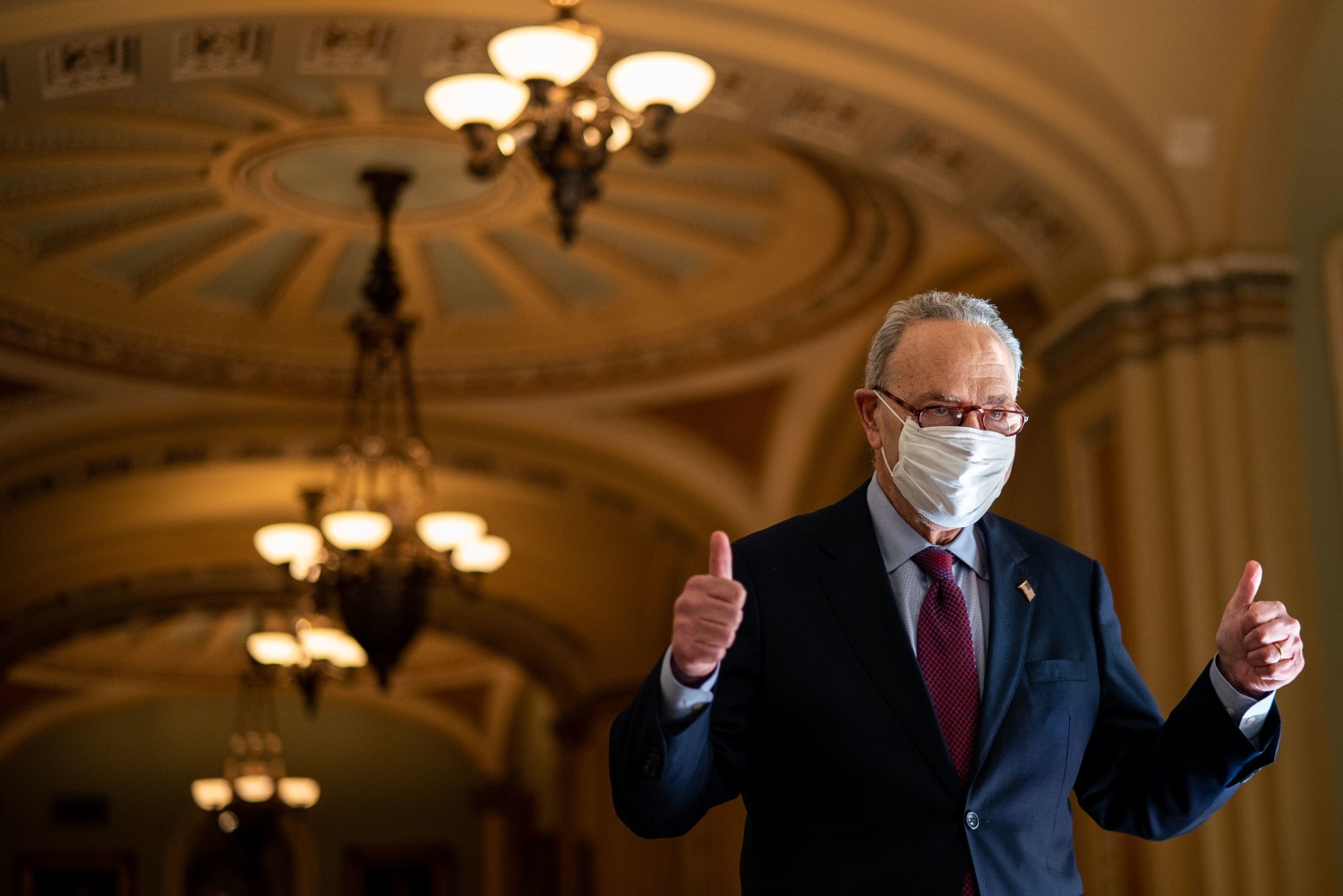 The Senate passed a $1.9-trillion COVID-19 relief package Saturday, scaling back unemployment benefits approved by the House and narrowing the number of Americans who receive $1,400 payments in an effort to mollify centrist Democrats and get a bill to President Biden as early as next week.

After some surprise last-minute haggling Friday between moderates and progressives, Senate Democrats passed the landmark bill Saturday morning by a vote of 50 to 49, with all Democrats voting in favor and all Republicans opposed. Republican Sen. Dan Sullivan (R-Alaska) was absent due to a death in the family.

The measure next moves back to the House, which is expected to approve the Senate changes next week and then send the bill to the president before March 14, when some current unemployment benefits are set to expire.

The sweeping package could be the last major legislative response to the pandemic. It includes direct financial assistance for struggling Americans, targeted aid to the restaurant, childcare and airline industries, funding for vaccines and testing, aid to small businesses and support for state and local governments.

“This bill will deliver more help to more people than anything the federal government has done in decades,” Senate Majority Leader Charles E. Schumer (D-N.Y.) said. “It is broader, deeper and more comprehensive in helping working families and lifting people out of poverty than anything Congress has seen or accomplished in a very long time.”

In the end, it was a less generous package than many Democrats envisioned. The Senate removed language included in the House bill to increase the federal minimum wage to $15 an hour, reduced the federal unemployment supplement from $400 to $300 a week and lowered the income caps used to determine who gets a $1,400 check.

But progressives won a provision to provide tax relief to workers who received pandemic-related unemployment compensation. Those with annual incomes under $150,000 will not be required to pay taxes on up to $10,200 of the unemployment benefits.

Biden and Democrats say the relief bill is sorely needed to help families and the U.S. economy rebuild after the healthcare crisis triggered nationwide shutdowns, massive layoffs and a brief recession. Millions of Americans remain out of work.

Though vaccine distributions could get the pandemic under control this year, economists say it could take much longer for job growth to return. Some industries may never come back to pre-pandemic levels as businesses turn to automation and make other changes to their operations.

“This is the longest extension of benefits possible,” said Sen. Ron Wyden (D-Ore.) of the final compromise. “This is not everything I would have written. This is the best that can be done for people hurting now.”

Biden had wanted a $400 weekly federal unemployment supplemental to last through September. He had also asked for a larger pool of Americans to receive the $1,4000 direct checks. The White House said he is satisfied with the compromise.

It also includes billions for food aid programs, extends the 15% SNAP increase through September, and sets aside $45 billion for rental, mortgage and utility assistance.

To directly address the coronavirus, the bill includes $14 billion for vaccine distribution; $49 billion for COVID-19 testing, tracing and genomic sequencing; and $8 billion to expand the public health workforce.

Republicans dismissed the bill as an expensive, unnecessary Democratic wish list that spends too little on directly fighting the disease. GOP senators tried to delay passage Friday night and Saturday morning and reduce the cost of the bill by offering a series of amendments to the bill.

The GOP amendments — nearly all voted down — included limiting whether schools could receive money if they allowed transgender students to play on certain sports teams; changing which dependents qualify for the $1,400 checks; and preventing inmates and parole violators from getting the checks.

Republicans have also criticized Biden and Democrats for using a special budget reconciliation process, which allowed them to pass the measure with a simple majority, rather than the 60-vote threshold usually needed in the Senate. Republicans said Biden had betrayed his promise to work in a bipartisan manner. Democrats said Republicans never offered any credible compromises.

Democratic infighting did more to shape the Senate legislation than GOP opposition. Democrats delayed the bill for more than nine hours Friday as they worked to reach a compromise with West Virginia Democratic Sen. Joe Manchin, a moderate who had concerns that the higher federal supplemental unemployment would result in some people receiving more money from unemployment than they did while working.