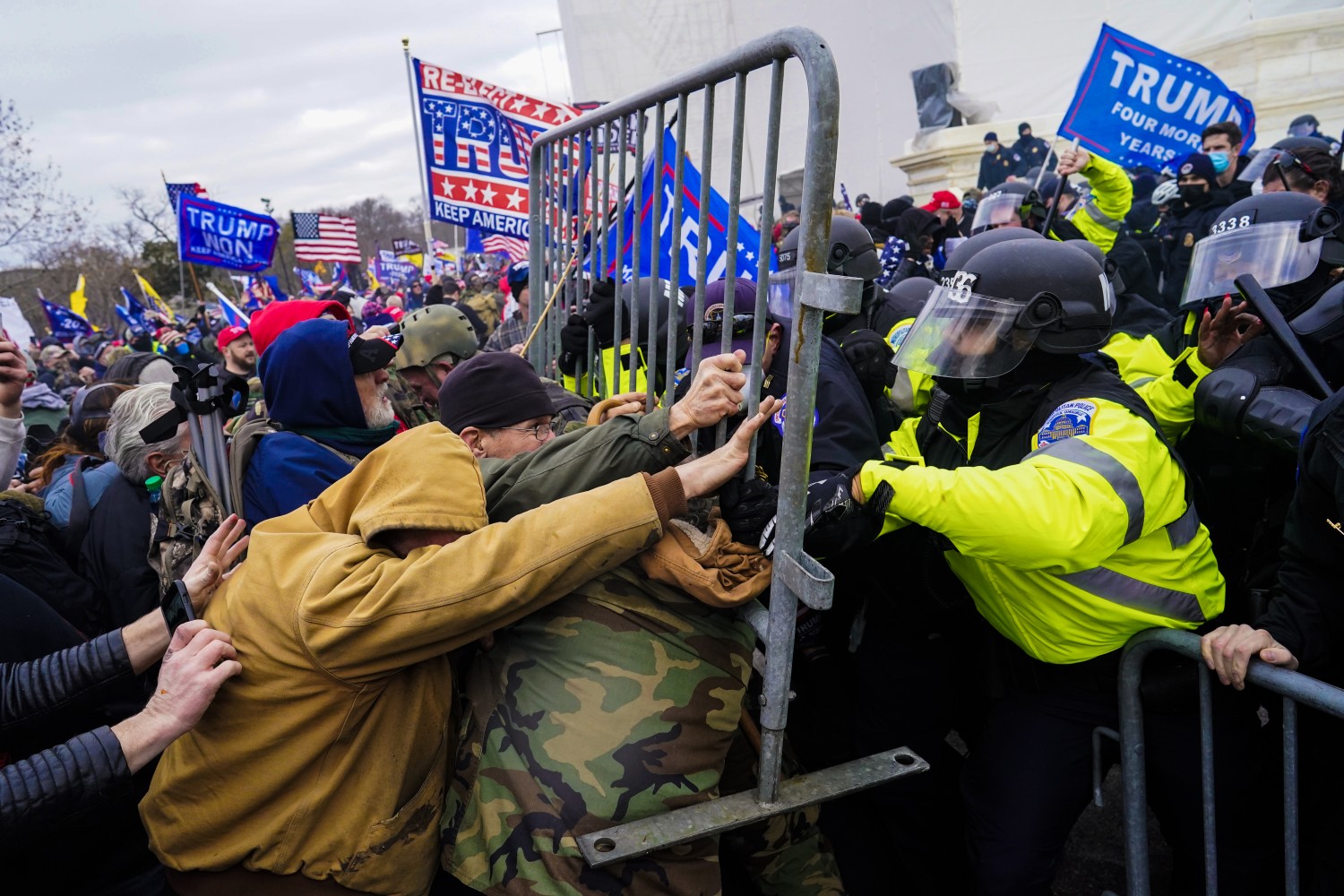 Senate Republicans on Friday blocked an independent, bipartisan commission to study the deadly Jan. 6 insurrection at the Capitol.

Eager to put the events of that day and former President Trump’s role in it behind them, Republicans blasted the commission proposal as a partisan attempt by Democrats to keep both in the news during next year’s pivotal midterm election.

The bill fell in the first legislative filibuster of the year as it failed to get the 60 votes needed to advance. The vote was 54 to 35 to move the bill forward, with a handful of Republicans breaking ranks — Sens. Mitt Romney of Utah, Susan Collins of Maine, Lisa Murkowski of Alaska, Ben Sasse of Nebraska, Rob Portman of Ohio and Bill Cassidy of Louisiana.

Murkowski said before the vote that the gravity of the day required senators to overlook the political fallout.

“To be making a decision for the short-term political gain at the expense of understanding and acknowledging what was in front of us, on Jan. 6, I think we need to look at that critically,” she told reporters. “Is that really what this is about? Is everything just one election cycle after another?”

The panel would have been tasked with examining the events of Jan. 6, when thousands of people stormed the Capitol in hopes of blocking Congress from counting now-President Biden’s electoral college victory. The commission would also probe what happened in the lead-up to the day in hopes of preventing a future occurrence.

The bill’s failure marks the first successful legislative filibuster by Senate Republicans in this Congress. Democrats, who control the chamber, are under pressure from progressive lawmakers and activists to eliminate or modify the filibuster, a tool that has been used so frequently in recent years that nearly all legislation needs 60 votes to get through the chamber.

The effort has sputtered amid opposition from centrist Democratic Sens. Joe Manchin III of West Virginia and Kyrsten Sinema of Arizona. Some progressives hope Republican filibusters of widely supported legislation, such as the Jan. 6 commission, would spur support to change or eliminate the filibuster.

Democrats, who patterned the proposed commission to one established after the terrorist attacks of Sept. 11, 2001, said a bipartisan group of experts could examine the Jan. 6 attack and the events that preceded it in a way Congress or law enforcement cannot. That may include the role social media and disinformation played in amplifying Trump’s repeated false claims that the election was stolen from him.

“If our Republican friends voted against this I would ask them, what are you afraid of? Truth. Are you afraid that Donald Trump’s big lie will be dispelled?” Senate Majority Leader Charles E. Schumer (D-N.Y.) said on the Senate floor before the vote. “Are you afraid that all of the misinformation that is poured out will be regarded by a bipartisan down the middle commission? This is about a democracy.”

After the vote, Schumer accused Republicans of filibustering the commission “out of fealty or fear” of Trump.

“Shame on the Republican Party for trying to sweep the horrors of that day under the rug because they’re afraid of Donald Trump,” he said.

Senate Minority Leader Mitch McConnell (R-Ky.) called creating the commission a “purely political exercise that adds nothing to the sum total of information.”

While McConnell chastised Democrats for teeing up a report that would be expected to find fault with Trump shortly ahead of the midterm election, he made clear that he, too, is focusing on November 2022.

“I think at the heart of this recommendation by the Democrats is they would like to continue to debate things that occurred in the past, like to litigate the former president into the future,” McConnell said. “We think the American people going forward and in the fall of ’22 ought to focus on what this administration is doing to the country.”

Some of the Republican senators who voted yes had been vocal about their willingness to discuss a commission, with Collins crafting an amendment to address some GOP concerns, while others like Sasse and Portman came as a surprise. The vote came after the mother of an officer who died in the wake of the attack, and two police officers who fought the rioters, met with Senate Republicans this week in an attempt to gain support for the commission.

The failure leaves the future of a commission in serious doubt. Democrats, who control both chambers of Congress, could assign additional committees with investigations, which are bound to be more partisan. President Biden could also choose to create a commission through executive order.

Cassidy said in a statement that he voted yes because he doesn’t believe a legislative committee controlled by Democrats will fairly investigate what happened.

The commission — made up of five experts chosen by Republicans and five chosen by Democrats — would have been charged with looking into the preparedness of law enforcement for Jan. 6 and the factors that “fomented such an attack.” It would have had subpoena power and been required to issue a report by year’s end.

The bill was approved in the House earlier this month in a 252-175 vote. Just 35 Republicans joined Democrats to pass it.

But after Katko signed off on the agreement, McCarthy came out against it, arguing that the commission would repeat work already being done by Congress and law enforcement and ignore other “political violence.”