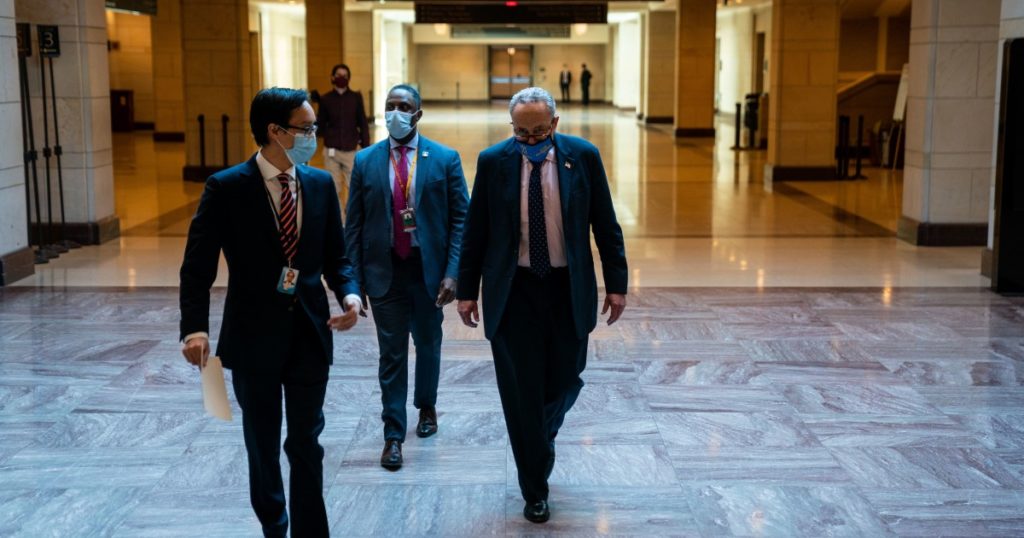 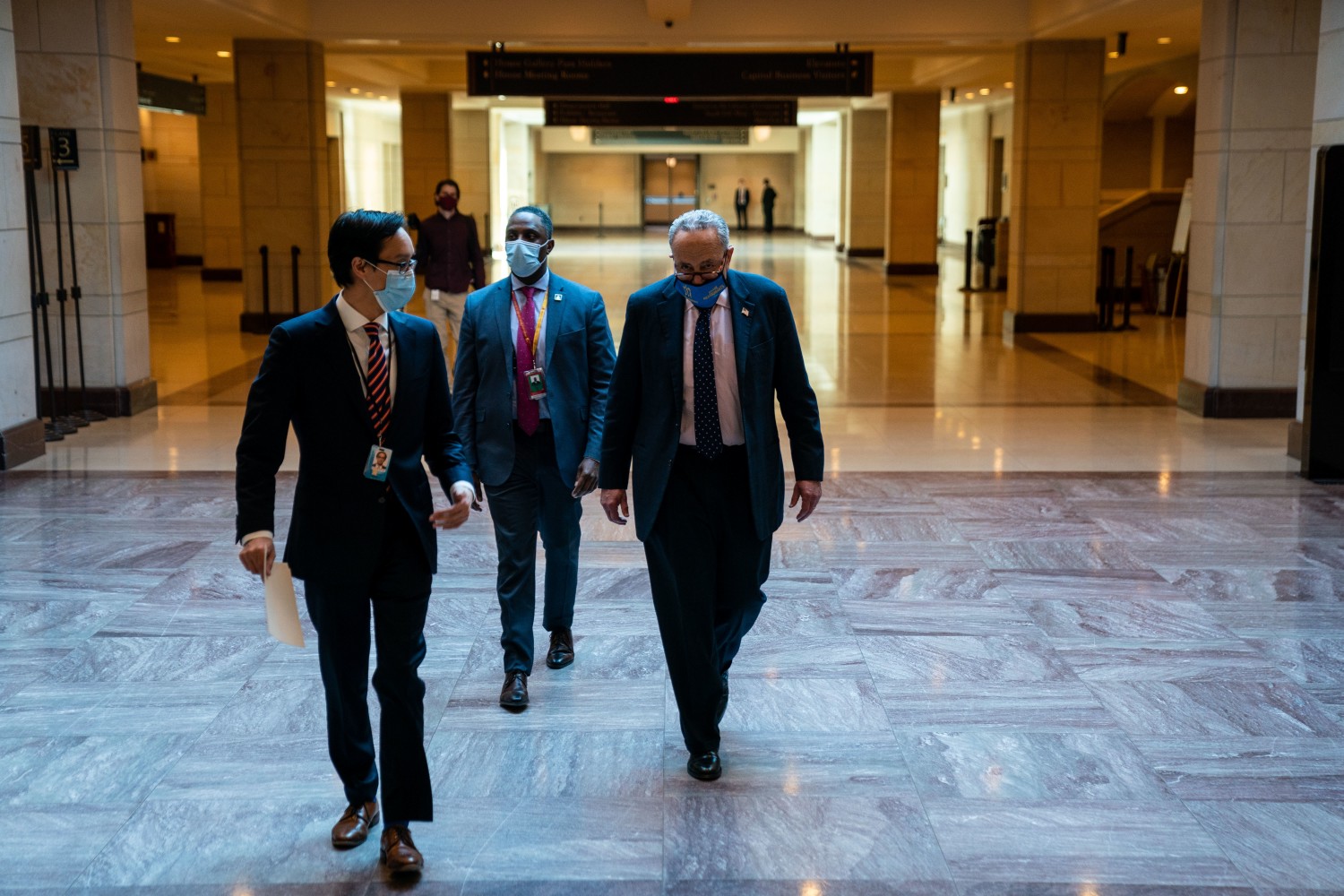 Senate Democrats are expected to present their version of the $1.9-trillion economic aid bill Wednesday, kicking off a marathon slog against Republican opposition to approve the bill and send it back to the House by the end of the week.

The most notable change from the House version will be removing language to raise the federal minimum wage to $15 an hour. Senate Parliamentarian Elizabeth MacDonough advised last week that because Democrats are using a special budget reconciliation process to move the bill quickly without Republican support, they cannot include policy changes, such as raising the national minimum wage.

Still being discussed Tuesday by Democrats was whether to lower the weekly federal unemployment supplement to $300, as some moderates want, or keep it at $400, as Biden requested and the House passed.

Another option being considered was providing the expanded federal unemployment aid through September, rather than ending it in August. Budget Committee chairman Sen. Bernie Sanders (I-Vt.) told reporters Tuesday he expected conversations to continue throughout the night.

The Senate version is expected to include the $1,400 direct payments to tens of millions of people, as passed by the House. But Democrats were still discussing Tuesday whether to lower the maximum income someone could make to receive it.

The bill also includes billions of dollars for COVID-19 vaccines and coronavirus testing; for schools and state and local governments; a quarter of a trillion in emergency jobless benefits; and targeted aid to the ailing restaurant and airline industries.

Republicans have called the bill too expensive and say it doesn’t spend enough on directly fighting the disease or reopening schools and businesses. They’ve lambasted the package for including Democratic priorities unrelated to the virus, such as transit projects in Silicon Valley and New York, and shoring up state and local government budgets.

Both transit projects were removed from the bill Tuesday evening.

Senate Majority Leader Charles E. Schumer (D-N.Y.) said he expects the final version to reach the Senate floor as soon as Wednesday, which triggers up to 20 hours of debate, equally divided between the two sides, including potential amendments to the bill.

Then begins what is called a vote-a-rama, in which senators can offer hundreds of amendments to modify the bill. There’s no time limit on a vote-a-rama, which can last into the early hours of the morning or overnight, until opposing senators tire and give up. Republicans upset with the relief package are expected to submit the majority of amendments as a stalling technique. Democrats likely have the votes to reject them.

“We’ll be fighting this in every way that we can,” Senate Minority Leader Mitch McConnell (R-Ky.) said. “It is my hope that at the end, the Senate Republicans will unanimously oppose it, just like House Republicans did.”

After that comes a vote on the final Senate passage of the bill, expected sometime Friday or Saturday. It takes a simple majority vote to pass a reconciliation bill, meaning the chamber’s 48 Democrats and two independents can do it on their own, with a tie-breaking assist from Vice President Kamala Harris.

“I expect a hearty debate. I expect some late nights on the floor,” Schumer told reporters. “But the American people are overwhelmingly in support of this legislation.”

Due to the Senate changes, the House will need to pass the revised version before sending it to Biden’s desk.

Democrats are rushing to get the bill to Biden before expanded unemployment benefits end March 14, possibly cutting off aid to up to 10 million Americans. In order to meet that deadline, the House would have to accept whatever changes the Senate makes to the bill.

House Majority Leader Steny Hoyer (D-Md.) said the House worked with the Senate in writing the version it passed, and he’s not concerned about changes the Senate might make.

“I can’t believe that any amendment that the Senate could adopt, with the complement in the Senate at this point in time, would be an amendment so egregious that the House would not vote for it,” Hoyer said.