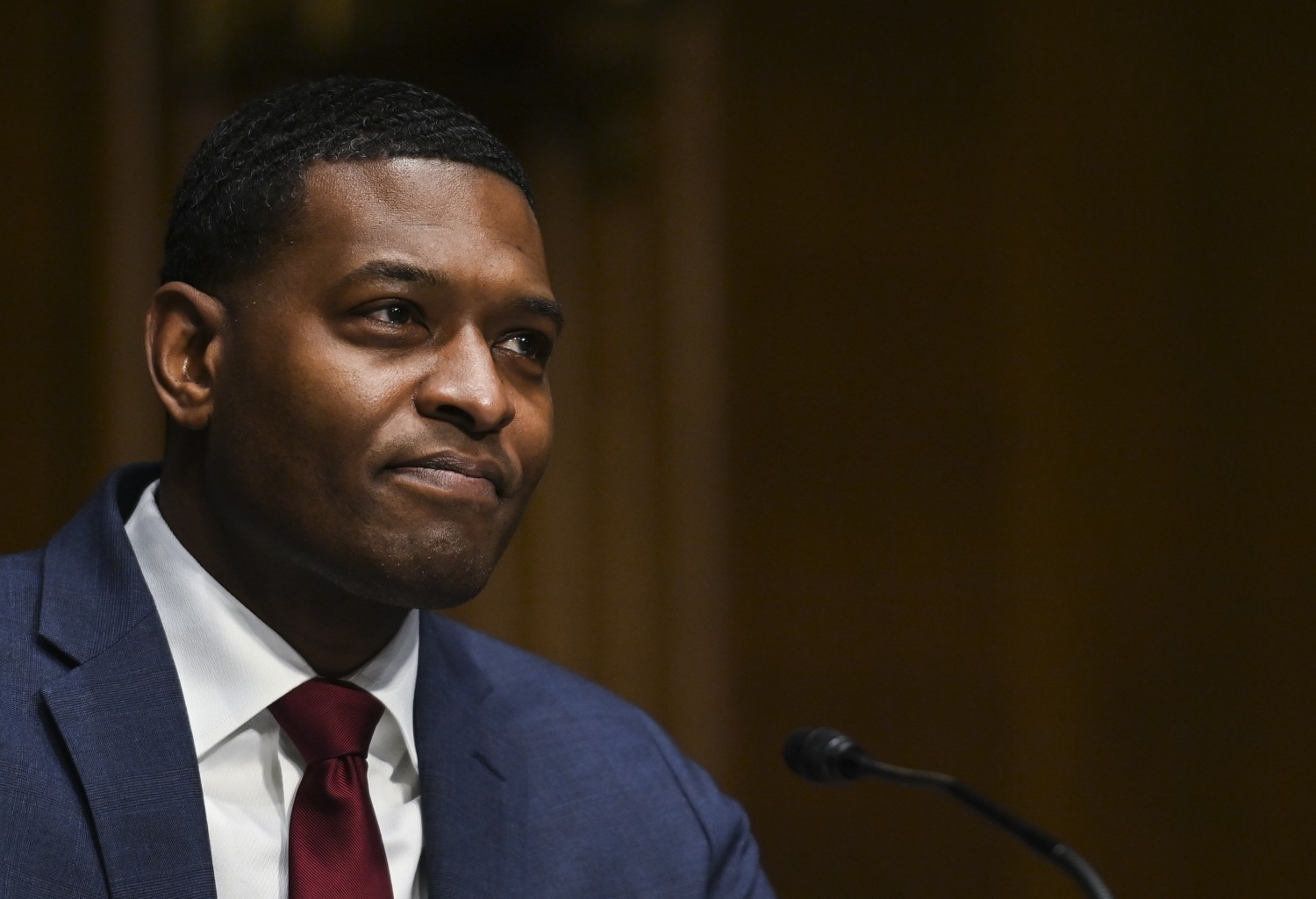 The Senate confirmed Michael Regan on Wednesday to run the Environmental Protection Agency, putting an environmental regulator known for consensus building at the helm of the agency that will lead President Biden’s efforts to combat climate change through tougher rules on power plants, car emissions and pollution from the fossil fuel industry.

Senators voted 66 to 34 to confirm Regan, North Carolina’s top environmental regulator, whose reputation for working with Democrats and Republicans in his home state made him an attractive candidate to Biden. Sixteen Republicans crossed party lines to vote for him, while Democrats backed his nomination unanimously.

Though little known outside Washington and North Carolina, Regan has been embraced by Democrats and environmentalists in part because he represents a complete departure from the last four years.

Whereas his immediate predecessors, Scott Pruitt and Andrew Wheeler built careers on fighting against major federal pollution rules, Regan, 44, has a history of environmental advocacy and no known ties to the fossil fuel industry. Unlike Pruitt and Wheeler, who sought to downplay the threat of climate change, Regan hasn’t been shy about backing the scientific consensus linking greenhouse gas emissions to warming temperatures and echoing the Biden administration’s pledge to make it a focus.
After graduating from North Carolina A&T State University with a degree in environmental science, Regan spent nearly a decade working in the EPA’s air quality and energy programs during the Clinton and George W. Bush administrations. He also worked for the advocacy organization Environmental Defense Fund and, for the last four years, has held the top post at the North Carolina Department of Environmental Quality where he was credited with brokering the largest coal ash cleanup settlement in the country.

As EPA administrator, Regan will lead an agency suffering from low morale after enduring a complete philosophical shift under the Trump administration. Dozens of environmental regulations protecting the nation’s air and water quality were rolled back and replaced with rules favored by the industries the agency is responsible for regulating. The administration weakened limits on greenhouse gas emissions from automobiles, relaxed pollution regulations on coal-fired power plants and significantly watered down the Endangered Species Act.

Dozens of scientists and career employees quit, leaving the agency understaffed. Enforcement of the nation’s environmental regulations declined, as did civil and criminal prosecutions against accused polluters.

During his confirmation hearing, Regan said he would work quickly to return the agency to its mission of protecting the environment and public health.

“We will restore the roles of science and transparency at EPA, and support the talented, dedicated career officials,” he told senators. “We will move with a sense of urgency on climate change. We will stand up for environmental justice and equity.”

Sean Hecht, an environmental law professor at UCLA, said Regan’s experience working on environmental policy at the federal and state level is likely to give him credibility both with career EPA employees and state regulators responsible for implementing many of the most important federal pollution regulations.

His accomplishments in North Carolina, where a Democratic governor has faced a legislature dominated by Republicans, may also serve him well in Washington.

“He’s somebody who’s able to get things done in the face of a very complicated political environment,” Hecht said. “And even if not everybody is happy with the outcome, I think that’s a very important skill to have.”

Regan has also promised to elevate environmental justice issues within the agency, directing more funding and attention to low-income communities disproportionately affected by toxic chemicals and air pollution from heavy industry and transportation. Biden has pledged to devote 40% of spending in his $2-trillion climate plan to these communities, though it’s unclear how that process will work.

Parras and his wife Ana organize residents in predominantly working-class Latino and Black communities in southeastern Houston that border chemical refineries, major highways and the heavily polluted Houston Ship Channel. Like many other local activists, they are eager for Biden’s EPA to restore the National Environmental Policy Act, one of the nation’s most significant environmental laws. It was weakened by the Trump administration in effort to speed the approval of projects such as roads and oil and gas pipelines.

“We have a complexity of issues down here. Our public officials are going to push against anything Biden does,” Parras said. “But we feel we finally have the ear of the administration.”