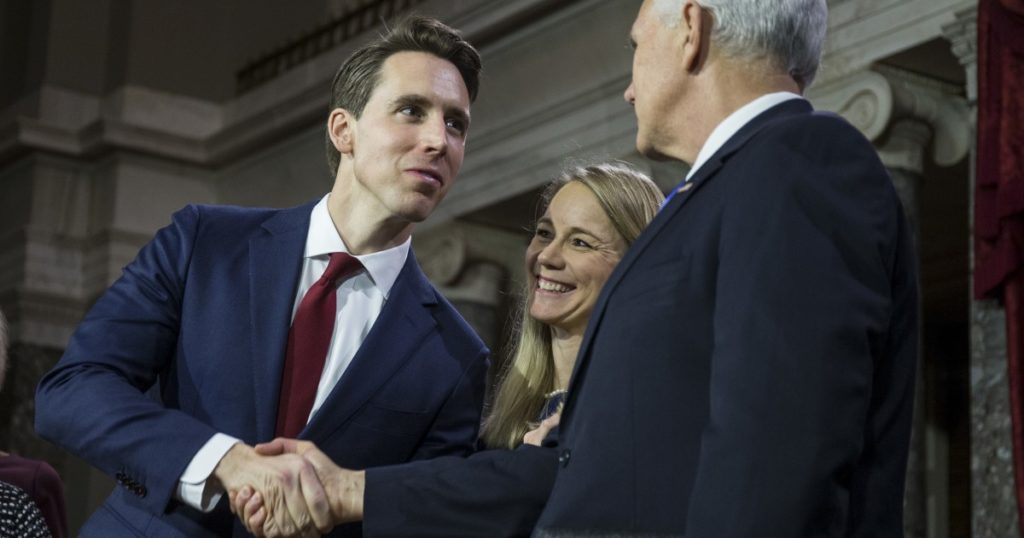 U.S. Sen. Josh Hawley‘s planned book, “The Tyranny of Big Tech,” canceled by Simon & Schuster after his involvement in the recent Capitol insurrection, has found a new publisher.

The book, which Simon & Schuster originally described as Hawley’s case that the likes of Google, Amazon and Apple represent the “gravest threat to American liberty since the monopolies of the Gilded Age,” has been picked up by conservative imprint Regnery Publishing. Regnery, purveyor of “Conservative Books for Independent Thinkers,” per its website, lists Michelle Malkin, Dennis Prager and Ann Coulter among its top authors.

Regnery president and publisher Thomas Spence said of Simon & Schuster in a statement on Monday, “It’s discouraging to see them cower before the ‘woke mob,’ as Senator Hawley correctly calls it. Regnery is proud to stand in the breach with him. And the warning in his book about censorship obviously couldn’t be more urgent.” The company expects a spring 2021 publishing date.

For his role in cheering on the rioters (visually evidenced by the now-infamous photo of him raising a fist in support of the violent mob) and then continuing to challenge certified election results without evidence in spite of the armed attack on the Capitol, Hawley (R-Mo.) has faced severe criticism from many sides.

Condemnation has come from the public (with the #HawleyResign hashtag trending on Twitter), colleagues (with Democratic senators including Chris Murphy of Connecticut, Sherrod Brown of Ohio and Ron Wyden of Oregon calling for discipline ranging from censure to expulsion) and even top Republicans and donors (a growing list of whom have withdrawn their support).

Simon & Schuster announced its decision Jan. 7: “After witnessing the disturbing, deadly insurrection that took place on Wednesday in Washington, D.C., Simon & Schuster has decided to cancel publication of Hawley’s forthcoming book, ‘The Tyranny of Big Tech.’ We did not come to this decision lightly. As a publisher it will always be our mission to amplify a variety of voices and viewpoints: at the same time we take seriously our larger public responsibility as citizens, and cannot support Hawley after his role in what became a dangerous threat to our democracy and freedom.”

Hawley tweeted his response, calling Simon & Schuster a “woke mob” engaging in “Orwellian” behavior, though not explaining exactly what he felt was Orwellian about the business decision. Hawley tweeted that “Simon & Schuster is canceling my contract because I was representing my constituents, leading a debate on the Senate floor on voter integrity, which they have now decided to redefine as sedition.”

He further said, “It’s a direct assault on the First Amendment. Only approved speech can now be published. This is the Left looking to cancel everyone they don’t approve of. I will fight this cancel culture with everything I have. We’ll see you in court.”

While the publisher did cancel the contract, which it later stated was within its legal rights, the First Amendment claim is debatable. As a number of legal and constitutional experts (including Ilya Shapiro of the Cato Institute) pointed out, Simon & Schuster is a private company, not a government entity, and it did not restrict Hawley from seeking another outlet, meaning the First Amendment did not apply to their dispute.

Simon & Schuster’s “public responsibility as citizens” is still being tested, however: As Publishers Marketplace points out, Simon & Schuster is Regnery’s distributor.