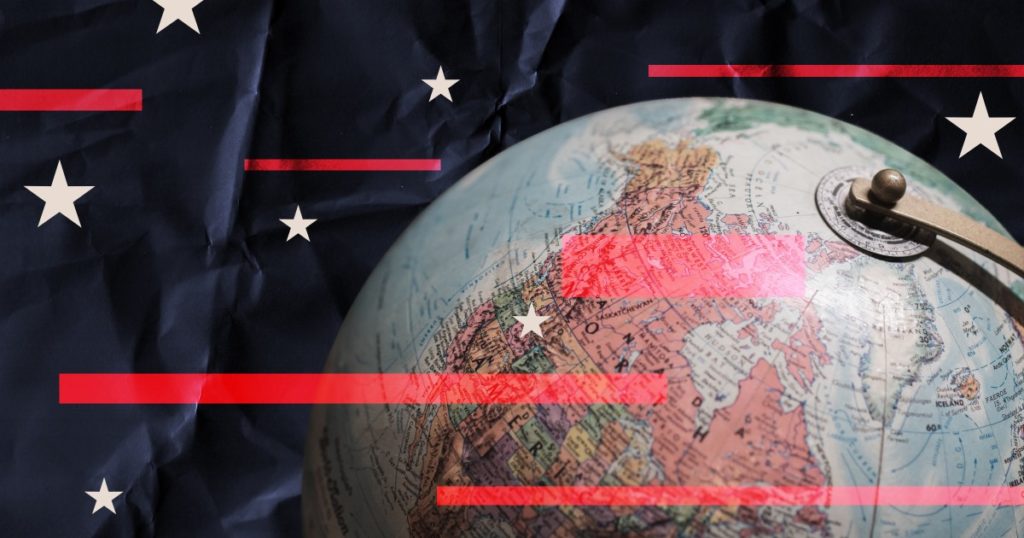 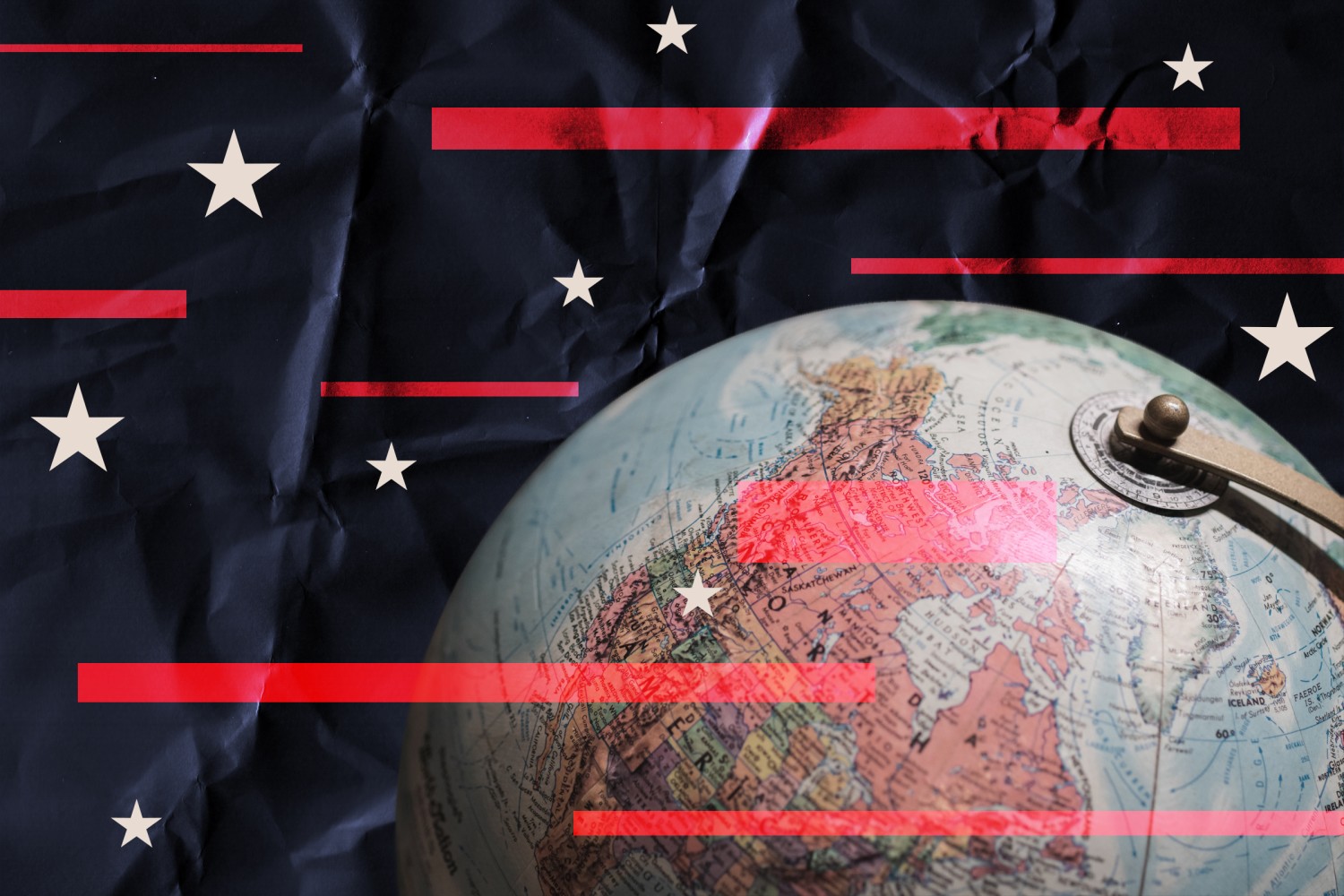 The term “grand strategy” has acquired something of a bad reputation in global affairs. It sounds pompous, and as a buzzword, it can serve as a mystification, tempting leaders to formulate glib doctrines or to rely excessively on reputed wise men, like George Kennan or Henry Kissinger. Some have seen it as a cover for American adventurism or even imperialism.

More charitably understood, though, constructing a grand strategy is a way for policymakers to think analytically, with an eye toward long-term goals, about how nations and peoples should engage with one another. It is about conceiving, organizing and operationalizing policies and plans, anticipating obstacles and aligning lofty aspirations with limited means to realize them. Today, President Biden stands poised to revive just this sort of grand strategy.

Effective global strategizing has not been easy for the U.S. in recent decades. After 9/11, George W. Bush’s administration embraced a strategic vision of sorts, centered on stopping Islamist terrorism. But Bush’s highly ambitious ends bore almost no relationship to any realistic means. His 2003 invasion of Iraq backfired disastrously, diminishing the public’s appetite for involvement overseas. Meanwhile, the Great Recession of 2008-09 cast a harsh light on the ways that the free trade policies of the 1990s and 2000s — a centerpiece of the strategic vision of the immediate post-Cold War era — made the United States more prosperous but left behind many in the working class.

In reaction, or overreaction, to Bush’s messianism, Democratic and Republican administrations alike avoided deliberate global strategies. Barack Obama disavowed any desire at all for “a George Kennan.” He insisted he was content to “hit singles and doubles” and avoid stupid errors in foreign policy. Accordingly, his presidency saw no marked progress toward discernible, cohesive global goals. Donald Trump, touting an atavistic “America first” nationalism, also overcompensated for Bush’s overreach, conducting foreign policy by instinct, impulse and a dearth of strategic thought.

The U.S. withdrawal from an active role in shaping a global agenda created a void that China and Russia have been eager to fill, to the detriment of American interests and values. What’s needed, therefore, is not an abdication of grand strategy but the cultivation of better strategy.

Finding that better strategy requires thinking beyond the traditional categories of hard power and statecraft. Though critics of an internationalist policy don’t always recognize it, global leadership involves more than the headline-making issues of war, proxy war and counter-terrorism. It must involve what are typically deemed domestic concerns as well.

In a 2016 conference and now in a new book, two dozen scholars pooled their understanding of grand strategy history. We concluded, among other things, that the most visionary and effective approaches to global engagement have always paid attention to important domestic actors and causes. Racial reformers, women’s suffrage advocates and public health practitioners, among others, have pursued their goals with an eye on the United States’ world role, and in so doing have influenced foreign policy planning and its achievements.

In the early Cold War, to cite but one example, Black Americans and their allies pushed for full citizenship rights, using the argument that Jim Crow laws, lynching and the denial of voting rights across the South not only betrayed American democracy but also fueled Soviet propaganda. Arguments for outlawing de jure school segregation, as the Supreme Court did in Brown vs. Board of Education in 1954, were supported with State Department amicus briefs. Today’s Black Lives Matter protests have critiqued the racial and global dimensions of U.S. power, spawning a worldwide anti-racist movement that influences how the U.S. interacts with allies and adversaries.

We can already see a promising outline in the president’s early actions. Biden quickly rejoined the Paris climate accord and the World Health Organization, began buttressing security alliances in Europe and Asia, pushed for increased immigration, ended Trump’s “Muslim ban,” struck a tough tone toward China and at the same time dialed down costly trade wars. These moves bring local, domestic concerns to bear on U.S. policy abroad and reflect the impact of international events on life at home.

One potentially discordant note: Biden’s plan to withdraw from Afghanistan by Sept. 11. This decision is clearly responsive to domestic opinion — a strategic concession that two decades of costly military engagement has achieved only limited success. Yet the move also appears out of sync with Biden’s larger vision of global leadership, which centers on re-upping America’s commitments, including military ones, to other countries.

There remains more to do under the auspices of a better grand strategy, not least to address stark inequalities at home and abroad. Biden has wisely committed the nation to “vaccination diplomacy.” Though the Trump administration’s nationalism hampered collaborative efforts to slow the spread of the coronavirus, Biden’s policies have the potential to accelerate global pandemic relief — especially his support for a waiver of vaccine makers’ intellectual property rights — and to organize internationally to prepare for new outbreaks.

A combination of domestic and international concerns should also inform policies regarding the protection and promotion of government by the people. As a candidate, Biden vowed to “reinvigorate” American democracy and “strengthen the coalition of democracies that stand with us around the world.” With the rise of authoritarian regimes worldwide, and especially in the wake of the Jan. 6 U.S. Capitol riot, this imperative has grown more acute. An agenda of expanding voting access and vigilance against election interference can bolster the fight against illiberal movements everywhere.

Activism in the world need not mean the neglect of pressing concerns at home. Meeting domestic demands must not lead to a foreign policy of insularity. As the political scientist Jonathan Monten has noted, majorities of the public — contrary to impressions — want the U.S. to be energetically committed globally, to sustain trade deals, to protect the health of the planet and to preserve commitments to historic allies. All of this demands global cooperation.

Biden’s affirmation that “America is back” can mean as much to the world as it does to the U.S. If he proceeds prudently and thoughtfully, he could rescue “grand strategy” from oblivion.