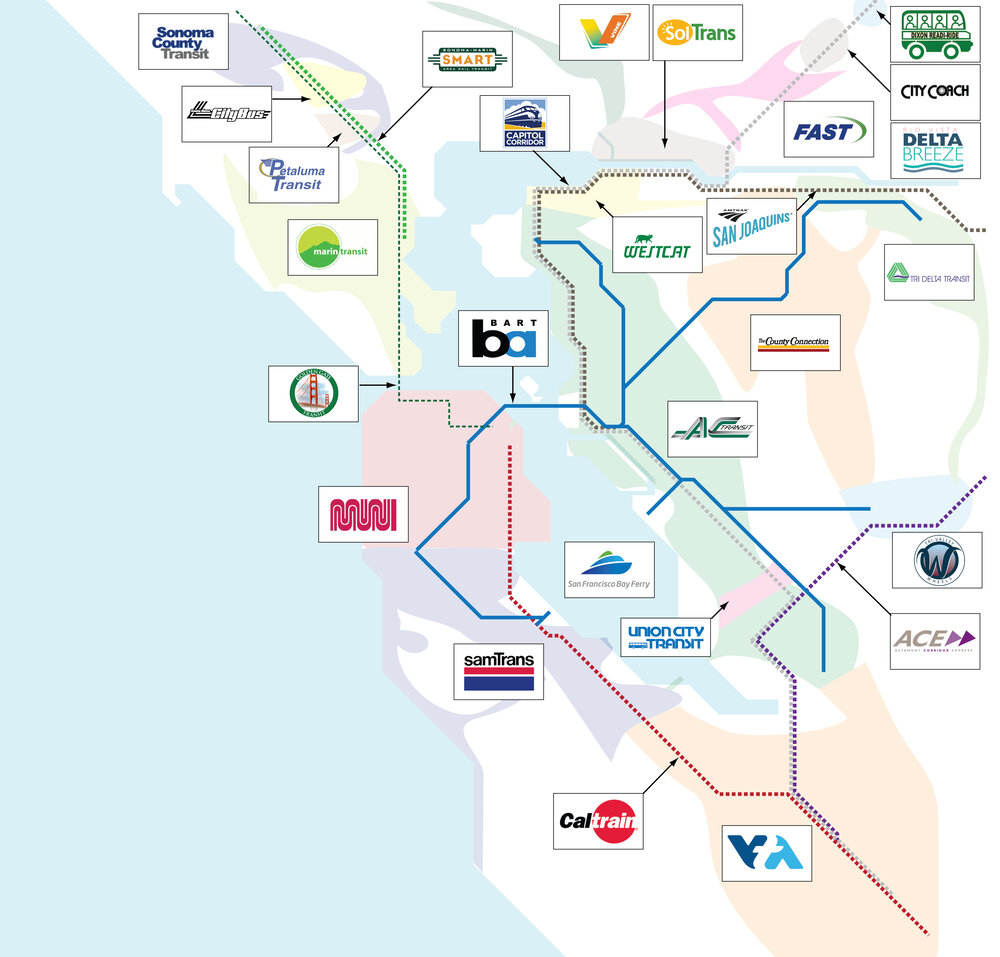 The dream of an integrated and “seamless” transportation system for the Bay Area may be one step closer to reality after Asm. David Chiu’s (D-SF) Seamless and Resilient Bay Area Transit Act passed the Assembly Transportation Committee earlier this week. A.B. 629 will need approval of the entire Assembly before moving on to the Senate.

A.B. 629 has some immediate improvements for transit riders and lays out a roadmap and timeline for the Bay Area’s tapestry of transit agencies to better coordinate fare collection.

“Navigating our disjointed transit system can be an intimidating and frustrating experience for riders, which leads to less transit ridership overall,” said Assemblymember Chiu in a press release. “As we navigate our way out of the pandemic and look to increase ridership, we must put the rider experience first and create a more seamless, reliable transportation system.”

The mandates of ABB 629 are based off a report from the region’s Blue Ribbon Transit Recovery Task Force, released last May. It includes deadlines for progress on the coordination of transit fares, signage and wayfinding, and real-time arrival information among the region’s transit agencies within three years of the bill going into effect. MTC would also develop a unified regional transit map and wayfinding system by July 2024.

Funding for the bill’s mandates would come from the MTC budget. According to Chiu, the agency is already identifying these funds and has some flexibility for coordination efforts with other agencies.

AB 629 would also provide immediate benefits for regular transit riders who don’t have access to high-volume discounted fares. According to Seamless Bay Area: “the bill calls for MTC to pilot an “accumulator pass” among multiple transit agencies that provide service in at least three adjacent counties by July 1, 2023.”

Accumulator passes allow transit riders to pay for transit on a per-trip basis, but with maximum daily, weekly, or monthly caps that give riders free trips after the cap is reached.

As one would expect, the legislation is popular with advocates such as Seamless Bay Area, but also with members of the SPUR, BART and MTC Boards of Directors.

Also of interest to Bay Area transit riders, A.B. 455 that authorizes transit-only lanes on the Bay Bridge and approaches, was passed through the Assembly Transportation Committee for a future vote of the full Assembly.