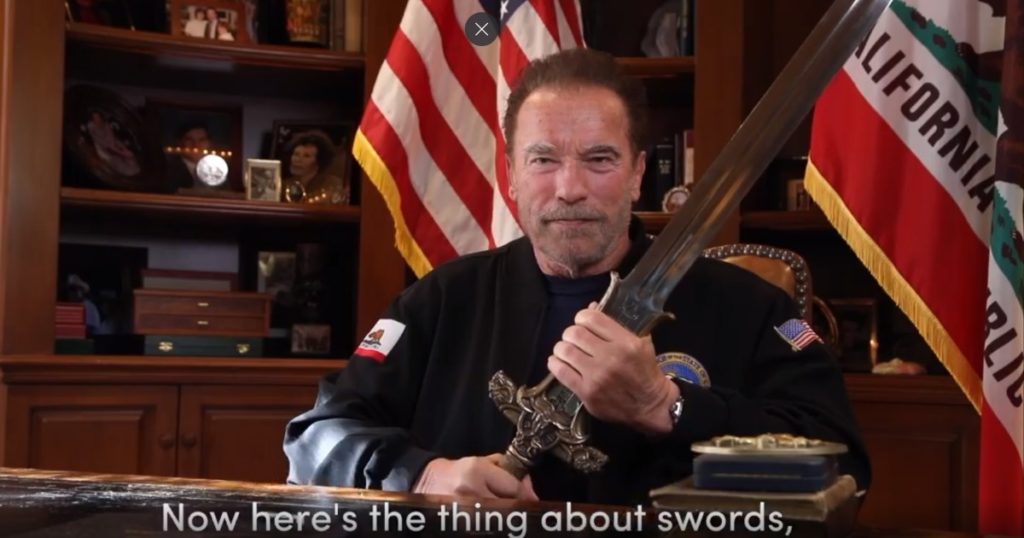 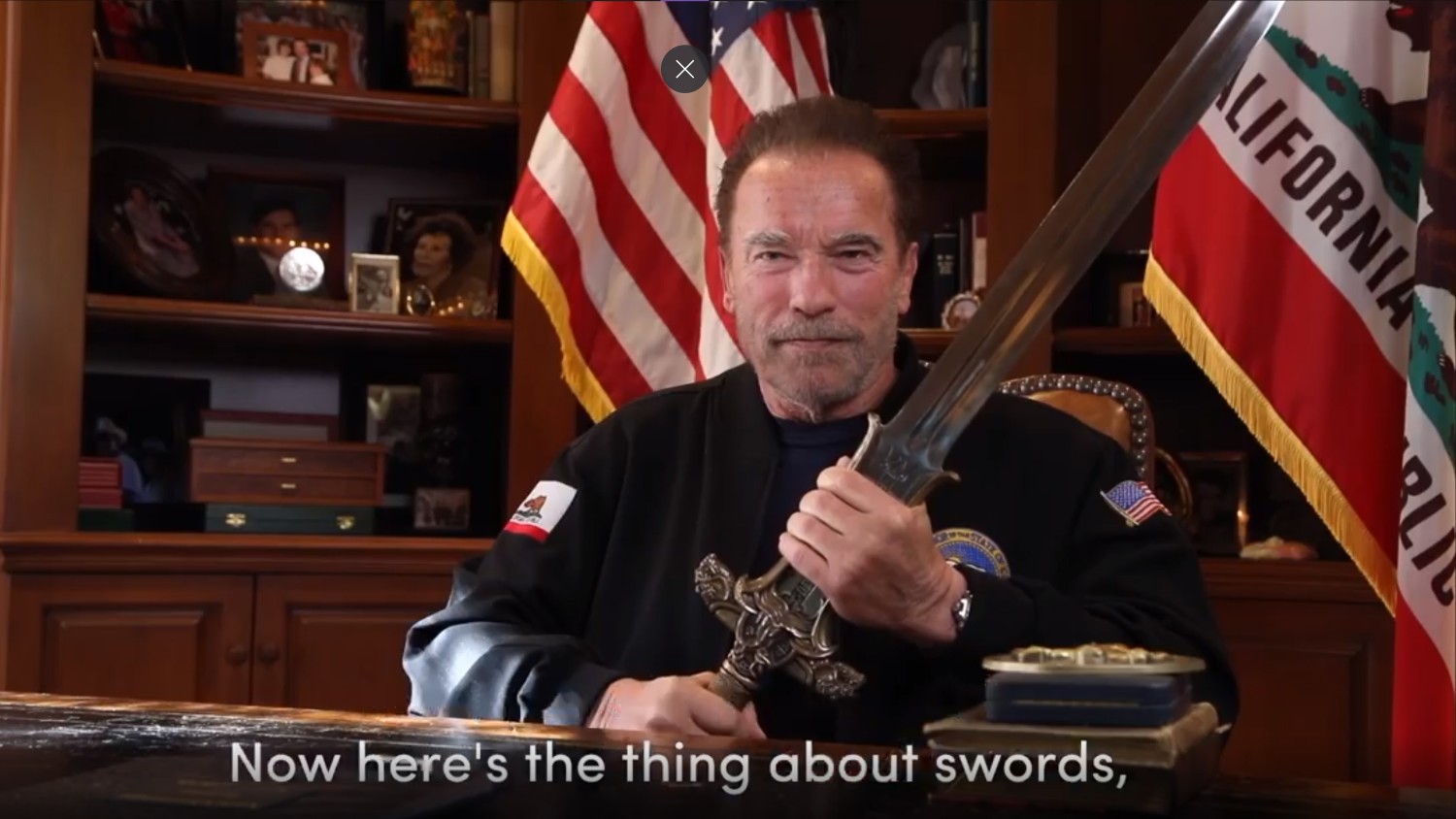 Kudos for Arnold Schwarzenegger. He spoke up when too many other Republicans cowered behind lies, afraid of their voters and the truth.

In likening last week’s mob invasion of the U.S. Capitol to the Nazis’ 1938 Night of Broken Glass attack on Jews across Germany and his native Austria, Schwarzenegger asserted that “spineless” fellow Republicans were also to blame for the deadly riot.

First, he linked Nazis with the violent followers of now twice-impeached President Trump. Until recently, using the pejorative “Nazi” to characterize any American political activity was considered out of bounds.

But Schwarzenegger, 73, has firsthand knowledge and credibility. His father was a Nazi Party member and decorated German army police officer in World War II before Schwarzenegger was born. (The Simon Wiesenthal Center investigated at Schwarzenegger’s request many years later and did not find any war crimes committed by his dad.)

In the video, Schwarzenegger recalled growing up among broken former German soldiers, “drinking away their guilt over their participation in the most evil regime in history. Not all of them were rabid anti-Semites or Nazis. Many just went along, step by step, down the road.”

Then the movie actor turned to Trump, who “sought to overturn the results of an election — and a fair election,” he said. Trump “sought a coup by misleading people with lies. My father and our neighbors were misled also with lies. And I know where such lies lead.”

The second remarkable thing is that Schwarzenegger called Trump a “failed leader” and ad-libbed — it wasn’t in the original text — that “he will go down in history as the worst president ever.”

Lots of people may think Trump’s the worst — myself included — but Schwarzenegger is the first prominent Republican I’ve heard publicly state it.

Third, here’s a celebrity Republican who called out GOP politicians for being cowardly. They sinned by pandering to Trump when they should have been protecting democracy, Schwarzenegger asserted.

The last straw for Schwarzenegger was the lemming-like echoing by most Republican pols of Trump’s lie that Joe Biden and Democrats stole the election. In truth, it was the opposite: Trump tried to steal the election.

That lie riled the rioters, along with Trump’s fiery speech that launched their ransacking of the Capitol — a storming of democracy’s cathedral aimed at halting Congress’ counting of electoral votes.

“What are we to make of those elected officials who have enabled [Trump’s] lies and his treachery?” Schwarzenegger asked. “I would remind them of what Teddy Roosevelt said, ‘Patriotism means to stand by the country. It does not mean to stand by the president.’

“John F. Kennedy wrote a book called ‘Profiles in Courage.’ A number of members of my own party, because of their spinelessness, will never see their names in such a book.

“They are complicit with those who carried the flag of self-righteous insurrection into the Capitol.”

Schwarzenegger said, “We need to hold accountable the people who brought us to this unforgivable point.”

He didn’t specify whether it was the violent mob or the enabling politicians who should be held accountable. I assume both.

Nor did he name any “spineless” Republicans.

So, I’ll name some — starting with the House of Representatives’ top Republican, Minority Leader Kevin McCarthy of Bakersfield.

McCarthy, 55, has been shining Trump’s shoes for four years. He obviously enjoys being buddies with the president and has used Trump’s star power among Republican voters to boost GOP candidates.

But like most Republican members of Congress, McCarthy also has feared the president’s potential wrath — and the reprisal of Trump worshipers at election time.

This McCarthy is not the same moderate pragmatist that Sacramento pols remember as state Assembly minority leader when Schwarzenegger was governor.

“Of all the politicians in Congress, Kevin is probably the best political operative,” says Mike Madrid, a Sacramento-based, anti-Trump Republican political consultant. “He has a finger on the pulse of the Republican base. That’s what you need as a leader. You don’t need an echo of extremism.

“He should stand up and tell the president to resign.”

Instead, McCarthy led two-thirds of the Republican House members in trying to throw out Biden’s electoral votes from Arizona and Pennsylvania — immediately after the mob invasion.

Rather than obeying Trump, they should have seized the moment to send a message to insurrectionists that political violence was intolerable — conveyed with action by accepting Biden’s lawful victory, not by spewing trite words.

They’re all successful political pros. They know there was no evidence of fraud in any state’s presidential vote counting. It was all a Trump lie.

Let’s be clear: I don’t consider voting against Trump’s impeachment a spineless act. There are legitimate arguments on both sides. He’ll be evicted in a few days anyway. But he should be held accountable and punished.

Schwarzenegger made some nutty mistakes as governor and I slammed him for them. But he was always bold and gutsy. Never spineless.