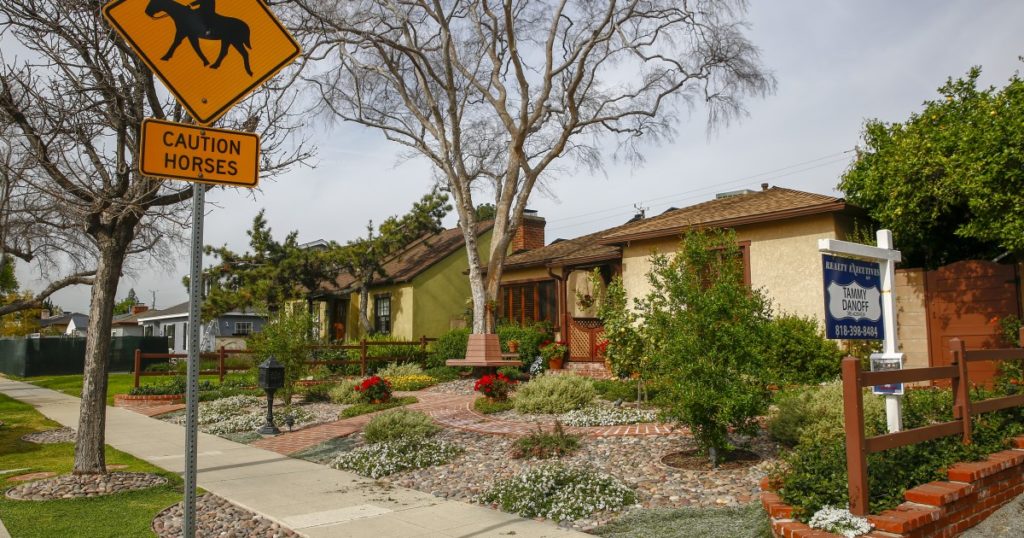 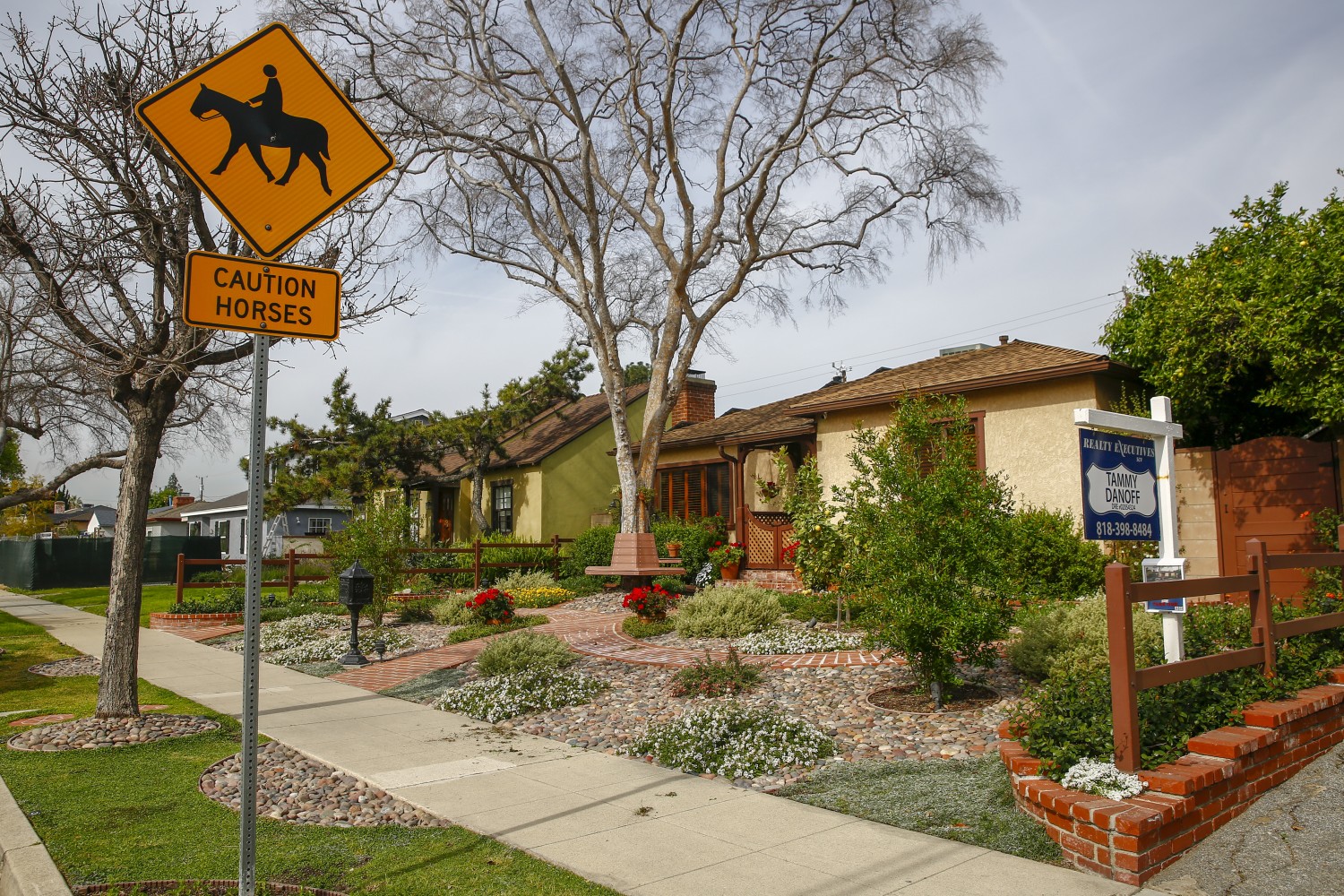 Legislation that would allow new multifamily housing developments in some California communities is shaping up to be the most significant housing bill in Sacramento this year, even though its impact on the state’s housing crunch would likely be limited.

Dubbed the “duplex bill,” Senate Bill 9 marks the most conservative effort in a string of so-far unsuccessful measures by Sacramento lawmakers in recent years to permit more housing density in single-family neighborhoods. Recent changes to the legislation, experts say, stand to further erode its homebuilding potential.

Despite the political muscle of its author, Senate President Pro Tem Toni Atkins (D-San Diego), strong opposition from groups whose pushback has helped scuttle more ambitious past attempts raises questions about the Legislature’s ability to address the state’s housing shortage if the legislation comes up short when lawmakers adjourn for the year on Sept. 10.

SB 9 would allow up to four new housing units on a single property in certain neighborhoods that are currently zoned for standalone houses only, but how a property owner could get from one to four is somewhat complicated.

Under the legislation, cities would have to allow any property owner who asks to build two units on a formerly single-family lot. They would also have to approve homeowner applications to subdivide their property into two lots and build one or two units on the new ones — for a total of four potential homes where only one originally stood.

Supporters argue the bill would lead to lower-cost homeownership opportunities in middle-to-high-income areas by creating new housing that aligns with the look and feel of existing neighborhoods. Opponents argue new development under the bill is financially inaccessible for most homeowners, leaves vulnerable neighborhoods open to gentrification and infringes upon local control.

SB 9 was further narrowed on Monday when it was amended to include a requirement that property owners who want to subdivide their property and build new units be residents on that property for at least three years, a change requested by the California Assn. of Realtors as a way, it said, to limit developers and gentrification in lower-income communities of color.

It was also changed to allow local governments to block projects that community officials believe would adversely affect public health and safety, including homes subject to high fire risk.

The bill exempts homes in rural areas, historic districts and properties where a tenant has lived for at least three years. Cities can still impose certain design standards, and the bill does not outlaw single-family homes or mandate any new development.

SB 9 rose from the ashes of a more sweeping, high-profile proposal that sought to allow fourplexes in single-family neighborhoods and mid-rise apartments near public transit — a clash that pitted suburban homeowners and tenants rights groups against housing advocates who see density as key to alleviating the state’s affordability crisis.

Atkins introduced a similar proposal last year after forging a compromise between opposing lawmakers on the issue. It was passed by both houses but ultimately failed to advance before the Legislature’s deadline.

“This is not a radical bill,” said state Sen. Scott Wiener (D-San Francisco), who has spearheaded many of the Legislature’s most ambitious housing bills in recent years and is co-author of SB 9. “These zoning bills are planting seeds for the future. That means gradual change in neighborhoods, not some immediate dramatic transformation.”

He said lawmakers are facing more organized opposition than last year, suggesting tougher votes to come in the state Capitol. But failing to pass the measure would “speak volumes about the ability of the Legislature to address the housing crisis,” he added.

Another bill by Wiener, SB 10, would give city governments the option to streamline permits for new housing developments of up to 10 units in single-family neighborhoods.

After decades of population growth coupled with meager housing construction, California lacks enough homes for people who want to live in the state, particularly in communities near job centers, schools and public transit. Estimates of that shortage range from around 1 million to 3 million homes.

The debate on SB 9 so far centers on its size and scale. Supporters envision a subtle move toward more density that makes coveted neighborhoods more inclusive, while opponents warn of luxury apartments that could upend neighborhoods with gentrification and insist on local control of housing development.

An analysis by UC Berkeley’s Terner Center, a research group that supports the bill, found that SB 9 could spur construction of 700,000 new homes over several years. The vast majority of California’s 7.5 million single-family lots would not be likely to see new development, meanwhile, because high land and construction costs create limited opportunities for profit, according to the report.

With the new requirement that property owners who want to develop new housing also be residents of that property, their analysis found that the number of new units made possible by SB 9 would decrease by approximately 40,000, or roughly 6%. Home demolition would be rare and property owners would be most likely to convert a single-family home into a duplex or build in the backyard, the analysis found.

Unlike developers, most homeowners don’t have the resources they would need to reconfigure their properties, so such projects could be rare, said David Garcia, policy director at the Terner Center.

“It’s less likely an individual homeowner will decide to undertake a major construction project in their backyard if they’re not able to sell to a third party … constructing a duplex through a lot split in your backyard is complicated and a lot of homeowners will decide not to do it, but that’s not a number we can quantify,” he said.

Sanjay Wagle, vice president of the California Assn. of Realtors, said that the aggregate number of homes spurred by SB 9 might not decrease if small-scale developers and lending institutions find new ways to work in tandem with homeowners.

“It all depends on how you believe the market would respond to new opportunities,” he said. “The homeowner can do a lot split and build units without a developer swooping into a neighborhood and completely changing it. We believe we’re striking a balance.”

“We don’t feel the [owner occupancy] requirement is enforceable,” he said, raising questions about what happens if a homeowner applicant has to sell soon after initiating a project or what penalty landowners would face for skirting the rule.

Founder of United Neighbors Maria Pavlou-Kalban said the three-year residency requirement “doesn’t do anything to discourage land speculators,” adding that average homeowners won’t qualify for loans to subdivide their property, nor does the bill mandate affordable units.

The group of some 200 neighborhood groups grew out of organizing Pavlou-Kalban did against SB 50 as a leading member of the Sherman Oaks Homeowners Assn in the San Fernando Valley.

On Wednesday, the Los Angeles City Council nearly unanimously passed resolutions opposing both SB 9 and SB 10 with an overarching message about their aim to maintain control over homebuilding in the city — market rate or affordable.

West L.A. councilmember Paul Koretz said the bills will “kill communities and the environment,” while some members including Nithya Raman referenced the discriminatory aspects of single-family zoning and called on the city’s affluent communities to welcome more neighbors.

“Every bill that comes out of Sacramento feels like it starts with the developers and then figures out which of the others they can get on board,” said councilman Mike Bonin. “I think we’d have a much better chance… if the conversation started with affordable housing advocates.”

Michael Manville, a professor of urban planning at UCLA, said SB 9 continues to be a key opportunity to build housing in California despite what he called predictable political concessions in Sacramento given the opposition.

“These two amendments are basically a step away from the bill’s original vision… A bill like SB 9 was always going to produce the most housing when there weren’t restrictions on who might occupy the housing that gets built on one of these parcels,” he said.