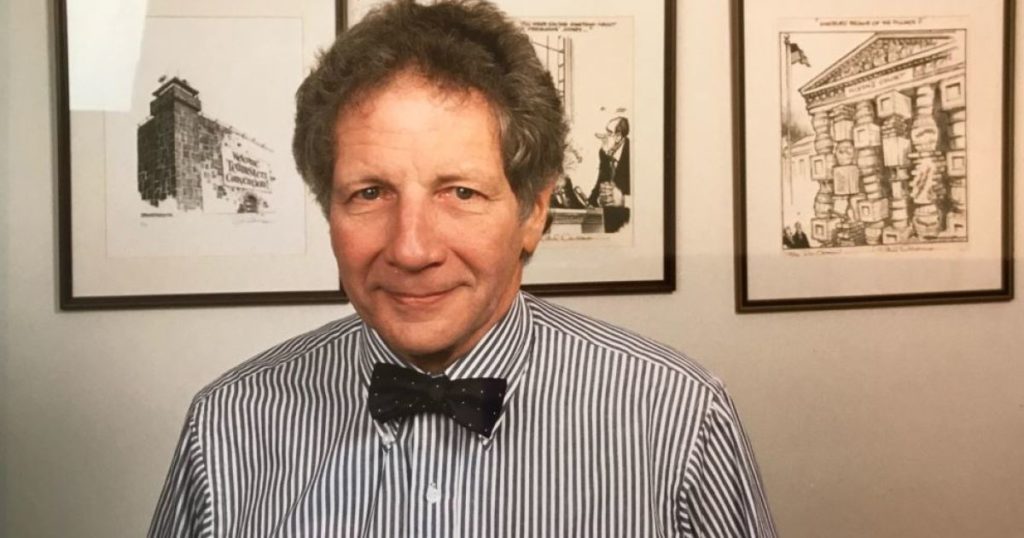 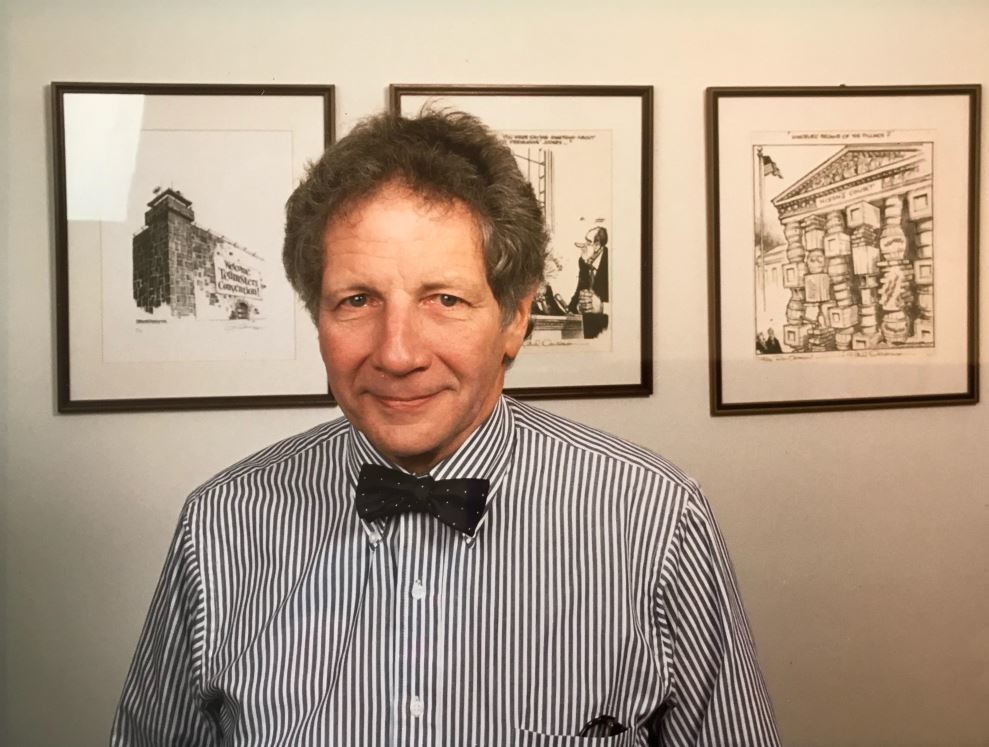 Ronald J. Ostrow, a soft-spoken but tenacious reporter who helped vault The Times into the first rank of Washington journalism during the Watergate scandal and won respect from leading Democrats and Republicans alike, died Monday at his home in Chevy Chase, Md. He was 89 and had Parkinson’s disease.

During more than three decades covering the Justice Department and federal law enforcement agencies, Ostrow won the confidence of major officials — and minor figures too — thanks to his relentless accuracy, fairness and persistence.

“He never pulled his punches,” U.S. Atty. Gen. Merrick Garland, who dealt with Ostrow as a mid-level Justice Department official during the Clinton administration, recalled in an email. “He was always knowledgeable, always prepared, always fair. He was tough as a journalist, kind as a person. … When the authors of the Bill of Rights drafted the First Amendment to protect freedom of the press, they had reporters like Ron Ostrow in mind.”

“He was a true professional of the old school,” former Atty. Gen. William Barr, who served in the Trump administration, said in a text message. “His reporting was fair and insightful.”

“He got stories from the FBI and Justice that nobody else had,” William H. Webster, a former FBI and CIA director, told The Times in 2000. “You could trust him. … If somebody got hit by Ron, it was because they deserved it.”

Ostrow was born in San Francisco in 1931, the son of a glove salesman and a homemaker. He graduated from UC Berkeley and after two years in the Army, worked at the Wall Street Journal and Business Week before joining The Times as a business reporter in Los Angeles in 1966.

He was a Nieman Fellow at Harvard University in 1964-65 and joined The Times’ Washington Bureau in 1966.

Along with reporters Jack Nelson and Robert L. Jackson, Ostrow led the paper’s coverage of Watergate, the scandal that grew out of the 1972 burglary of Democratic National Committee headquarters by agents ofPresident Nixon’s presidential campaign.

In an important break in the story, Ostrow learned from a source that former FBI agent Alfred Baldwin was a key participant in the plot. Nelson tracked Baldwin down and persuaded him to submit to an on-the-record interview. Baldwin told him that former Atty. Gen. John N. Mitchell, then chairman of the Nixon campaign, knew about the burglary — the first time a knowledgeable, named source had made that allegation.

“The story [was] perhaps the most important Watergate story so far, because it was so tangible, it had an eyewitness, and it brought Watergate to the very door of the White House,” author David Halberstam wrote in “The Powers That Be,” his 1979 book about media organizations.

Washington Post reporters Bob Woodward and Carl Bernstein, who won fame for their Watergate reporting, agreed. “The Times’ interview with Baldwin had been the most vivid piece of journalism in the whole Watergate saga, definitively portraying the difference between a ‘third-rate burglary attempt’ and the brand of political gang warfare practiced by the President’s men,” they wrote in their 1974 book, “All the President’s Men.”

In another exclusive, Ostrow reported in 1974 that the Watergate grand jury had voted to name Nixon, who was still in the White House, as an unindicted co-conspirator in the plot.

Over the rest of his 33 years in The Times Washington Bureau, Ostrow reported on the civil rights movement, FBI misconduct, President Reagan’s Iran-Contra scandal, the 1995 Oklahoma City bombing and many other major stories.

Former Washington Bureau Chief David Lauter, who worked with him in the 1980s and 1990s, recalled an example of Ostrow’s gift for making sources from 1987:

“We were chasing reports that [then-President] Reagan was considering 9th Circuit Judge Anthony Kennedy for the Supreme Court,” Lauter wrote. Ostrow telephoned his sources at the Justice Department in search of confirmation.

Years later, Lauter asked Ostrow who the source had been. The answer: It was an official Ostrow had befriended years earlier as a parking attendant at the Justice Department.

“That guy had risen through the ranks and was now in charge,” Lauter recalled. The man called Ostrow to tell him a visitor had been ushered into the building via the attorney general’s private elevator — and that the sign-in sheet bore the name “Anthony Kennedy.”