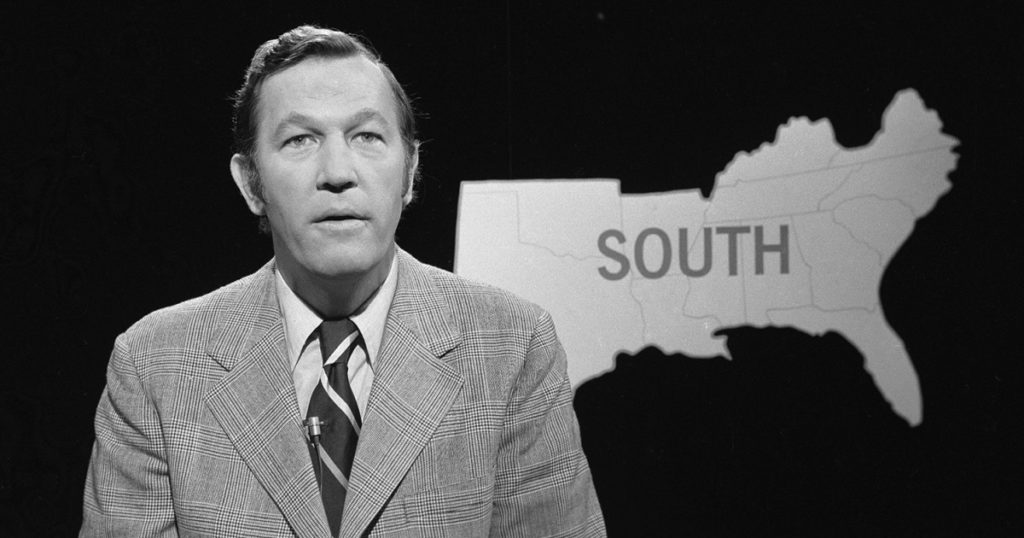 Roger Mudd, a political correspondent and anchor who was a major fixture in network TV news for over three decades, died Tuesday at his home in McLean, Va.

Mudd died of complications from kidney failure, according to CBS News, where he worked from 1961 to 1981.

Mudd was best known for two major stories involving the Kennedy family. He was a political correspondent covering Robert F. Kennedy’s 1968 presidential campaign and interviewed Kennedy shortly before being mortally wounded on June 5 by an assassin at the Ambassador Hotel in Los Angeles. Kennedy had won the California Democratic presidential primary that night.

In November 1979, Mudd sat down for a televised prime-time TV interview with Massachusetts Sen. Ted Kennedy to talk about his Democratic primary challenge to then President Jimmy Carter. Mudd directly asked Kennedy why he wanted to be president. The senator gave a hesitant and meandering answer that undermined his candidacy, and Carter went on to win the nomination in 1980.

The square-jawed Mudd had a sonorous voice and commanding appearance, making him an attractive candidate for an evening news anchor chair at a time when the nightly broadcasts set the agenda for the country.

Mudd was a frequent substitute for Walter Cronkite on the “CBS Evening News” and anchored the weekend editions of the broadcast in the late 1960s and early 1970s. He was considered Cronkite’s heir apparent.

But Dan Rather was ultimately chosen to succeed Cronkite, who was able to leverage a lucrative offer from ABC News.

Mudd moved to NBC in 1981, where he shared the anchor desk with Tom Brokaw on “NBC Nightly News.” The arrangement did not last, as Brokaw became solo anchor of the broadcast in 1983 and Mudd was moved to the network’s Sunday roundtable program “Meet the Press.”

Mudd left NBC in 1987 to join PBS where he served as a political commentator and reporter for “The MacNeil-Lehrer Newshour” (now called “PBS Newshour”). In 1992, he became the principal on-air host for the History Channel until his retirement in 2004.

Roger Harrison Mudd was born Feb. 9, 1928, in Washington, D.C. He received his undergraduate degree from Washington and Lee University in 1950 and his master’s in American history from the University of North Carolina in 1951.

Mudd got his start in journalism as a reporter in Richmond, Va., for the Richmond News Leader newspaper and radio station WRNL. He moved to WTOP in Washington in the late 1950s and joined CBS News as a correspondent in 1961.

Mudd became a familiar face to TV news viewers in 1964, when he covered the U.S. Senate’s debate over the Civil Rights Bill, which lasted 67 days. He was involved in the network’s coverage of every major political story through the 1970s, including election nights, party conventions and the resignations of President Richard Nixon and his vice president, Spiro Agnew.

Mudd was also part of a Peabody Award-winning documentary “The Selling of the Pentagon,” a 1971 CBS News investigation that exposed the U.S. military’s taxpayer-financed public relations to burnish its image and sell the Vietnam War.

“He was an inspiration to all of us in the bureau,” said CBS News President Susan Zirinsky. “I sat directly across from him in the D.C. newsroom — Roger was big, not just in his physical presence but he was larger than life.”

Mudd’s wife of 54 years, writer and artist Emma Jeanne Spears Mudd, died in 2011. He is survived by their four children, Daniel, Maria Mudd-Ruth, Jonathan and Matthew; 14 grandchildren and two great-grandchildren.