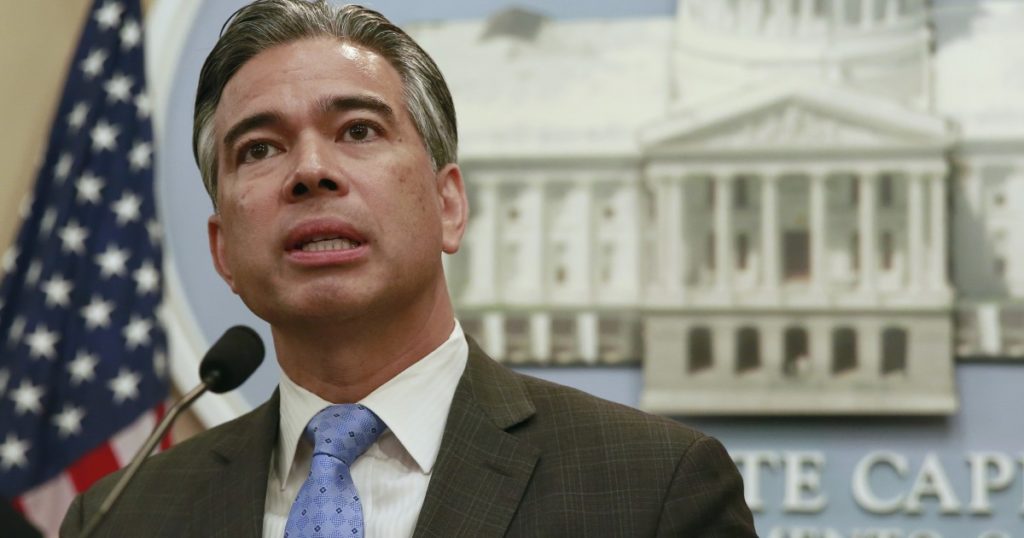 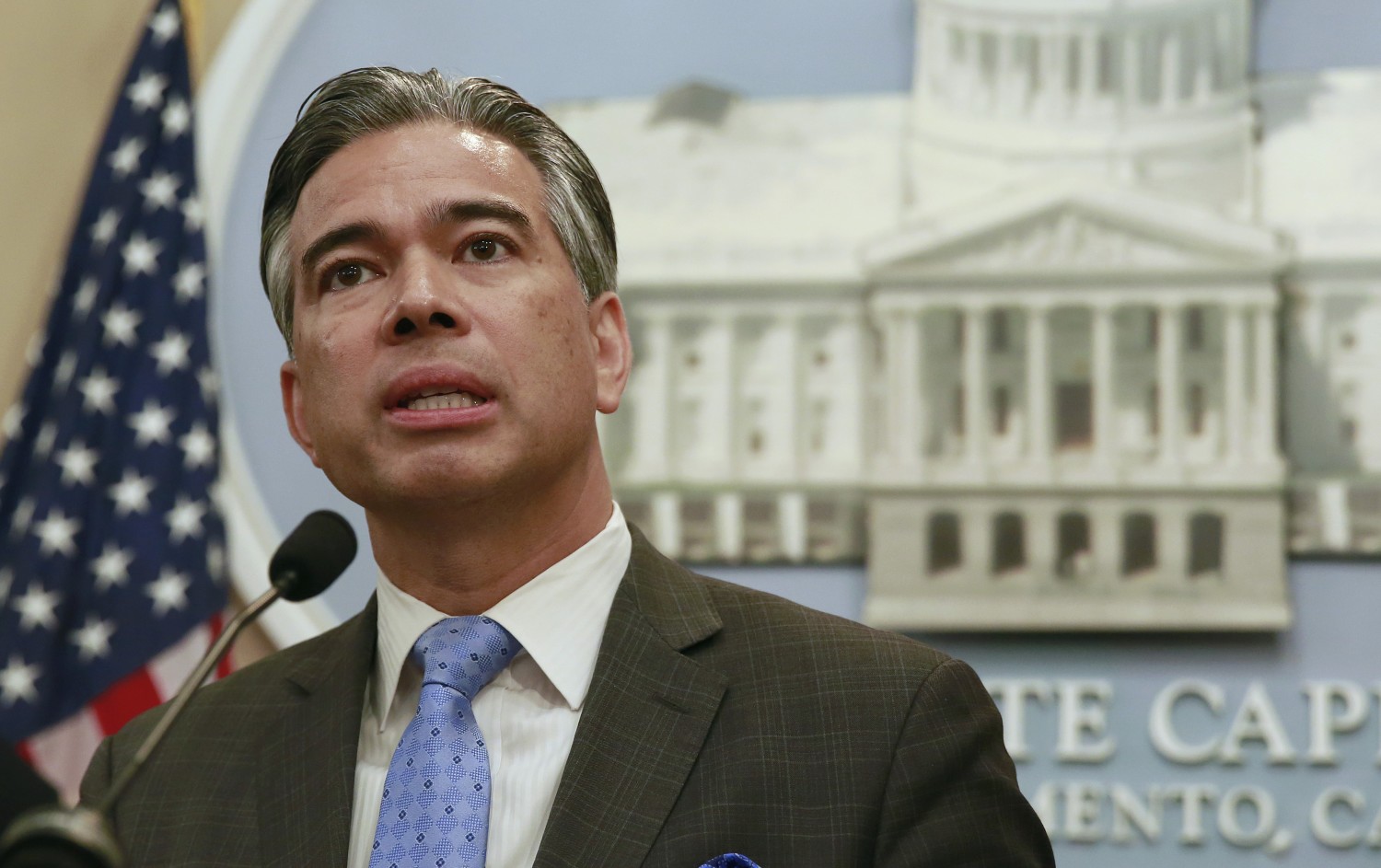 A month after taking over as California attorney general, Rob Bonta has put the Department of Justice on a hard pivot, launching a series of initiatives to refocus the agency on problems inside the state after it spent four years fighting the Trump administration on national issues.

In the last few weeks, Bonta has announced the creation of a Racial Justice Bureau to combat hate crimes and biased policing, financial help to local law enforcement agencies struggling with a backlog of untested rape evidence kits and expanded the Bureau of Environmental Justice to better target polluters.

Bonta has also taken action to make the department more transparent, reversing a prior policy that had withheld some records on police officer misconduct, and he set aside a Justice Department proposal to withhold gun enforcement data from researchers. The new attorney general also says he is working on the creation of a new unit to investigate fatal police shootings of unarmed civilians.

Bonta’s barrage of proposals comes after more cautious and slow starts on state issues by his predecessors Xavier Becerra and Kamala Harris, who is now the vice president. Becerra’s early days were mostly spent announcing lawsuits against the Trump administration.

Cristine Soto DeBerry, executive director of Prosecutors Alliance of California, a recently formed group of progressive district attorneys, said it is remarkable how fast Bonta has moved to put his imprint on the office of the attorney general.

“I’m excited by the urgency he’s acting with,” she said. “The attorney general has had a commitment to criminal justice reform since when he was in the Legislature and had an idea of the areas that were concerning to him from that position, and now that he is in the office he has an opportunity to impact them more deeply.”

At the same time, Bonta is facing criticism from the California District Attorneys Assn. and candidates challenging him in next year’s election, including Sacramento County Dist. Atty. Anne Marie Schubert, who is registered as “decline to state,” and former federal prosecutor Nathan J. Hochman, a Republican. Both candidates have accused Bonta of failing to address a spike in violence and property crime in his first month.

Bonta was a Democratic Assembly member for nine years before he took over as the state’s top cop on April 23, filling a vacancy created when Becerra became secretary of Health and Human Services in the Biden administration.

“California and the nation need leaders like Rob Bonta to meet this pivotal moment in our history with the courage, energy and tenacity it will take to shape a society more reflective of our values,” Newsom said.

Under Becerra, much of the Justice Department’s energy has been put into more than 120 lawsuits challenging the Trump administration’s actions, many on national issues including immigration, the U.S. Census and the federal Affordable Care Act.

Bonta said he supported Becerra’s actions as necessary to protect California values against threats by the Trump administration, but said his office has an opportunity to change its focus since President Biden, a Democrat, took office in January.

“I think with a Biden-Harris administration, the view — instead of being outward-looking to attacks on who we are as a state from the Trump administration — will be focused more inward,” Bonta said.

As the office winds down litigation made moot by Trump’s departure, the string of actions announced in the last month has outlined Bonta’s new focus while creating a record on which he can run as he stands for election next year.

A longtime advocate for gun control, Bonta acted three days after taking office to expand the release of data on gun violence that the Justice Department had previously kept confidential, though a research center funded by the Legislature said that holding it back would hinder efforts to determine how best to reduce shootings.

Two days after that, Bonta announced an expansion of the agency’s Bureau of Environmental Justice, which was created in 2018 by Becerra, with the planned addition of four new attorneys to increase oversight on polluters and take on more enforcement cases.

“No Californian should have to breathe toxic air or drink dirty water,” Bonta said. “But that is the unfortunate reality for far too many of our communities across the state, particularly low-income communities and communities of color.”

Bonta then announced a day later that he was creating a Diversity, Equity, and Inclusion Council within his agency to make sure his agency’s workforce reflects the makeup of the state’s population.

The Justice Department under Becerra had also faced criticism for dragging its feet in the release of use-of-force and misconduct records involving police officers. Bonta said May 7 that he will “accelerate” the release of those records as part of a court-approved agreement with media and open-records groups.

“For decades, peace officer misconduct records have been shrouded in secrecy,” he said. “By shining a light on misconduct where it occurs, we’re also working to rebuild trust between law enforcement and the communities they serve.”

During Bonta’s confirmation hearings, lawmakers asked him what he would do about the large backlog of evidence kits in sexual assault cases that have not been run through DNA tests that could identify attackers. Many local law enforcement agencies have not been able to process the kits, citing lack of resources.

On May 10, Bonta announced a new program to provide money to local law enforcement agencies to pay for the elimination of backlogs.

“Any sexual assault evidence kit that has fallen through the cracks is one too many,” Bonta said.

The attorney general most recently announced the creation of the Racial Justice Bureau, to be staffed by six attorneys and a supervising deputy attorney general, to “help tackle some of California’s most pressing racial and social justice issues head on,” including a spike in hate crimes.

The bureau will also launch investigations into implicit and explicit bias in policing, provide guidance on “best practices” in law enforcement, review allegations of discrimination on college campuses and oversee a task force to develop a plan for paying reparations for slavery to African Americans.

“All of our communities deserve to be seen, to be valued, and to be protected,” Bonta said in announcing the new bureau.

The scope of the proposal was criticized by the California District Attorneys Assn., which represents 56 elected county prosecutors in the state, including Schubert.

In a May 14 letter to the attorney general, the group cited “deeply troubling” actions that it said included comments “attacking” the Solano County district attorney for recusing herself from the investigation of a police shooting in Vallejo, and a lack of focus on crimes including gun violence and “rampant property crime consuming many of our urban areas.”

“We are concerned that your main proposals on hate crimes — a new bureaucracy and a hotline — are ideas that will do nothing to solve the problem,” said the letter from Gregory D. Totten, the group’s chief executive officer.

“By assigning only six lawyers to his new Racial Justice Bureau to take care of these issues on behalf of 40 million Californians, A.G. Bonta has engaged in an anemic, publicity stunt rather than a serious response to tackle these serious issues,” Hochman said. “Meanwhile, A.G. Bonta has little or no response to the enormous problems we are having with violent criminals and lethal drug dealers throughout the state.”

Bonta campaign spokesman Nathan Click responded that while the attorney general was acting to stop hate crime and protect civil rights, “those who are running against him are trying to reinstate the same Trumpian policies that have wrecked our justice system and fueled racial inequality and mass incarceration.”

Bonta was confirmed by the Legislature after saying his priorities include fixing what he called a “fundamentally broken” criminal justice system.

“Criminal justice reform is ripe for change that can be led by the attorney general’s office,” he said.

One of his top priorities, he said, is setting up a new office in the Justice Department that will investigate all fatal police shootings of unarmed civilians. The new office is mandated by legislation Bonta supported last year.

“I believe deeply that we need to build more trust between law enforcement and our communities,” Bonta said.

The new attorney general has also signaled his willingness to intervene in police shooting cases that have not been taken up by the state Justice Department in the past.

On May 13, he said his office will review a Vallejo police officer’s fatal shooting of Sean Monterrosa in June 2020. Becerra had declined to investigate the shooting, in which Monterrosa was shot while on his knees, leaving it up to the Solano County district attorney.

However, Bonta said the county prosecutor has not acted on the case nearly a year later so his office will step in, even as the case is drawing public scrutiny.

“We must still do our jobs in those cases and not shy away from them,” Bonta said.

Bonta has also supported legislation to decertify police officers found to have engaged in misconduct and to restrict the qualified immunity that restricts the ability of civilians from suing officers.

Some provisions of the decertification bill, which is pending, have drawn concern from law enforcement groups including the Peace Officers Research Assn. of California, which represents more than 77,000 law enforcement officers.

One of Bonta’s first meetings as attorney general was with leaders of the research association, including the group’s president, Brian Marvel, who said Bonta listened to their concerns about proposals including decertification.

Marvel, who is a San Diego police officer, said he told Bonta that it is important that any decertification process protect the due process rights of officers and that there not be duplicate investigations.

“I didn’t walk out of the meeting going, ‘Hey, the AG is going to be on our side now,’” Marvel said. “It was just, ‘Hey, we presented our side of it.’ He listened to all of our points of view and asked some very good questions.”

Former Los Angeles County Dist. Atty. Steve Cooley, a Republican who supports Hochman, is critical of Bonta’s rush of proposals so soon after taking on a new position.

“He has been a very prolific legislator over the years, so maybe he is thinking like a legislator, as opposed to a chief executive officer in command of tremendous assets,” Cooley said.

Others say Bonta may be off to a fast start in part because he has a short time to demonstrate success in the office before he must stand for election next year.

“I think focusing on racial and environmental justice are not just laudable, they are what California has needed,” Rendon said.

Newsom said in announcing the appointment that he knew Bonta would bring energy and focus to the job.

“This is someone ready to hit the ground running,” Newsom said.