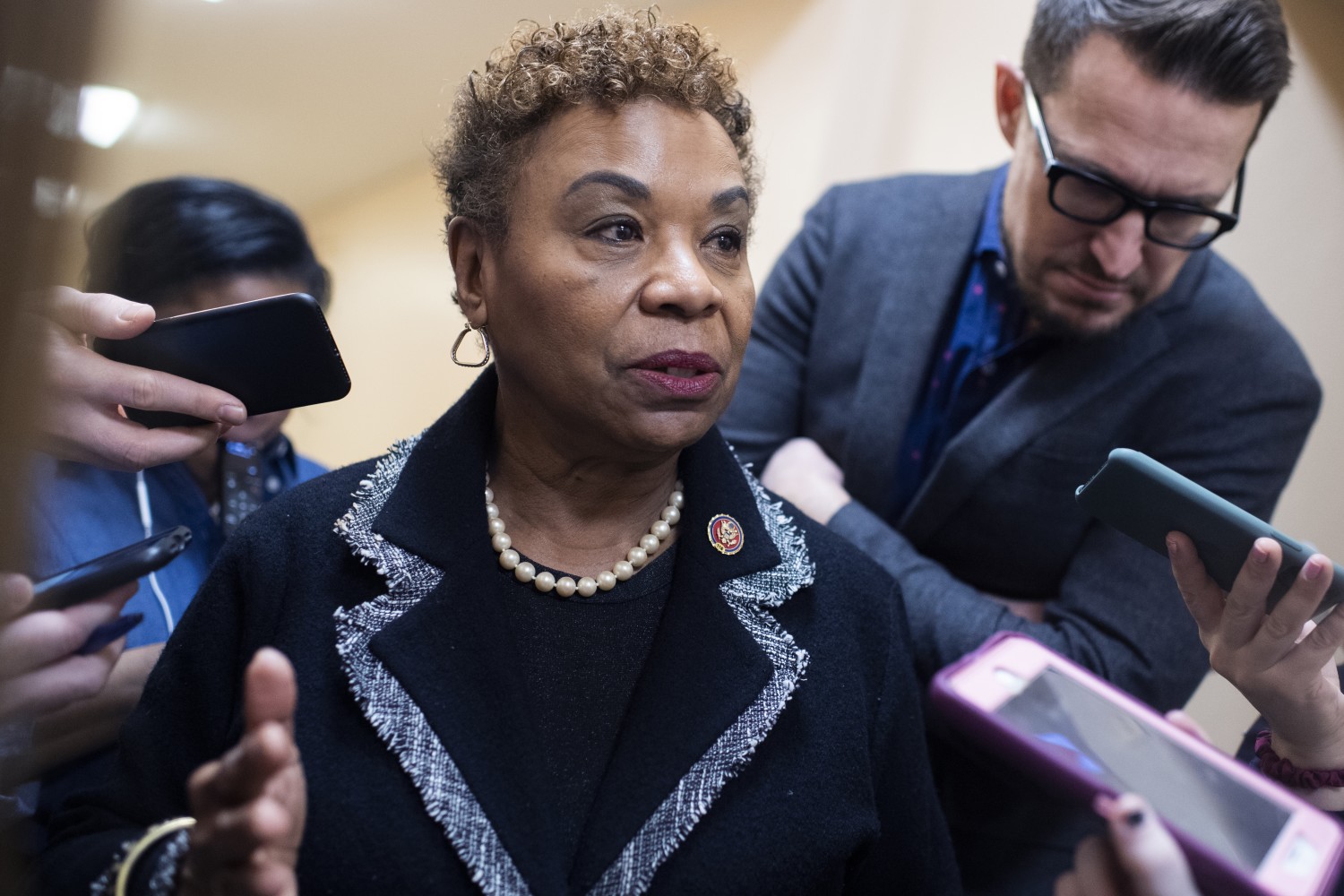 Twenty years ago, Rep. Barbara Lee stood before her House colleagues and pleaded with them not to give President Bush a blank check to wage war against the remote, lawless nation accused of harboring the Sept. 11 terrorists.

“Let’s just pause, just for a minute, and think through the implications of our actions today, so that this does not spiral out of control,” she said to them days after the attacks.

With the stunning fall of Kabul to the Taliban this week, the Oakland lawmaker has been heralded as an ignored oracle, the only member of Congress to foresee an endless war in Afghanistan that would leave thousands of Americans and Afghans dead.

Lee didn’t know in September 2001 that she would be the only no vote on the Authorization for the Use of Military Force that the House approved, 420 to 1, after the attacks that felled the twin towers of the World Trade Center, left the Pentagon billowing in smoke and downed a passenger airplane in Pennsylvania.

She didn’t expect that vote to be a career-defining moment, widely praised as an act of political courage.

Nor did she anticipate the death threats and vilification that followed for several years.

But through it all — the ups and downs of the costly war, the overshadowing of Afghanistan by the subsequent Iraq war, the killing of Osama bin Laden and ultimately the growing acceptance by her colleagues that the battle against the Taliban could never be won — Lee said she never wavered on one thing: the conviction that she was on the right side of history.

“No way,” she said in an interview when asked if she ever had second thoughts. “I did a lot of thinking about that. I talked to constitutional lawyers about that. I’m a person of faith. I prayed over that. And we’re humans, because we all make mistakes. So that’s the calculated risk whenever you cast a vote that may or may not be the sentiment of the majority. But no.”

And Lee didn’t stop with that single vote of disapproval. For two decades she has continued to fight against the war, lobbying members to repeal the military authorization, pestering each new president to wind down the fighting and becoming an antiwar crusader to bring U.S. troops home, and for Congress to reassert its constitutional authority to declare war.

Lee said she often wonders what would have happened if her colleagues had taken a few extra days to debate the 2001 resolution, which gave the president power to use all “necessary and appropriate force” against anyone involved in any way with the Sept. 11 terrorist attacks.

She’s long stressed that she was never opposed to any military intervention in Afghanistan. Her concern was giving a president such broad, unending power to take military action. And she wondered how Congress might have responded if give the option of diplomatic alternatives.

“But we don’t know,” she said. “We don’t because nothing else was on the table.”

Critics at the time dubbed Lee, the daughter of a veteran, a starry-eyed liberal, un-American, even a traitor. Hate mail and threats flowed in. She was assigned a Capitol Police detail.

Back home, voter support for Lee never wavered. Less than a month after the vote, a crowd of 3,000 cheered her name in downtown Oakland at a rally organized by actor Danny Glover and writer Alice Walker.

A year after that fateful vote, the nation’s attention was shifting to the brewing conflict with Iraq.

By 2003, Defense Secretary Donald Rumsfeld announced that “major combat” operations in Afghanistan had ended. Though fighting continued between the Taliban and the U.S.-backed interim Afghan government, terrorist attacks and the growing insurgency in Iraq became the new top U.S. military priorities.

Lee said she soon began to notice a shift in public opinion. Returning veterans and grass-roots activists demanded to know why Congress had provided such open-ended authority to the president. Some of those who once sent her hate mail told Lee they now thought she had been right.

“We had a long-term strategy — myself, several other members and outside organizations. And we just said, ‘We’re just going to keep at it,’” she said.

As the Bush administration failed to uncover the long-alleged weapons of mass destruction in Iraq, Congress members flocked to join the Out of Iraq Caucus in 2005, including some Republicans, starting with the now-deceased Rep. Walter Jones of North Carolina.

By 2010, Democrats had created the Out of Afghanistan Caucus. Democrats added to their party platform the withdrawal of troops from Afghanistan. Lee serves on the platform-writing committee.

After overseeing a surge in troops in 2009 and the killing of Bin Laden in 2011, President Obama set out a plan to leave Afghanistan in his second term.

An increasingly war-weary Congress was joining Lee’s calls for a reduction in troops, with an unusual alliance of antiwar liberals and fiscally conservative Republicans demanding an exit strategy for Afghanistan.

In the early days, Lee said the campaign was complicated by the turnover of congressional seats. Every two years she and supporters had to lobby a new crop of members on the issue.

As the years passed, she found more members coming into Congress already questioning why children of the first group of soldiers sent to Afghanistan were now serving tours of their own.

Only 13 Californians who voted on that original 2001 authorization still serve in Congress. About 25% of all House members who took that initial vote remain in office.

Despite growing support, Lee has been unable to overturn that initial, broad authorization that every president has since used to justify using military action somewhere in the world.

This summer the White House said Biden would be open to discussing changes to the authority, but made no explicit commitments.

Lee supports Biden’s decision to withdraw from Afghanistan, but was alarmed by the chaos that has unfolded this week at Kabul’s airport. She is scrambling to do what she can to help constituents get their families out.

“I was very sad, upset, angry and anxious about the evacuation,” Lee said. “In many ways I felt really sad, almost like after 9/11, to see all of this human tragedy take place in front of our eyes.”