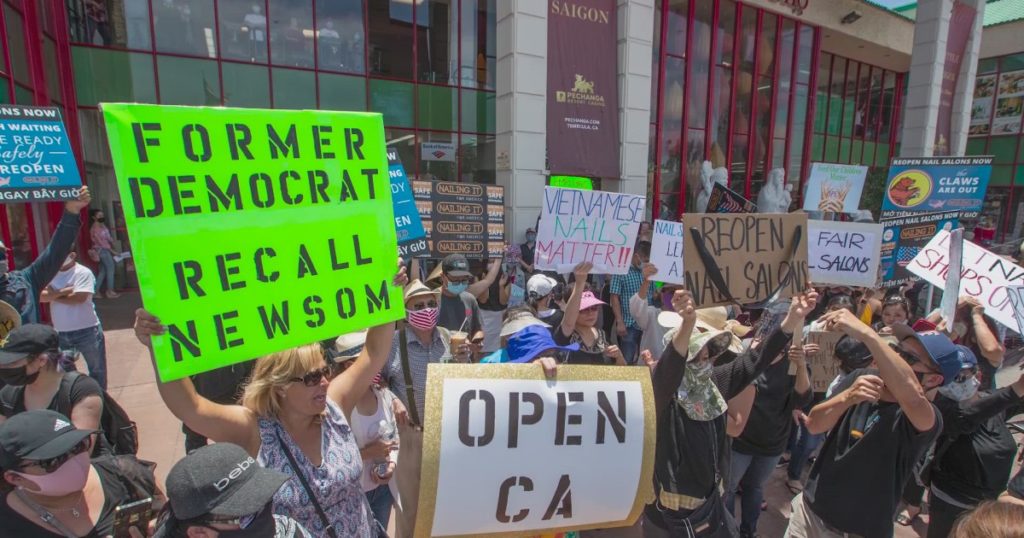 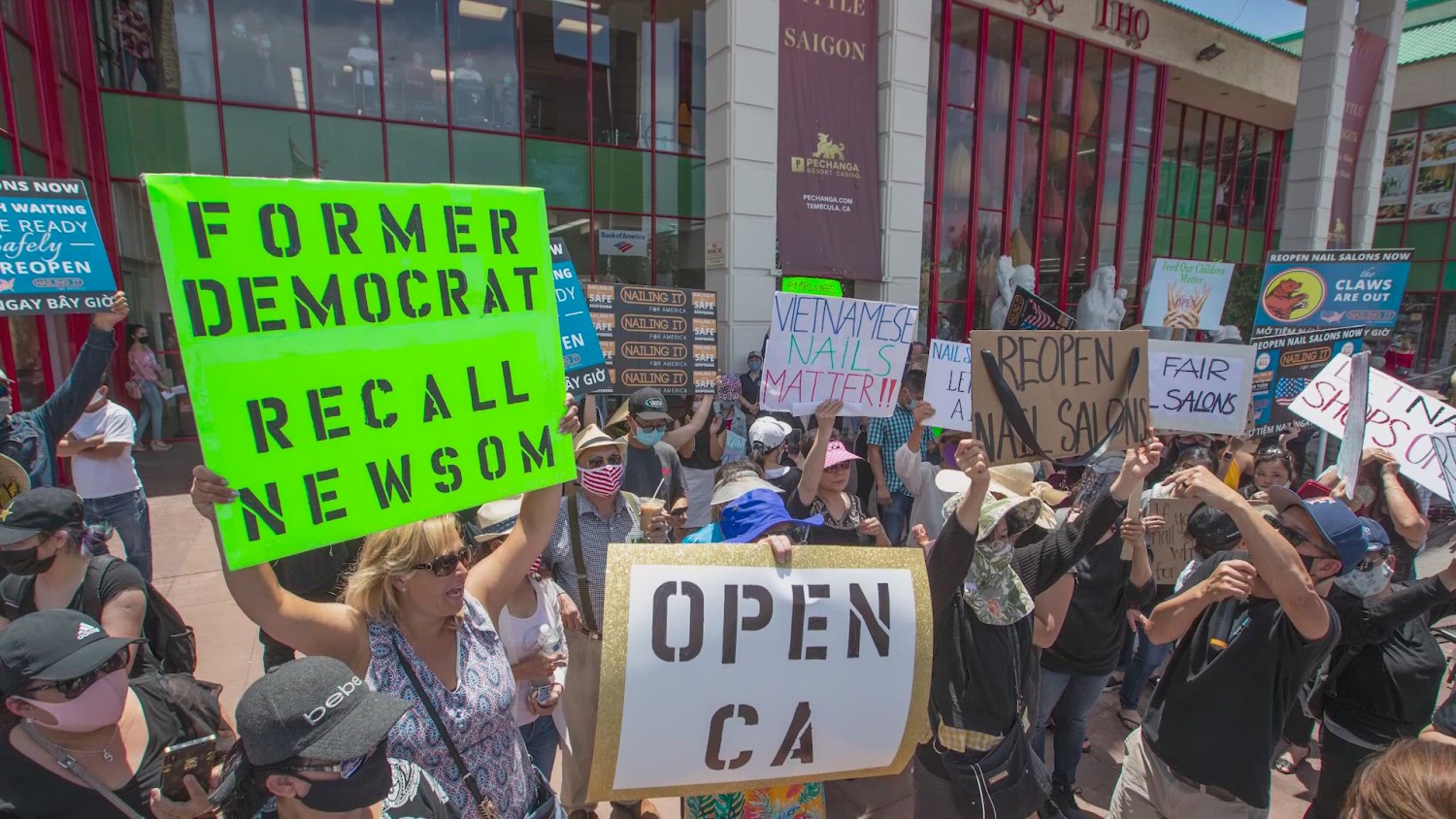 National Republicans donated a quarter-million dollars to the effort to recall Gov. Gavin Newsom, a notable injection of funds as the campaign enters the final month to gather enough valid signatures to put the matter on the ballot.

Backers of the recall say the cash infusion shows the growing confidence that the recall will qualify for the ballot and the increasing national attention being paid to the effort.

“It’s now on the national scene, as it well should be,” said Anne Dunsmore, campaign manager for Rescue California, one of the groups leading the effort. “Everybody should be on notice — they can’t run over their citizens with poor policy. I think it’s a very good sign. We welcome their activity.”

The Republican National Committee’s donation to the California Republican Party, first reported by Politico, will be used on digital and texting programs to send links to the recall petition to GOP voters.

The money was requested by California’s three RNC members.

“It’s common for the national party, which raises money from California Republicans all the time, to give back,” said Harmeet Dhillon, one of the members. “I think it’s been clear for weeks, I’m very confident we’re going to meet the numbers necessary. Every day that goes by, the governor is showing more and more his lack of competence in running the state.”

Newsom’s campaign spokesman Dan Newman cast the injection of RNC cash as an act of desperation from a “dying party in California” that has “not won anything statewide in 15 years.”

“It exposes what has been abundantly clear from the beginning, that this is a Republican recall, a partisan political ploy,” Newman said.

He added that state voters have other priorities, such as vaccinations and reopenings, rather than a special election that could cost as much as $100 million.

To make the ballot, recall proponents must submit 1.5 million verified signatures by mid-March.

The Secretary of State’s office reported in mid-January that about 720,000 signatures had been submitted to county elections offices, and about 410,000 of those had been validated. An updated signature tally is expected next week from state elections officials.

The effort got off to a sluggish start, but has seen momentum grow as voters tired of inconsistent pandemic policies and a slow roll-out of vaccinations.

If the measure qualifies, voters will be asked two questions in an election later this year: whether they support the recall of Newsom, and which candidate they want to replace him if the recall is successful.

Newsom has brushed off questions about the effort to oust him, but as polling has shown sharp declines in his job approval rating, the governor appears to be quietly shifting to campaign mode.

As he traversed the state this week promoting his administration’s work on vaccines, he was flanked by Democratic officials who lauded him. Reporters, who have had limited access to the governor during the pandemic, were allowed to attend two of this week’s events, in Santa Clara and Fresno.

Before this week, the governor has taken only limited questions from reporters over the phone at the end of his coronavirus briefings, held two in-person news conferences with various outlets at the state Capitol and occasionally relied on small pools of journalists to provide coverage at community events.

Newsom’s aides downplayed the timing of the decision to hold more in-person briefings as the recall effort picks up, instead saying they feel more confident about the safety of physically distanced live events compared to earlier in the pandemic.

“As case and hospitalization rates decline and vaccine administration increases statewide, it’s critical to educate Californians about the importance of getting vaccinated while continuing to encourage every resident to follow public health guidance,” said Sahar Robertson, a governor’s office spokeswoman.

“That’s been the goal of getting the message out across the state these last few weeks and in the coming months as we enter a new phase of the pandemic and prepare for the federal government to increase supply.”