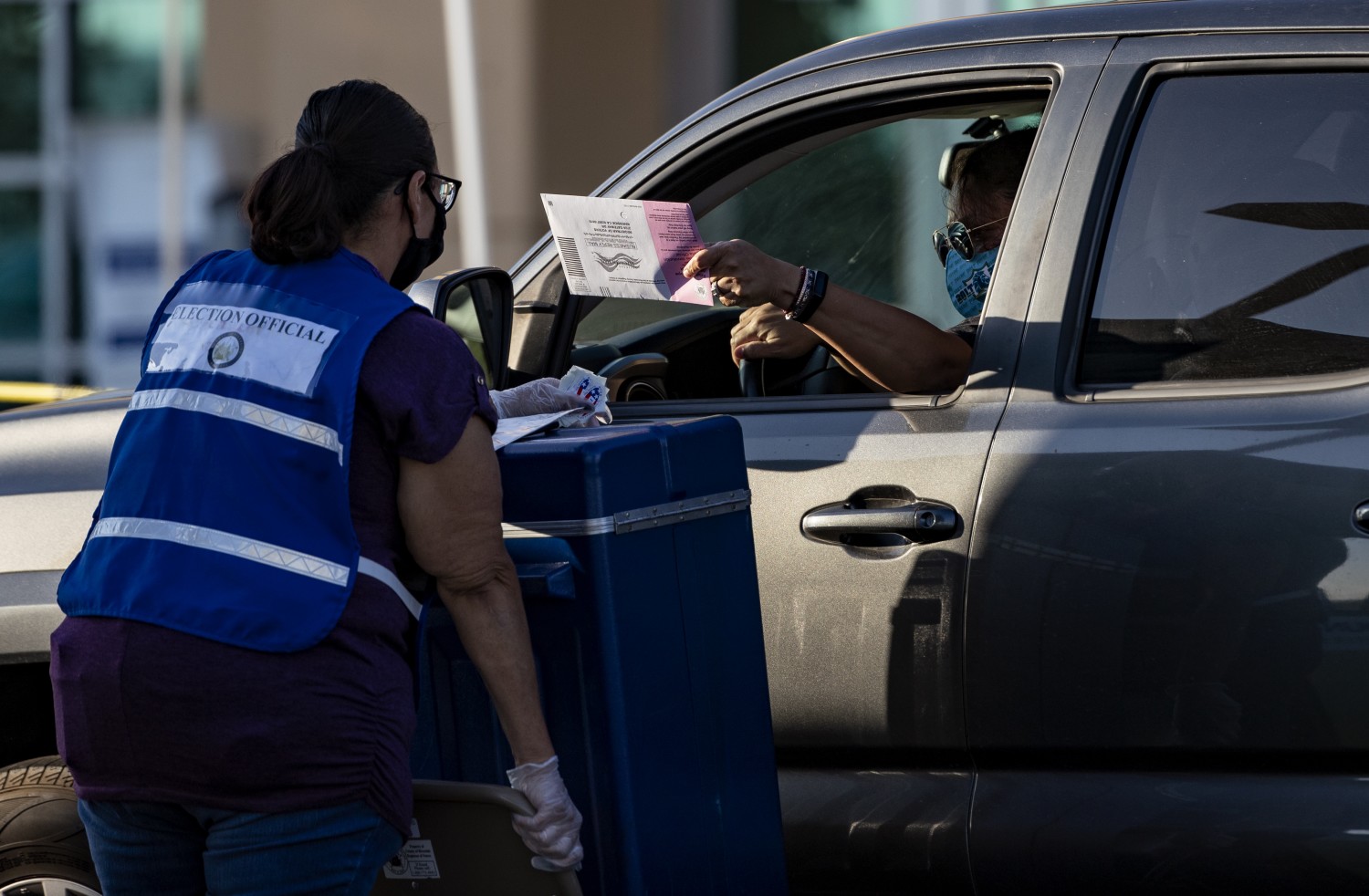 Shortly before Thanksgiving, Riverside County’s registrar of voters received a post-election surprise: The local district attorney had custody of 91 ballots for weeks, and their review wouldn’t wrap up before certification of the Nov. 3 results.

“It was very concerning,” said Registrar of Voters Rebecca Spencer. “That was the first I had heard about all of this.”

The ballots are still being held by Dist. Atty. Michael Hestrin more than three months later, the impasse only the latest in a series of bitter feuds between the two Riverside agencies over the past four years. Spencer, whose work in responding to Hestrin’s inquiries has largely been supported by the Riverside County counsel’s office, recently hired her own lawyer due to what she said were her concerns with Hestrin and other high-ranking Republicans.

“I feel that there are partisan politics, partisan agendas, that are trying to be pushed onto the registrar of voters’ office,” said Spencer, who is registered with no party preference.

Hestrin, a Republican who was elected district attorney in 2014, referred questions from The Times to his investigators who said all of their efforts begin with public complaints. The district attorney lashed out at Spencer in a Feb. 5 letter to county officials for using “inflammatory rhetoric” and making “baseless allegations” about his office’s work.

“It is indefensible that [Spencer] would claim that citizen complaints of her policies or practices are a per se partisan attack, or that our lawful efforts to inquire into them constitute an overreach,” Hestrin wrote.

The latest conflict began when members of the East Valley Republican Women Federated, a GOP group that conducted a Riverside County ballot collection effort during the fall campaign season, gave 91 ballots on election day to an investigator who works for Hestrin.

Joy Miedecke, the group’s president, said some local voters said the ballots were duplicates that they had wrongly received in the mail. She said she didn’t consider notifying the registrar of voters.

“For us, the best thing to do was to give them to the district attorney’s office,” Miedecke said, calling Hestrin “somebody that we trusted.”

Spencer said she’s not sure all of the ballots are duplicates. Her office hasn’t been allowed to inspect the original ballots, only copies. Of those reviewed by elections officials, she said five appear to have been sent to voters who did not participate in the Nov. 3 election — a discovery Spencer said requires additional review to ensure those county residents weren’t denied the right to vote. A spokesman for Hestrin disputes any problems for those voters, saying Wednesday that investigators contacted them and confirmed they cast different ballots that were mailed to them.

One of the ballots, Spencer said, appears to have been filled out, but a second ballot — under a different spelling of the voter’s last name — was counted. Because the county uses a bar code system to track ballots mailed, she said, only one vote would have been counted had both of them been returned to her office.

Joe DelGiudice, the district attorney’s chief of investigations, said earlier this month that there’s been no evidence of voter fraud.

“We’re not seeing any smoking guns,” he said.

Spencer has taken several of her complaints about the district attorney’s office to the Riverside County Board of Supervisors. Emails and letters reviewed by The Times show a variety of disputes over the past two years regarding elections operations. Hestrin, along with other county officials and Rep. Ken Calvert (R-Riverside), have sent long lists of questions about how the registrar views California’s ballot collection law, which allows anyone to deliver multiple ballots and has been often criticized by Republicans for allowing what they call “ballot harvesting.”

In one instance in 2019, Hestrin asked Spencer for copies of the envelopes for all absentee ballots cast over the previous seven years. Riverside County’s counsel told Hestrin that state law requires the voter-signed documents be kept confidential.

In another dustup over ballot collection efforts — which Hestrin, in letters reviewed by The Times, thought needed more oversight by the registrar — Spencer said the district attorney’s office suggested she should take extraordinary steps to learn the identity of those who deliver voter ballots, including suggesting last January that staff members could follow the people into the parking lot to write down their license plate numbers.

In May, Spencer said, she was instructed by a high-ranking county official to remove a pair of permanent ballot drop boxes outside county election offices due to security risks. She refused, insisting the boxes were no less safe than a mailbox and that doing so would unfairly limit the voting options for county residents.

“That very much crossed the line for me,” she said.

Representatives for the district attorney’s office said that while they have responded to a variety of election-related complaints over the past six years, very few cases were prosecuted because they believe the problems stemmed from the operations of the registrar of voters’ office.

As for the 91 ballots that have been withheld for more than three months, DelGiudice said investigators saw no urgent need to examine them during the period when legitimate ballots were being counted.

“There was nothing related to this investigation that was time-sensitive,” he said.

Spencer, who was an elections staffer for 15 years before being appointed registrar in 2014, said she has yet to hear a clear reason why the ballots remain in the custody of Hestrin’s investigators, who told The Times their review of the documents isn’t complete.

“I have not found any signs of fraud or any [voting] irregularities that don’t have valid explanations behind them,” she said.