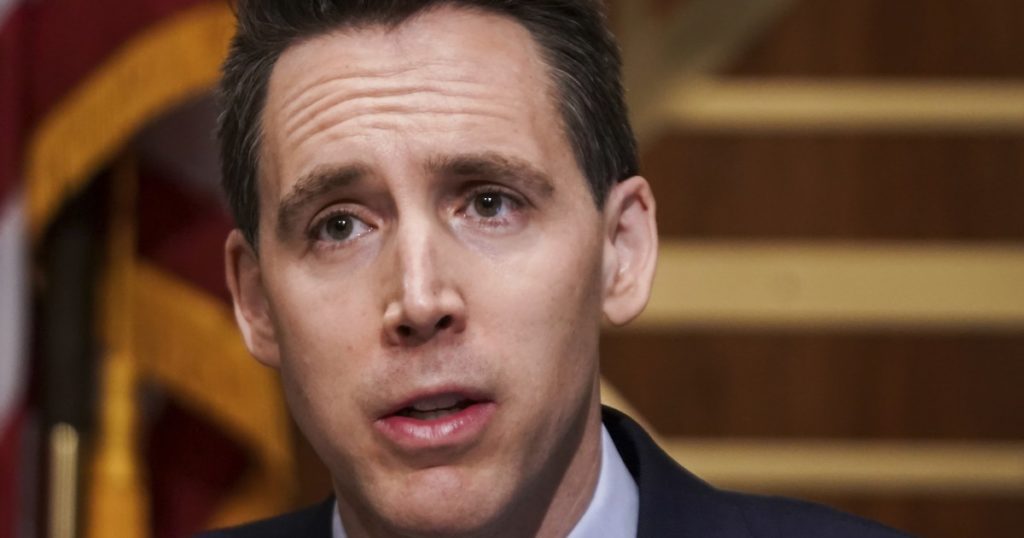 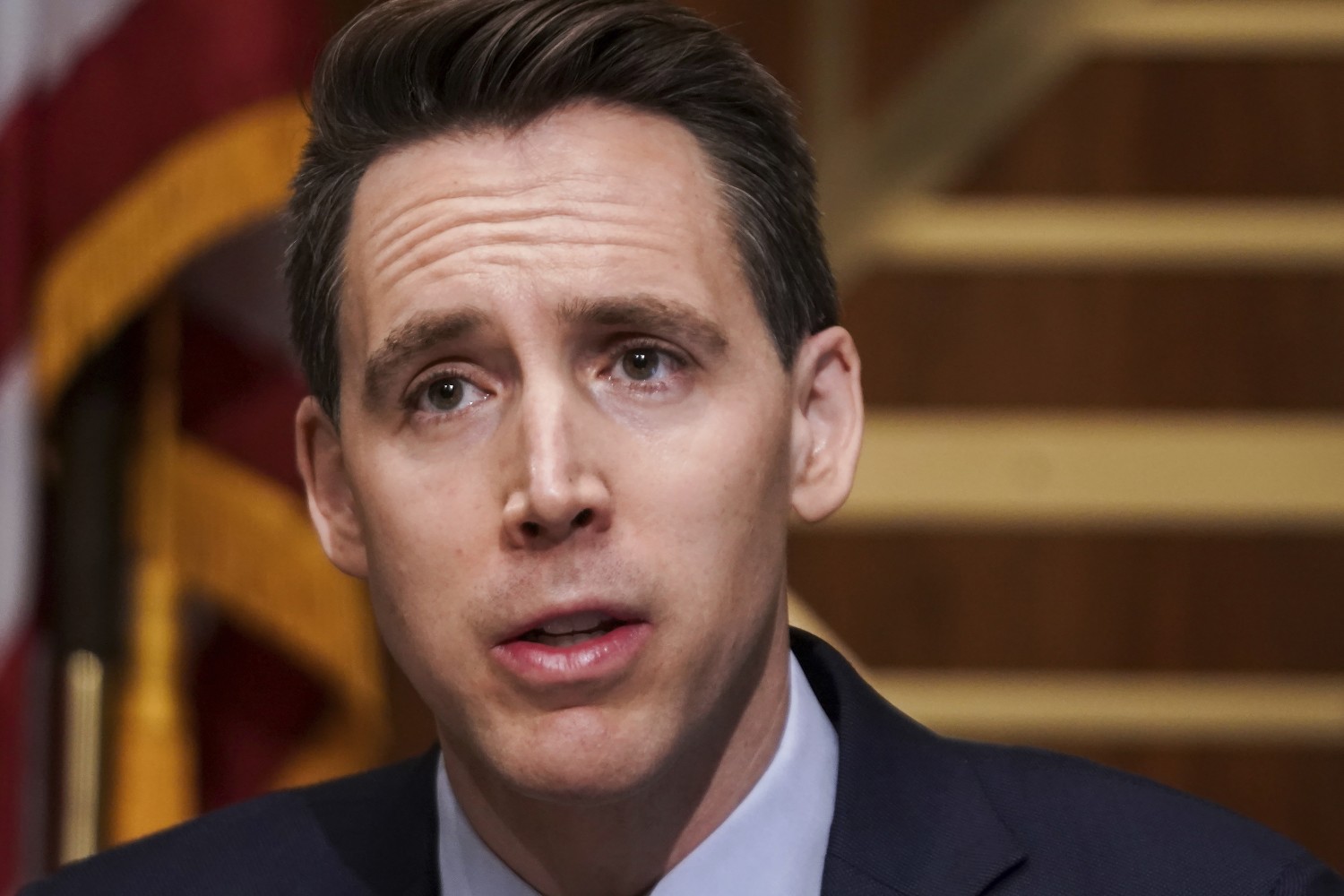 A slow-simmering conflict among Republicans has burst into open hostilities at a perilous time for the party, as it seeks unity heading into Tuesday’s crucial Senate election in Georgia and prepares to confront a new Democratic president.

As President Trump has refused to admit defeat in the November presidential election, his resistance to moving offstage has driven a wedge between his staunchest loyalists and many Republican party leaders.

The tensions are growing in the aftermath of legislative battles that pitted much of the GOP against Trump on key policies, last week producing the first veto override of his presidency, on a defense bill, and a blunt rejection of his 11th-hour demand for increased COVID-19 relief payments.

The through-line on those battles leads to the question of how Trump-dominated the Republican Party will remain after he leaves the White House. Two momentous political events this week — Georgia’s special election for its two Senate seats and Wednesday’s debate in Congress over ratifying President-elect Joe Biden’s electoral college victory — will be early tests of the strengths of the opposing GOP factions and will help define the party’s future path.

If the Democrats win the Senate seats, which started out as Republicans’ to lose, Trump will surely get much of the blame for sowing division within the party, in part with his extraordinary call over the weekend pressuring Georgia’s secretary of State, a Republican, to overthrow Biden’s win in the state. Democratic victories in Tuesday’s election would produce a 50-50 Senate, making Vice President-elect Kamala Harris the tiebreaker and giving Democrats control of both houses of Congress and the White House.

“If Republicans narrowly lose the GA Senate run-off elections to give Democrats unified control of the federal government, it will be the greatest self-own in politics in modern history,” Michael McDonald, a nonpartisan election expert at the University of Florida, said on Twitter.

Conversely, if Georgia’s incumbent Republican Sens. David Perdue and Kelly Loeffler win, after going to extraordinary lengths to stay in the president’s good graces, it will likely strengthen Trump’s hand as a continuing force to be reckoned with in the party.

The battle between Trump and the party establishment raged intensely during his first campaign, went mostly underground during his presidency and has once again burst to the surface.

The president’s allies believe the establishment is clinging to an outdated view of a Republican electorate that has been transformed by Trump to include more blue-collar workers.

“Are there tensions? Yeah. But Trump has realigned the Republican party,” said Ken Blackwell, a conservative activist and Trump supporter in Ohio. “If the party wants to remain the majority party, they have to accept that the party is realigned. These are growing pains.”

But many other Republicans, including some who have largely supported the president, say he risks tarnishing his legacy with extreme measures to overturn an election result that has been certified by a bipartisan array of state and local officials, after courts all the way to the conservative-dominated Supreme Court rejected dozens of Trump’s lawsuits alleging fraud and other irregularities.

The recording of Trump demanding that Georgia’s secretary of State “find” additional votes to overturn Biden’s victory was the most blunt measure to become public.

“The tape was a real threshold, and Trump crossed it,” said Scott Reed, a GOP strategist. “It moved a lot of people into the ‘Enough!’ category. They just had enough.”

Key members of the political establishment rallied against the electoral challenge Monday. The Business Roundtable, which represents major U.S. corporations, issued a statement saying that “the peaceful transition of power is a hallmark of our democracy and should proceed unimpeded” and that efforts to impede the transition “threaten the economic recovery.” The Republican-friendly U.S. Chamber of Commerce and the National Assn. of Manufacturers issued similar pronouncements.

While the current fight focuses on loyalty to Trump, it has deeper roots, going back at least to the populist anti-establishment forces of the Tea Party movement, which formed in opposition to the Obama presidency, then turned its energy to making the GOP into a more conservative, confrontational party.

“The divisions we’re seeing now reflect those in the period of 2010 to 2016 between Tea Party conservatives and governing conservatives,” said Republican pollster Whit Ayres. “Donald Trump tapped into the populist elements of the Tea Party movement and expanded and exacerbated the division.”

It’s a split that has been hard for any Republican leader to straddle, Ayres said, because the populist wing doesn’t necessarily want a specific policy agenda so much as it wants a party that visibly fights perceived enemies.

That’s what they got with the pugnacious Trump, who has commanded more loyalty than the party: An October Wall Street Journal/NBC News poll found that among Republican voters, 54% considered themselves to be more a supporter of Trump than of the GOP; just 38% said they were supporters of the party more than of Trump.

“The Republican electorate is not what the establishment thought it was,” said John J. Pitney, a former Republican Party official who is a professor of politics at Claremont McKenna College.

Trump in some ways is an unlikely heir to the Tea Party, because he did not embrace the fiscal conservatism that was the movement’s original animating issue. But he built on its belief that the GOP establishment was complacent.

“We don’t love all his policies, but he’s been willing to go to war for what he believes in,” said Mark Meckler, a co-founder of Tea Party Patriots. “Candidates who are starting to jockey for 2024 — it’s going to take someone who has some serious fight in them to win in 2024.”

That’s why many observers read 2024 politics into the spectacle of Sen. Josh Hawley of Missouri, a potential presidential candidate, last week becoming the first Republican senator to announce that he would challenge the certification of the electoral college vote. Hawley openly defied a plea from Senate Majority Leader Mitch McConnell (R-Ky.) to refrain from a challenge, which would delay but not prevent certification of Biden’s victory.

McConnell, who spent much of the last decade trying to tame the Tea Party, wanted to avoid the roll-call vote on Trump’s electoral fate that Hawley’s challenge would require. The vote — or multiple ones, if Republicans challenge more than one state’s slate of electors — will force Republicans to vote up or down on Trump’s false claims of election fraud.

That will be especially difficult for Republican senators facing tough reelection fights in 2022, forcing them to anger significant numbers of voters whichever way they go. It will amount to a referendum on one of the most controversial tenets of Trumpism: his willingness to break democratic norms and disrespect national political institutions in order to maintain power.

The prospect has split leading conservatives. Hawley got support from Sen. Ted Cruz of Texas, a conservative with Tea Party roots who is also considering a 2024 bid. But another possible presidential contender, Sen. Tom Cotton of Arkansas, criticized the effort.

Other opponents include a veritable reunion of Reagan Republicans, including former Vice President Dick Cheney and his daughter Liz, a member of Congress from Wyoming and of the House GOP leadership; former House Speaker Paul Ryan of Wisconsin; and former Sen. John Danforth of Missouri, a longtime home-state booster of Hawley.

The challenges are “directly at odds with the Constitution’s clear text and our core beliefs as Republicans,” Liz Cheney wrote in a lengthy memo to fellow Republicans in the House, arguing that for Congress to second-guess state decisions on electors would be a power grab at states’ expense.

“Democrats have long attempted, unconstitutionally, to federalize every element of our nation — including elections,” she wrote. “Republicans should not embrace Democrats’ unconstitutional position on these issues.”

On Monday, in the aftermath of Trump’s call to Georgia Secretary of State Brad Raffensperger, the list of Republican senators refusing to join the challenge to the electoral college grew, joined by Sens. Shelley Moore Capito of West Virginia and Kevin Cramer of North Dakota. Capito, fresh off a reelection victory in a state where Trump is wildly popular, said in a statement, “The 2020 presidential election is over. Our country should unite.”

Whatever happens in Georgia and in Congress, Trump is on track to keep one important part of the Republican Party machinery in his corner. The Republican National Committee is slated later this week to reelect his ally, Ronna McDaniel, as party chair — defying the longstanding tradition of a party shaking up its leadership after a presidential loss.

Still, Trump’s postelection campaign against members of his own party could undercut his efforts to continue to lead it.

“If he had played this right and talked about his legacy and the good of the country, he could have been in a stronger position to lead the party post-White House or run again and win,” said a Republican official who asked not to be named. “But his exaggerated tales of election fraud are a bridge too far for many Republicans.”