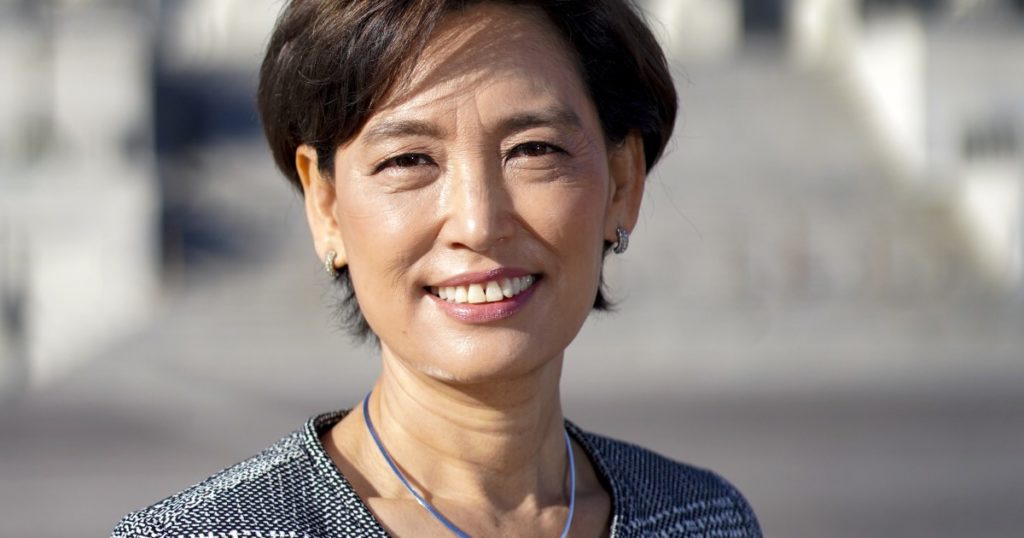 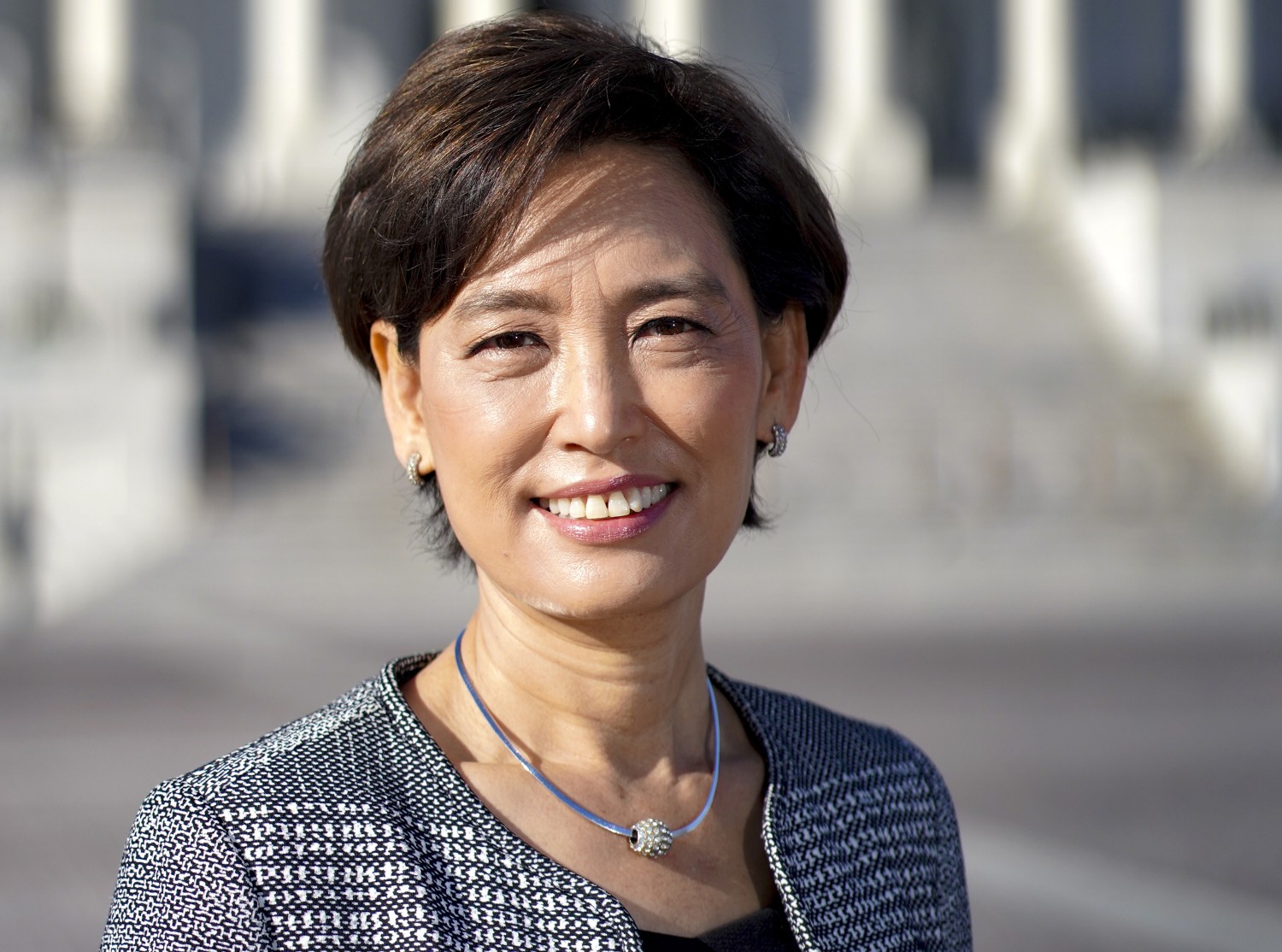 Kim, who was born in South Korea, worked with allies to register Asian American voters. Phone-banking and postcard-writing drives were set up in English, Korean and Chinese. Korean-speaking volunteers were dispatched to the doors of Korean American voters, while ads went up in ethnic media and on radio.

Kim was one of four Republicans who won congressional races in California this year, delivering the largest GOP gains in the party’s congressional ranks in 40 years. It was the result of aggressively targeting Asian American voters in two of the districts, knocking on doors during the pandemic when Democrats would not, and talking a sizeable fraction of Joe Biden voters into supporting a Republican for Congress.

Republicans showed “we were the ones that were wanting to get something done and work across the aisle,” said Republican David Valadao, a former congressman who recaptured a Central Valley seat from Democratic Rep. T.J. Cox.

All of the GOP gains came in districts that Biden won: the 39th and 48th congressional districts in Orange County, the 25th in Ventura and Los Angeles counties and the 21st in the Central Valley. Millions of dollars poured into each race, placing several of them in the ranks of the most expensive House races in the country.

Democrats were counting on widespread fervor against President Trump — which led them to huge 2018 victories — as a means of maintaining their new turf this year. But the reality was that Trump drove record turnout on both sides.

While some of those Republican- and independent-leaning voters cast ballots for Biden, that support didn’t completely translate down-ballot to his fellow Democrats running for Congress. In three of the four districts (the 21st, 25th and 39th), Biden led Trump by 10 percentage points, yet the House Republican candidate won by about 1 percentage point, representing a significant falloff. In the 48th, the most conservative of the four, the figures were much closer.

Each of the four seats flipped to Democratic control in 2018 amid a wave election that was largely a repudiation of Trump. Only time will tell whether Republicans can maintain their support in the districts or whether the areas are up for grabs every two years.

“Historically, these four have been Republican seats,” said Darry Sragow, a longtime Democratic political strategist and publisher of the California Target Book, who said the GOP gains are not the sign of a comeback for the party. “The fact that they’re back in Republican hands should under no circumstances be viewed as an unexpected and shocking development.”

Republicans recruited candidates who resonated with voters, Democrats acknowledge. Kim, along with Michelle Steel in the 48th district, will be among the first Korean American women elected to Congress. They will both represent districts with sizable Asian American populations. Valadao, the former member of Congress, retained strong name recognition in the Central Valley. And Mike Garcia is a Latino former Navy fighter pilot. “I would be hard pressed to find a candidate who tests better with voters,” Sragow said of Garcia.

While each race was slightly different, Republicans positioned themselves as the answer to a gridlocked Washington. They accused Democrats of trying to defund the police and of supporting socialism — messages that Democrats reject as false but which appear to have resonated with Asian American voters in the 39th and 48th districts, with the expansive Latino population in the 21st district and with voters who had law enforcement or military backgrounds in the 25th. Meanwhile, Republicans tiptoed around their support for Trump, saying they didn’t always agree with him, and then redirected the focus to local issues.

“I think people were just annoyed at government in general,” Smith said, recalling that she predicted in the spring that pandemic fatigue would “absolutely show at the ballot box and I think that we saw that. It was a challenge for sure.”

It proved effective. In the portions of the district that have a strong Vietnamese population, Steel logged a 14-percentage-point gain over the election showing in 2018 of former Rep. Dana Rohrabacher, the Republican who lost the seat.

“Vietnamese Americans, they are very patriotic but until now, not that many candidates really reached out to them,” Steel said. “They see me as a first-generation, same as them, that I came here for freedom and I want to represent them and I understand first-generation immigrants. I think they really liked that.”

Rep. Harley Rouda, whom Steel defeated, identified the narratives of socialism and defunding police as particularly harmful to Democrats like himself in swing districts. The party should have done more to push back on the claims of socialism “because it is simply not true,” Rouda said. Vietnamese American voters are “very vehemently anti-communism, anti-socialism and that certainly played a factor.”

Democrats acknowledge that they misread the electorate, and assumed it would more closely resemble the Democratic-leaning voters of 2018 than the Trump supporters of 2016. Nationally, Democrats were spending millions of dollars in races that were far out of reach, such as in Alaska and Montana, instead of fortifying their incumbents in toss-up territories like the competitive California races.

Democrats say some of the blame for their losses rests on their refusal to knock on doors because of the COVID-19 pandemic, citing public health guidance that called for social distancing.

Cox, who lost the Central Valley seat by about 1,500 votes, compared it to trying to campaign with one arm tied behind his back. His campaign did minimal door-knocking at the end of the race.

“It was very strongly discouraged by both California Democratic Party, and by the national party,” said Cox. “In hindsight, in the race as close as ours and in 25 and 39 and 48, I think that it could have made the difference.”

The closest contest was in the 25th, where only 333 votes separated Smith and Garcia. No incumbent House Republican in the country was defeated in 2020, but Smith came the closest to knocking out Garcia, who was elected in a special election in May to replace Rep. Katie Hill, who resigned her seat.

While redistricting next year is likely to reshape some of the districts, many of the 2020 rivals are poised for rematches in 2022. Smith has filed paperwork to run for both a rematch with Garcia and her old Assembly seat and must decide between the two.