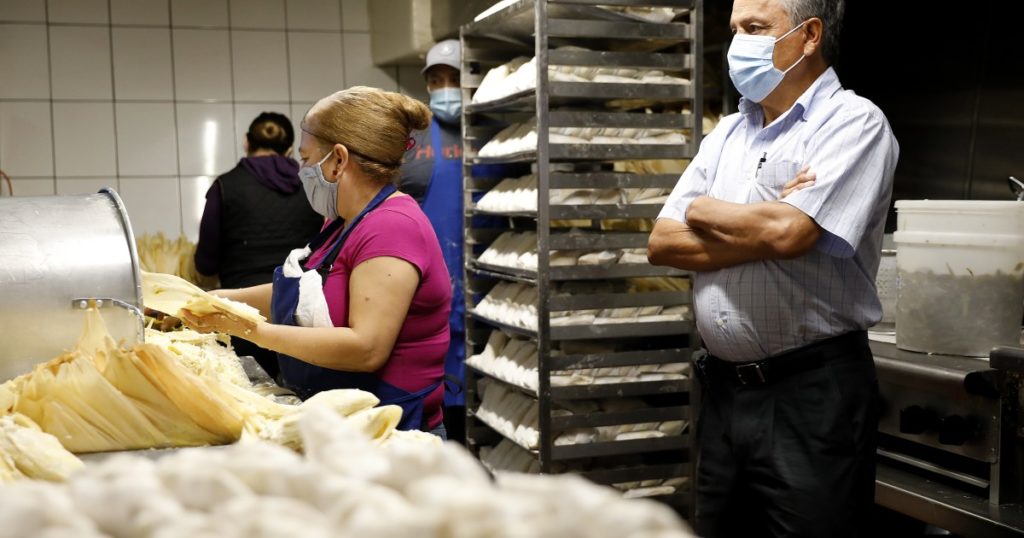 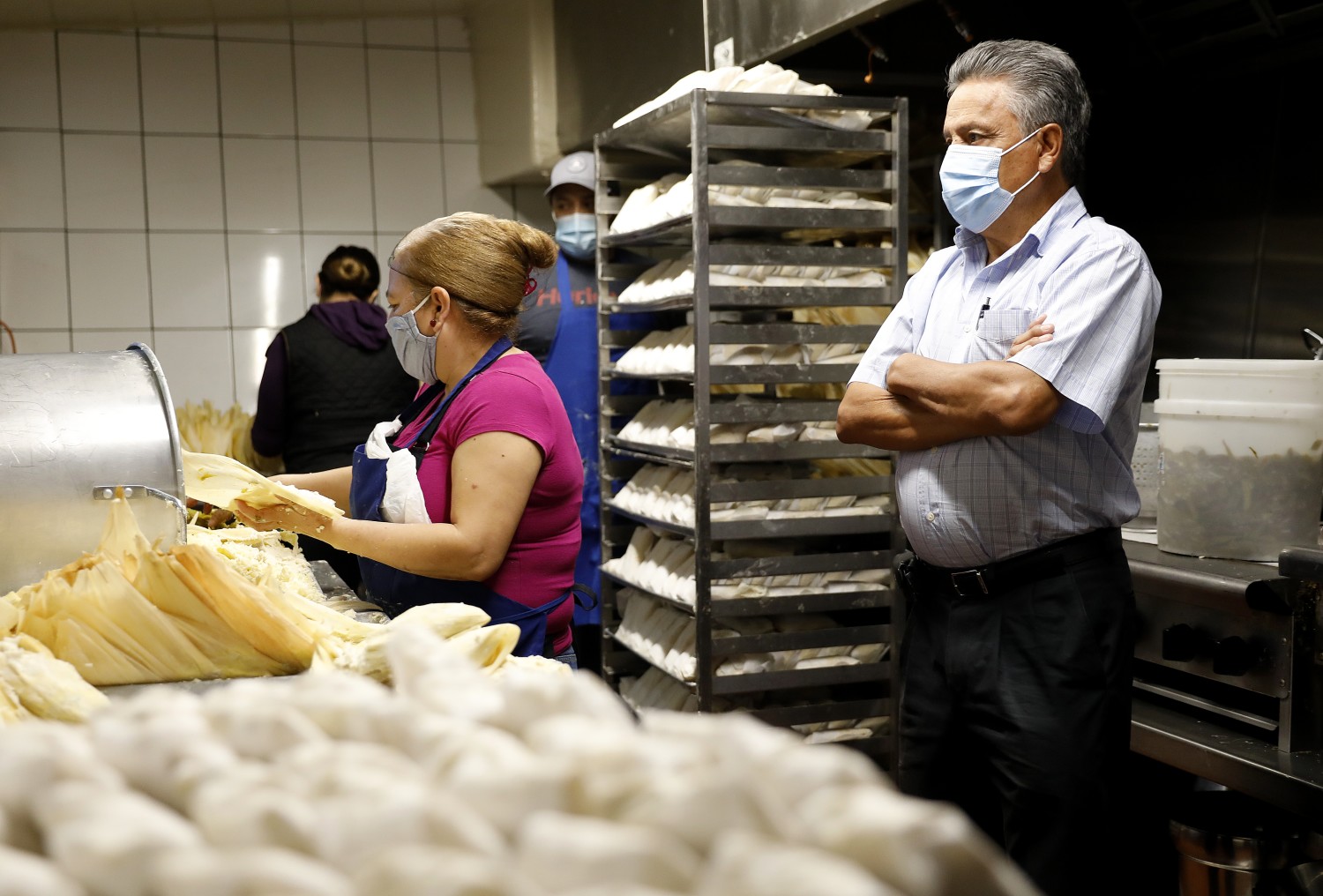 Republicans have pushed legislation for months to keep businesses from being sued if customers or employees contract the virus. But advocates are alarmed that language proposed by Senate Republican leaders is being weighed as part of the next economic aid deal that would prevent the nation’s workplace safety overseers — the U.S. Occupational Safety and Health Administration, or similar state-level agencies — from enforcing certain COVID-related safety regulations.

The desire by Senate Republican to hold private businesses immune from COVID lawsuits has been among the major sticking points preventing Congress from passing another COVID aid package.

Congress has just a few days left to pass another package before certain benefits expire at the end of the year, including expanded unemployment insurance that has been a lifeline for millions of Americans whose employers closed because of the virus. These protections were part of the CARES Act.

Most of the focus has been on protecting businesses from potential lawsuits. But advocates on Monday emphasized concerns about how proposed language could upend OSHA’s ability to enforce COVID-19 workplace safety standards by allowing employers to only make attempts to “generally” comply with regulations as opposed to actually following them.

For example, the current proposal could undermine a 2009 California law that protects healthcare workers against airborne illnesses such as COVID-19 as well as a newly enacted emergency rule overseeing the state’s essential workers that went into effect Nov. 30, said Debbie Berkowitz, director of the National Employment Law Project’s worker safety and health program.

The new statewide rule outlines specific steps employers are required to take to mitigate the spread of the virus at workplaces, such as providing no-cost testing to workers and quickly reporting positive cases to local health officials.

All COVID-19-related citations that have been issued to employers could also be revoked, undoing months of progress by federal and state inspectors, Berkowitz said.

Both the federal OSHA and California’s Division of Occupational Safety and Health — also known as Cal/OSHA — have been criticized for failing to act during the pandemic, issuing the bulk of COVID-19-related violations to employers in recent months. Federal OSHA has issued more than 200 citations to date while Cal/OSHA has doled out north of 60 citations since late August.

California’s new emergency rule was adopted specifically to address concerns from worker advocates that Cal/OSHA lacked the authority to cite employers for failing to take COVID-19 safeguards. The rule was finally passed after months of fierce opposition from business interests and a nine-hour public meeting Nov.19 where dozens of workers spoke about employers disregarding safety protocols and not notifying workers about positive cases.

Berkowitz said the proposal would amount to a “travesty” that would bar worker safety enforcement at the federal and state levels with fatal consequences — particularly for people of color who disproportionately hold essential jobs and have already been hard hit by the pandemic.

“What is stunning is they’re doing this now when we’re seeing the highest number of cases,” said Berkowitz, who served as a high-ranking OSHA official in the Obama administration from 2009 to 2015. “It would send a signal to the industry and all employers that there are no consequences for failing to protect workers from COVID.”

The renewed push in Congress for the proposed language is viewed by the worker safety community as a last-ditch effort by congressional Republicans to appease business groups before a new Democratic administration is expected to take a harder stance on labor.

The language would protect corporations from enforcement and lawsuits related to a host of employment laws, including wage theft, notification of employees ahead of layoffs and discrimination.

“This will tie the hands of a Biden administration and make us all less safe,” said Berkowitz, adding that the Trump administration has pushed in its final weeks to enact a slate of last-minute labor policies — referred to as “midnight rules” — that favor businesses.

How long a business liability shield would last and who it would cover remains an issue in the negotiations, along with a dispute over how much money the federal government should give cities and states to prop up budgets ravaged by a drop in tax revenue because of stay-at-home orders.

The proposal released by a bipartisan group of senators and representatives Monday shows how far apart the sides remain on the two issues, with the liability shield and $160 billion in state and local aid being pulled into a second bill that only one Democrat, Sen. Joe Manchin III of West Virginia, signed on to.

The main $748-billion package includes the aspects that Congress has generally agreed upon since March; extending federal unemployment benefits at $300 a week for 16 weeks and a second round of Paycheck Protection Program loans for small businesses, as well as food assistance and money to help schools reopen and to distribute vaccines. Neither bill includes a direct cash payout similar to the $1,200 per adult in the CARES Act.

“Now it’s up to leadership to take it and make this happen on a timely basis,” Manchin said.

After months of insisting that the two provisions had to be in the next package, in recent days both sides have signaled that the only way forward before existing benefits expire might be to leave the sticking points for the next battle.

On Monday, U.S. Chamber of Commerce Executive Vice President Neil Bradley said in a statement that although his organization supports the liability shield, “partial agreement is better than no agreement, and it is imperative that Congress advance aid for small businesses and nonprofits, extension of unemployment programs, funding for schools and day-care centers, and resources to support vaccinations before the end of the year.”