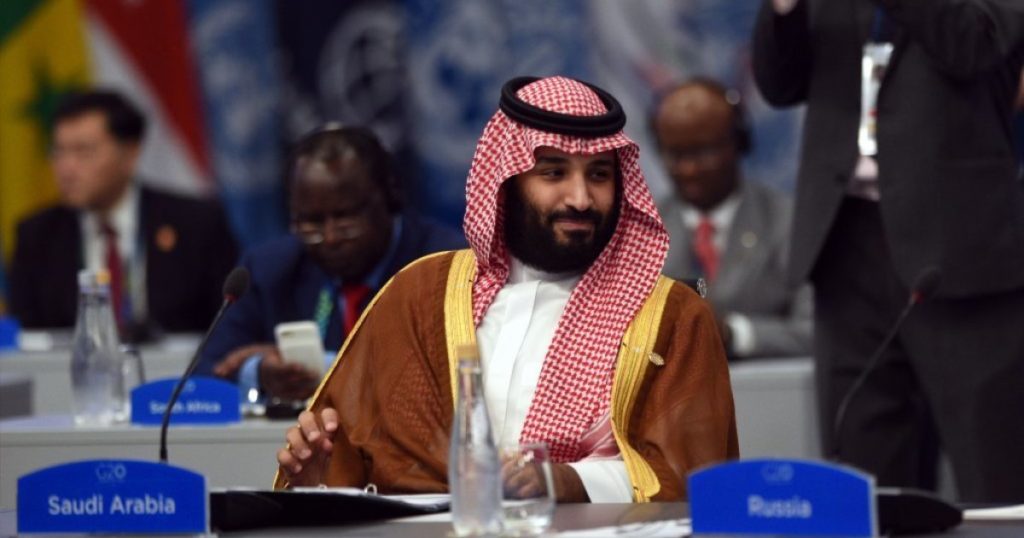 A classified version of the report was completed shortly after Khashoggi was lured into a Saudi consulate in Turkey and killed by a team of assassins on Oct. 2, 2018. But the Trump administration bottled up the findings, reflecting the former president’s embrace of the up-and-coming crown prince as the presumptive heir to the kingdom’s throne even after Khashoggi’s brutal slaying.

The decision to release the report comes as President Biden moves to reshape the relationship between Washington and Riyadh in ways that will inevitably strain it. Biden also is slashing U.S. support for the Saudi bombing campaign in Yemen, which has caused devastating civilian casualties, and attempting to resuscitate the Iran nuclear agreement.

Khashoggi, who had been living in the United States and writing for the Washington Post’s opinion section, was last seen entering the Saudi consulate in Istanbul to obtain paperwork he needed to remarry. Once inside, he was killed and dismembered. His remains have never been recovered, and a United Nations report released in 2019 said the murder had been carefully planned.

Riyadh first falsely claimed that Khashoggi had left the consulate, but later admitted that he had been killed. However, the crown prince, commonly known by his initials MBS, never acknowledged ordering the assassination.

Biden said Wednesday that he had read the report, although he did not comment further. The president has not spoken to Saudi King Salman, the father of the crown prince, since taking office, and has pointedly declined to speak with the son, though MBS is widely seen as the kingdom’s de facto ruler.

During four years under Trump, the United States treated the Saudis with kid gloves. Trump fawned over the royal leaders; his relationship and that of his son-in-law Jared Kushner with MBS were especially friendly.

Trump ignored the outcry over Khashoggi’s murder to push through arms sales to Saudi Arabia in defiance of Congress. And, despite the findings of U.S. intelligence officials, he accepted the crown prince’s explanation that the killing of the journalist was a rogue operation in which he played no part.

Although Trump was especially eager to please the kingdom’s leaders, the diplomatic, economic and security ties between the U.S. and Saudi Arabia are deep and stretch back decades. A swift, dramatic change in the relationship is not likely, said Rajan Menon, a political scientist at City University of New York and Columbia University who specializes in war, peace and ethics.

“Any fundamental changes in relations that are so longstanding, so entrenched, and with deep support from both political parties, can’t be made suddenly,“ Menon said in an interview. “It’s like an oil tanker; you can’t just turn it around.”

Still, he said, both the disastrous war in Yemen and now the Khashoggi report present an “opportunity” to take stock of the relationship.

One of Biden’s first actions in office was to end American participation in offensive military operations in Yemen, where until now the United States was assisting Saudi Arabia and the United Arab Emirates in increasingly deadly airstrikes. He has suspended arms sales to both countries pending review.

Menon said a telling sign will be if the administration expands or lengthens the moratorium on weapon sales.

The U.S. joined the Saudi-led coalition fighting Iran-supported Houthi rebels in Yemen with the stated goals of reining in Tehran and launching counterterrorism measures against Al Qaeda offshoots active in the Arabian Peninsula. But the campaign unleashed the worst humanitarian crisis on the planet, with widespread death, destruction and hunger, while doing little to diminish Iran’s role and allowing jihadist militias to proliferate.

Ilan Goldenberg, a Middle East expert at the Center for a New American Security and a former State Department official, said “to some extent” the Biden administration is returning to a traditional diplomacy with Saudi Arabia after “four years of green lights for everything” for the Saudis under Trump.

“The view in D.C. is we are not going to walk away from Saudi Arabia, and if Saudi Arabia demonstrates a new seriousness and checks some of these bad habits and problematic behaviors that are against our interests, there will be a relationship,” Goldenberg said. “If it doesn’t, and it continues on the current track, then the U.S. is really going to step back.”

Goldenberg noted that while the Biden administration has already taken a pause, the Saudis, known to have an expensive and sophisticated army of lobbyists in Washington, are plotting how to “stay in the good graces” of the new U.S. government.