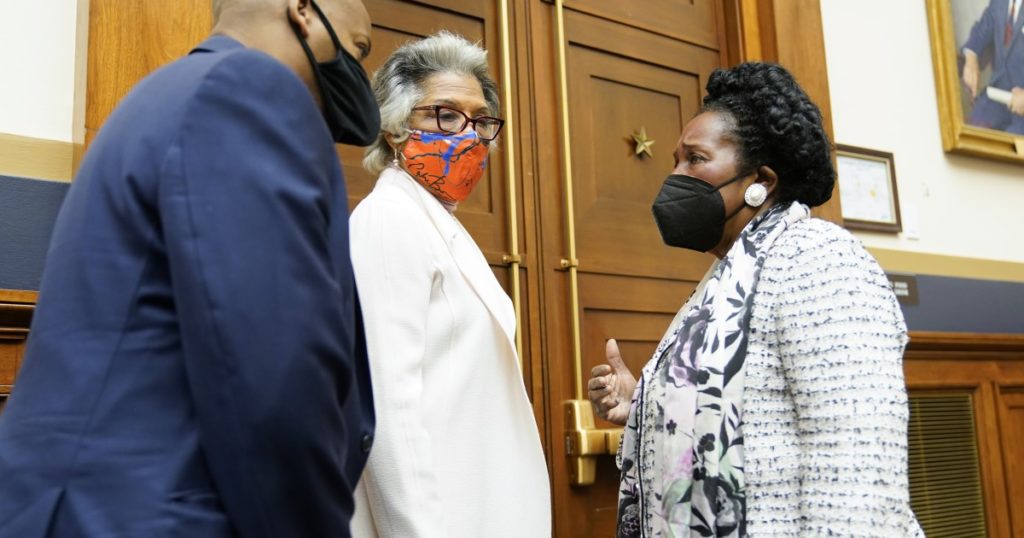 A House committee late Wednesday advanced legislation, first introduced in 1989, that would study the issue of awarding reparations to the descendants of American slaves.

The House Judiciary Committee voted along party lines to send a bill to the House floor for the first time to create a commission to study the legacy of American slavery, racist laws and how they affected formerly enslaved people and their descendants. The bill instructs the 13-person committee to consider a “national apology” and recommend any “appropriate remedies” to Congress.

In the vote, which came after 11 p.m. Eastern, 25 Democrats supported advancing the bill, and 17 Republicans opposed it.

“The goal of this historical commission and its investigations is to bring American society to the new reckoning with how our past affects the current conditions of African Americans and to make America a better place to help and truly study the disadvantage,” said Rep. Sheila Jackson Lee (D-Texas), who introduced the current version of the bill in January.

The renewed debate over reparations comes amid a national reckoning over racial injustice, as Americans watch the proceedings in a white former police officer’s trial in George Floyd’s death and learn details of the case of another young Black man shot and killed by an officer in the Minneapolis area. It also comes as Black Americans continue to struggle disproportionately amid the COVID-19 pandemic.

Jackson Lee has said the measure could help “confront the stark societal disparities occurring in the African American community today,” and during the bill’s markup hearing, she referenced a study that found reparations would help address the health inequities that have persisted throughout the pandemic.

Efforts to award sweeping reparations to former enslaved people and their descendants have largely been unsuccessful since the end of the Civil War.

In 1989, a measure that proposed creating a committee to study the topic was first introduced by the late Rep. John Conyers, a Democrat from Michigan and the longest-serving Black congressman. House Resolution 40, the number chosen by Conyers, refers to a broken government promise to provide 40 acres and a mule to freed slaves at the end of the Civil War.

Conyers’ bill had just 24 co-sponsors; Lee’s bill has more than 170. And both House Speaker Nancy Pelosi (D-San Francisco) and President Biden have expressed support for at least studying the issue.

On Tuesday, Biden met with members of the Congressional Black Caucus at the White House. Jackson Lee later told reporters: “He is committed to this concept. We are grateful for that.”

But the measure would need 10 Republican votes to pass the evenly divided Senate. No Republicans are co-sponsoring the House bill.

“Slavery was and still is evil,” said Owens, who is Black. But reparations suggest “Black people are a hapless, hopeless race who never did anything but wait for white people to show up and help us,” he added.

Rep. Tom McClintock (R-Elk Grove) called the measure “evil in its effect if not in its intent,” saying that “the bill is designed to reach into the dead past, revive its conflicts and reintroduce them into our age.”

Rep. Pramila Jayapal (D-Wash.) said the measure is not about punishment: “This is about restorative justice…. If you through your history benefited from that wrong that was done, then you must be willing to commit yourself to righting that wrong.”

During the markup hearing, Republicans sought to get ahead of an expected Democratic bill that would expand the Supreme Court from nine justices to 13. A failed Republican-backed amendment would have required appeals of any reparations measure in the high court to be heard by nine justices.

Rep. Jamie Raskin (D-Md.) described the effort as an “irrelevant distraction” from addressing “the history of white supremacy, slavery [and the] oppression of millions of African Americans.”

Polling has shown broad resistance in the general public to awarding reparations to people descended from slaves. A Reuters/Ipsos poll in June found that although Americans are increasingly becoming conscious of inequality in the U.S., only 1 in 5 respondents said the United States should use “taxpayer money to pay damages to the descendants of American slaves.”

The effects of American slavery led to deep societal inequity. Though slavery was legally abolished by the 13th Amendment in 1865, federal and local governments perpetuated and often profited off its racist legacy through convict leasing, sharecropping, Jim Crow laws and redlining.

Discrimination and violence ensured generational economic hardship was still felt by many descendants, said Kirsten Mullen and William Darity, who study reparations for Black Americans. For example, the average Black household’s net worth is $800,000 lower than that of the average white household, they said. Erasing the disparity would cost at least $10 trillion.

Monetary reparations are not a foreign concept for governments in the U.S., though they have largely involved specific groups of people affected by a singular event.

In 1988, the federal government paid reparations to Japanese Americans who were imprisoned during World War II. Florida in 1994 paid reparations to those who survived the 1923 Rosewood massacre, in which white mobs destroyed a Black community and killed at least six people.

After the Civil War, many Republicans championed failed efforts that would have awarded reparations to Americans who had been enslaved.

In September, California became the first state to adopt a law to study and develop proposals for potential reparations to descendants of enslaved people and those affected by slavery.

And last month, the city of Evanston, Ill., became the first in the nation to approve reparations for Black residents who were previously subjected to discrimination. Experts including Mullen and Darity have called the initiative a housing voucher program, not reparations.

“Usually when a country destroys another people, not usually, but sometimes you pay reparations,” Baradaran told The Times in a webinar last year. “You’re not going to make Black Americans whole. But, you know, there are remedies you can make … that [heal] our nation in a way that gets rid of our long-standing tension and deep-rooted problems.”