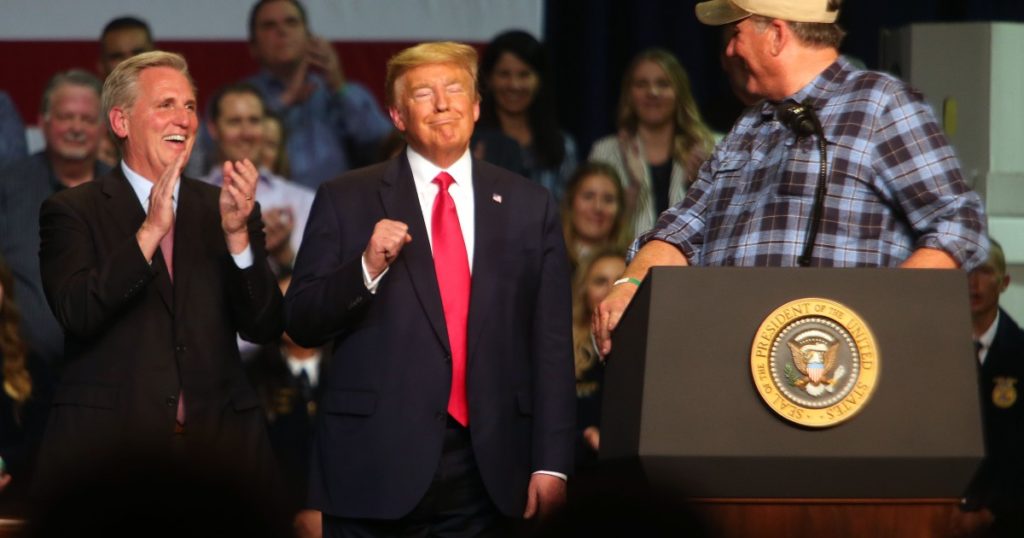 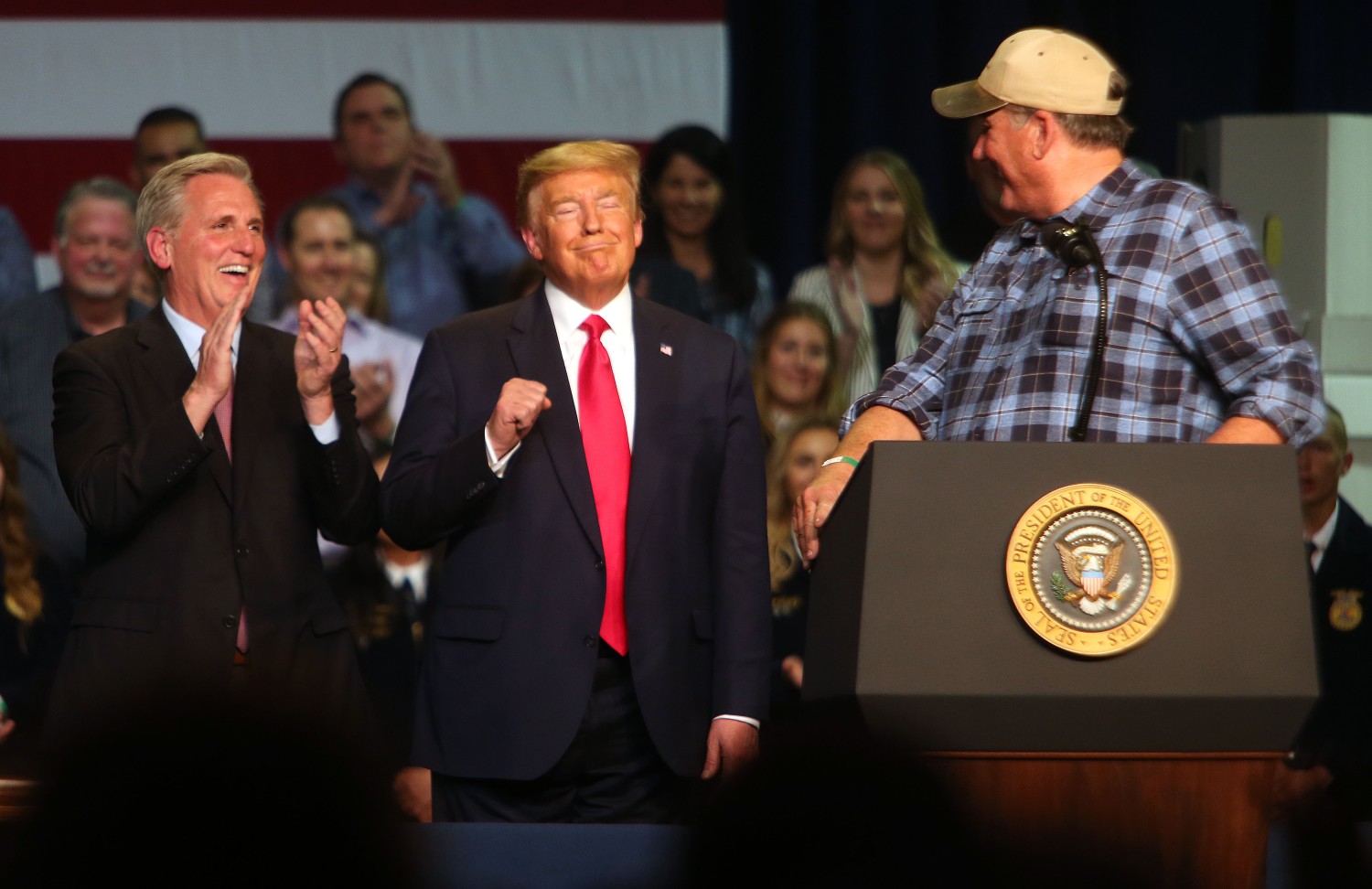 House Minority Leader Kevin McCarthy said Thursday that former President Trump’s words at a rally did not incite the violent mob that invaded the U.S. Capitol earlier this month, contradicting his previous comments that Trump bore responsibility for the insurrection that resulted in five deaths.

“I don’t believe he provoked it if you listen to what he said at the rally,” McCarthy, who represents Bakersfield, said during a news conference.

Eight days earlier, during a Jan. 13 House debate on whether to impeach Trump, McCarthy said the president was to blame for the violence, though he voted against impeachment.

“The president bears responsibility for [the] attack on Congress by mob rioters,” McCarthy said on the House floor. “He should have immediately denounced the mob when he saw what was unfolding. These facts require immediate action by President Trump.”

McCarthy, who was unavailable for comment late Thursday, was an early backer of the former president; Trump affectionately labeled him “my Kevin.”

But the Californian’s reprimand during the impeachment vote as well as his eventual recognition of President Biden’s election victory reportedly led the former president to turn on his ally during his final days in office.

A week before the impeachment vote, on Jan. 6, the day of the insurrection, McCarthy had voted against certifying Biden’s victory while questioning the legitimacy of the 2020 presidential election. That act angered McCarthy’s former boss and mentor, former Rep. Bill Thomas, who lashed out at McCarthy as a “hypocrite.” (McCarthy, who began his political career interning for Thomas, successfully won Thomas’ seat when the incumbent retired after 28 years in office.)

Thomas accused McCarthy of putting his political ambitions ahead of the nation’s interests, saying he raised the specter of the president’s responsibility only after corporations decided to withhold political donations. Many businesses have announced that they will no longer make contributions to those politicians who falsely claimed the election was stolen from Trump — a threat to McCarthy, a prodigious fundraiser.

“I look at it in terms of what you did, how you did it and when you did it. What is more important? Ending any kind of continuation of massive lies after the Capitol was torn apart — which [McCarthy] didn’t do,” Thomas said on KGET-17 on Jan. 15. “And then finally after months of supporting those outrageous lies of the president, he decides that actually Trump lost and Biden won.”

McCarthy probably pulled back his criticism of Trump because he wants to appease the former president’s supporters and maintain power in a party still controlled by him, other critics allege.

“Keep in mind, Kevin doesn’t have a moral conscience,” said Mark Martinez, chair of the political science department at Cal State Bakersfield. Martinez is a Democrat; McCarthy has lectured in his classroom and has appeared on panels with him.

“Getting his hand slapped by corporate America has really put him in a difficult situation,” Martinez said. “Right now Kevin is in survival mode. I don’t think he cares about anything but himself, trying to solidify his place in the GOP caucus.”

Allies argue that McCarthy’s critics are wrong and are trying to tar him because he has been an effective leader and could become House speaker if the GOP retakes Congress in 2022.

“Most people here understand exactly where he stands,” said Cathy Abernathy, a longtime Republican strategist in Bakersfield, adding that although she believes Trump was right in questioning the election, she does not think he directed the mob to storm the Capitol.

“Speaker Pelosi and Democrats and some in the media just want to pick over [McCarthy] and put a negative spin on him because he’s very effective,” she said.

A longtime GOP strategist and friend of McCarthy, who requested anonymity in order to speak candidly, said McCarthy is responsible for putting himself in a position where his future relies on perpetuating lies that he knows are false.

“Kevin is a brilliant political strategist who served the Republican Party extremely well for decades, but he now finds himself in a position where his power is contingent upon promulgating lies in the realm of conspiracy theories,” the strategist said.

“This was the deal he made when he decided to be Trump’s ‘my Kevin,’ and now he’s in a corner with no obvious way out of it.”