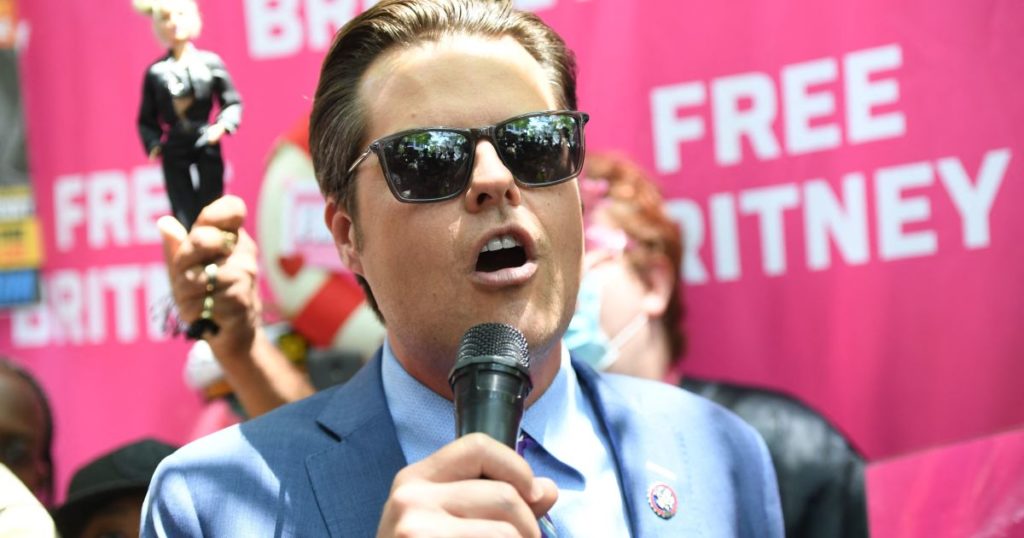 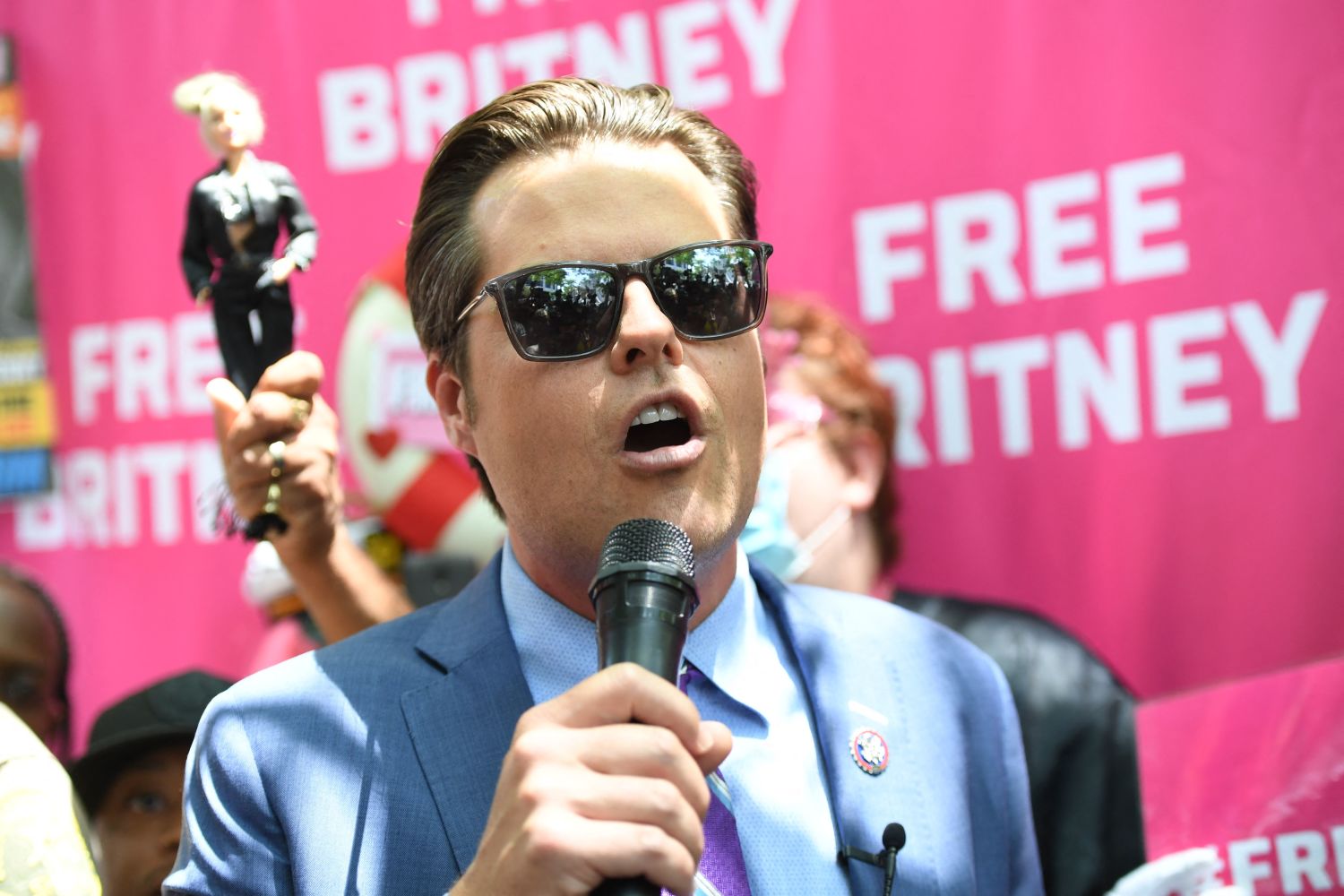 Rep. Matt Gaetz thinks Jamie Spears is a grifter and, in his blunt words, “a dick.”

Gaetz took the microphone at a #FreeBritney rally that congregated near the Stanley Mosk Courthouse while lawyers and others involved with Spears’ 13-year-old conservatorship appeared virtually in front of Judge Brenda J. Penny.

At issue were a number of petitions that arose after Spears’ lightning-rod testimony last month, as well as the 39-year-old singer’s request that she be allowed to select and hire her own personal attorney.

“Every time there’s a hearing in this case that does not result in freedom for Britney Spears and the dissolution of this guardianship, it is a black eye on the American justice system,” Gaetz said, earning loud cheers from the assembled protesters.

“There were grifters in this process that tried to act like they spoke for Britney, that they knew what she wanted. Well, now the whole world knows what Britney Spears wants, and it is the freedom and the liberty that should be offered to every single American.”

Gaetz then argued that people needed to band together to get federal law around guardianships and conservatorships changed to “free Britney and the millions of Americans who are impacted by a corrupt guardianship system that empowers people to take care of the weak.”

“There’s a lot that still divides us, but there’s one thing we can all agree on is that Jamie Spears is a dick, and he should [not be able to] make any more decisions regarding his daughter,” he added. “She is nearly 40 years old. She should make her own decisions, but you know what, this case should open our eyes to broader abuse that occurs in this system.”

Spears’ conservatorship has been in place since 2008. Her father was removed as conservator of her person in 2019 but remains in charge of her estate. He was to have been a co-conservator of the money with Bessemer Trust, but the financial company recently announced it was leaving the job — which it apparently never really started — after Britney said she wanted out of the conservatorship.

Her court-appointed attorneys also have offered their resignations, and Mathew Rosengart of the law firm Greenberg Traurig LLP reportedly was arguing Wednesday that she should be allowed to choose her own counsel: him.

Meanwhile, Gaetz is under investigation for allegations of sex trafficking and having a sexual relationship with a 17-year-old girl. Amid the sprawling federal probe, former Gaetz associate Joel Greenberg pleaded guilty to sex-trafficking charges in May.

Those controversies weren’t lost on some #FreeBritney advocates, who wondered aloud on Twitter if Gaetz’s support was welcome and helpful to their cause.

“Pathetic way to try to redeem yourself, riding on the coattails of Britney’s problems being played out in public,” one user replied to Gaetz’s tweet captioned, “Thank you to the #FreeBritney Army! I will always fight alongside you for a more just America.”

“We don’t want you near us,” wrote another commenter.

In March, keying off news in Spears’ case, Gaetz and Jordan sent a letter to House Judiciary Committee chairman Jerry Nadler (D-N.Y.) calling on him to hold a hearing regarding conservatorships.

“The facts and circumstances giving rise to this [Britney Spears] arrangement remain in dispute but involve questionable motives and legal tactics by her father and now-conservator, Jamie Spears,” the congressmen wrote in their letter.

“Given the constitutional freedoms at stake and opaqueness of these arrangements, it is incumbent upon our committee to convene a hearing to examine whether Americans are trapped unjustly in conservatorships,” it added.