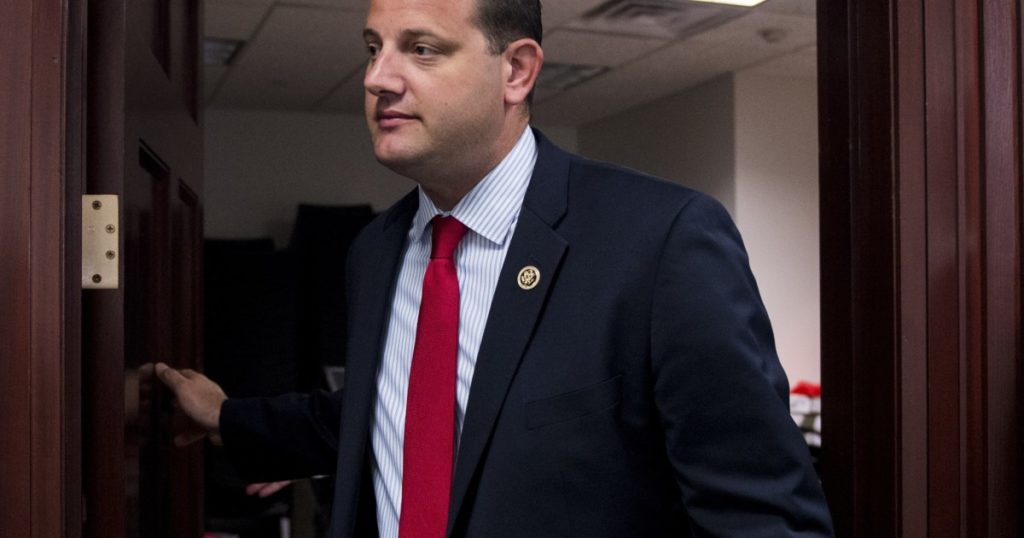 Rep. David Valadao, one of 10 Republicans who joined Democrats Wednesday in impeaching President Trump over his role in the Jan. 6 assault on the Capitol, said he voted his conscience after concluding that the president’s “inciting rhetoric” was “un-American, abhorrent and absolutely an impeachable offense.”

The Central Valley dairy farmer served in Congress from 2013 until 2019, after an anti-Trump wave cost the Republicans seven California seats including his as Democrats reclaimed the House of Representatives. Valadao, of Hanford, narrowly regained his seat from Democrat T.J. Cox in November.

In a written statement, Valadao complained that Speaker Nancy Pelosi (D-San Francisco) had turned “what should be a thorough investigation into a rushed political stunt,” but he nonetheless cast his vote for impeachment. He was the sole member of the GOP’s California congressional delegation to do so.

“President Trump was, without question, a driving force in the catastrophic events that took place on January 6 by encouraging masses of rioters to incite violence on elected officials, staff members, and our representative democracy as a whole,” Valadao tweeted after the vote.

“I have to go with my gut and vote my conscience,” he said.

President Trump was, without question, a driving force in the catastrophic events that took place on January 6 by encouraging masses of rioters to incite violence on elected officials, staff members, and our representative democracy as a whole.

Valadao’s tweets about his vote were met by a storm of responses, both pro and con.

“I voted for you to represent California’s 21st Congressional District, you let us down today and I’ll be voting against you for reelection,” wrote one person under the Twitter name Johnny Chavez.

Another, who goes by Jodette21, wrote: “Thank you! You are an American hero who did something so hard today & put country ahead of party.”

Within a month of Valadao’s electoral victory, Nicole Parra, a Latina Democrat and former state Assembly member, announced that she would mount a challenge for his seat in 2022.

The 21st District is one of the most Latino in the country, and Parra’s early start and name recognition erases some of the fundraising advantage that Valadao will have as an incumbent, Cargile said.

“The reality is this district is purple, and this is going to be a competitive race,” Cargile said. Parra formally announced her candidacy this week, unveiling a campaign website, video and social media accounts.

Rob Stutzman, a longtime GOP strategist in Sacramento, said Valadao should be taken at his word that he acted out of conviction.

“That was the biggest vote of his life,” Stutzman said. “His district voted for [Joe] Biden, but his base voted for the president. “

Valadao, the son of Portuguese Azorean immigrants, is a moderate Republican, particularly on immigration issues, supporting a path to citizenship for undocumented people whose parents brought them to the U.S. as children.

Cargile said he has not taken a leading role in denouncing Trump’s controversial child separation immigration policy, and since 2016, he voted with Trump most of the time.

His vast district, which includes all of Kings County and parts of Fresno, Tulare and Kern counties, is dotted with small towns, dairy farms and sprawling agricultural fields. The wind kicks up dust that bedevils descendants of the settlers who fled the Dust Bowl during the Depression for the Central Valley.

His territory is flanked by the districts of two powerful Republicans: House Minority Leader Kevin McCarthy (R-Bakersfield) and Rep. Devin Nunes (R-Tulare), whose giant red-lettered signs plastered along Interstate 5 and Highway 99 during the election screamed: SAY NO TO SOCIALISM.

McCarthy blamed Trump for inflaming last week’s mob, but sided with the president in objecting to certifying the electoral college results ratifying Biden’s election, which Trump baselessly insists is grounded in voter fraud. The mob attacked the Capitol to stop the certification, which Congress approved in the early-morning hours after regrouping when the riot was quelled.

Valadao tested positive for COVID-19 in January and missed his swearing-in while quarantining as the legislative session started.