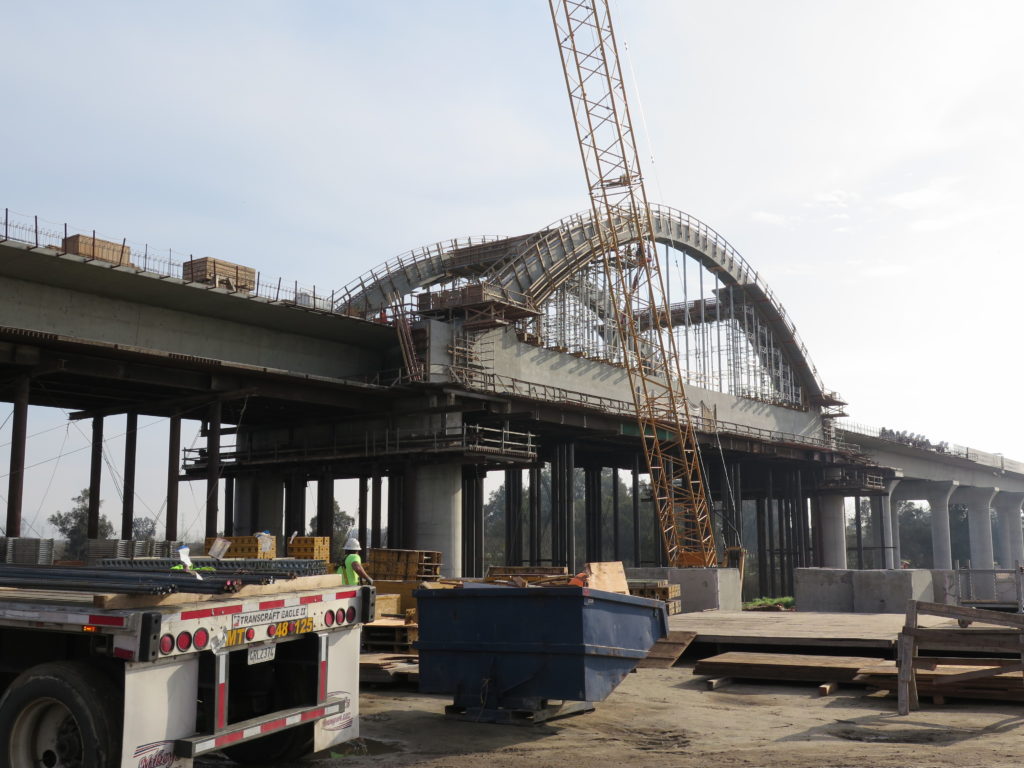 Assembly Democrats ended budget negotiations last week, effectively canceling Governor Gavin’s proposed funding boost for high-speed rail, and also for active transportation and transit. Newsom had proposed that the legislature release $4.2 billion to the California High-Speed Rail Authority (CAHSRA.) The money would have come from the high-speed rail bond Proposition 1A, which voters approved in 2008.

While there’s no legal deadline to release the high-speed rail money, this year’s budget included a call for the legislature to either release the funds before October 10, or see the other transit and active transportation funding withdrawn. Essentially, that meant the deadline to decide was yesterday; bills have to be “in print” for 72 hours before they can be voted on, and they must be passed by this Friday, the last day of the legislative session.

Streetsblog has attributed a lot of blame for the failure to come to an agreement to Assembly Transportation Chair Laura Friedman (D-Glendale), but she hasn’t acted alone. Democratic leaders – prominently Assembly Speaker Anthony Rendon (D-Lakewood) and Senate President pro Tempore Toni Atkins (D-San Diego) – have certainly had a hand in blocking these funds. Friedman’s stance irks advocates – including this Streetsblog editor – because she has been a champion for walkable, bikeable places, so her failure to support California’s high-speed rail project feels like a betrayal of values she held in the past.

Friedman and Rendon frame themselves as supporting rail and the environment, but over the past couple of years they have offered shifting justifications for kneecapping California’s under-construction high-speed line. Below are, in their own words, some of Friedman’s and Rendon’s varying rationales for blocking CAHSRA funding. None of this will come as a surprise to readers following the issue closely, but this perhaps serves to dispel a few of the myths and falsehoods that obscure high-speed rail realities today.

Myth: There Won’t Be a One-Seat Ride

“I don’t see how you get people off the train and back onto the other train, with their baggage and strollers.” (Laura Friedman, December 2019 Transportation Committee meeting)

“Federal rail safety rules prohibit us from using heavier diesel engines on the same track as lighter high-speed rail trains, even for towing. While we’re building dedicated tracks and infrastructure for high-speed rail, it’s imperative that we build a system that provides seamless connectivity for riders. That’s why we’re proposing delaying the electrification of the Merced to Bakersfield line…” (Laura Friedman, December 2019 email to Streetsblog)

In 2019, Friedman sought to transfer CA high-speed rail funds to Southern California rail projects, because, she asserted, there would be no one-seat ride between the Bay Area and the Central Valley. CAHSRA plans to run blended one-seat service between these destinations. Friedman claimed that was impossible due to federal regulations, but she was citing regulations that are no longer in effect. There will be one-seat rides.

“Any project that doesn’t have a significant amount of service to the largest areas in the state doesn’t make much sense.” (Anthony Rendon, July 2019 L.A. Times)

“The speaker has been supportive of focusing high-speed rail funding in areas where it will meet the greatest need, including the Bay Area and Los Angeles.” (Rendon spokesperson, Mass Transit Magazine June 2021)

“Let’s start putting some of the money into the section of track that high-speed rail will use in the L.A. Basin.” (Laura Friedman, August 2021 Streets for All event – at minute 34:20)

For a couple years, Rendon and Friedman have pushed for diverting portions of voter-approved CAHSR bond money to electrify commuter rail in Southern California. At first glance, this sounds like a good thing – improve Metrolink commuter rail, today! But the downside is that it would divert funding that CAHSRA tentatively planned to use for electrification in the Central Valley. And no electrification in the Central Valley would mean no true high-speed rail in California.

When Rendon and Friedman pushed for this in 2019, the CAHSRA commissioned a study that found greater air quality benefits from electrifying rail in the Central Valley compared to rail upgrades in Los Angeles.

But don’t take the agency’s word for it. The real proof of the disingenuousness of the Rendon push could be seen this week. When the governor had teed up billions of dollars for both high-speed rail and for transit improvements in L.A., Rendon and Friedman ended up tanking all of the money. To block high-speed rail money, Democrats rejected billions of dollars for L.A. Olympics transit improvements, for transit capital, and for active transportation. It sure appears that the push was never was to improve L.A. rail, but to block the money needed to finish the state’s first high-speed rail segment.

Myth: Hold Off on CAHSR Electrification Because Battery Trains Might Work Someday

“…there are potentially other technologies under development that may be of greater benefit… such as fuel cell and battery-electric trains. […] Therefore the electrification required in the Settlement Agreement [to restore CAHSRA federal funding that the Trump administration attempted to revoke] is problematic. We respectfully request the Settlement Agreement and applicable documentation be amended [to remove the electrification requirement.]” (June 2021 Anthony Rendon letter to Transportation Secretary Pete Buttigieg, co-signed by Friedman)

Rendon’s 2021 letter is an attempt to block proven electrification technology that powers high-speed trains all over the world. There’s a lot wrong in Rendon’s letter, but it’s sufficient to say that CAHSRA is building a system that will operate 220 mile-per-hour electric trains, and is scheduled to begin testing these trains in 2025. There is no technology available – nor on the horizon – that can substitute for what it’s building now.

Waiting for some kind of future gizmo makes no technical sense. It could make political sense as a way to block and delay the current project, without admitting to it.

This Week’s Myth: Zeroing HSR Funds in the Current Budget Doesn’t Delay Anything

“They [CAHSRA] have more than enough $ to continue on for… another year to two years, & the administration will take up this issue again with us in four months. In what possible world could we be causing any kind of delay or expense??” (Laura Friedman, Twitter yesterday)

Now that Democrat legislators have blocked CAHSRA funding in this year’s budget, Friedman’s new assertion is that this is not a big deal. Her argument is that CAHSRA has a lot of money, and the lack of additional money won’t cause any delays or added expenses.

But in the CAHSRA’s July 2021 budget update, the agency stated that their business plan anticipated the remaining voter-approve Prop 1A funding being allocated to them in November 2021 and that this would be the agency’s primary revenue source for fiscal year 21-22. Further:

If the legislature does not approve the remaining Proposition 1A funds, staff will present a revised budget [which could include] possible slowdowns in contract work, deferral of new contract execution, the shut-down of worksites and other measures as necessary.

The latest no-Prop-1A budget certainly doesn’t kill California’s bullet train. What it does, at least for now, is delay contracts for things like electrification and rail cars. Rail car procurement delays mean pushing back the start of testing and operations. Delays almost always mean increasing costs. And if California recalls its fairly-pro-rail governor, things could get much, much worse.

The latest budget machinations don’t in and of themselves kill the project, or even spell the end for Central Valley electrification. Construction is well underway on more than 100 miles in the Central Valley. Proposition 1A funds are still waiting to be allocated to something, some day. CAHSRA’s Cap-and-Trade money is a little more than anticipated. Federal infrastructure money still appears likely. California’s U.S. senators are supporting the project.

But with high-speed rail “supporters” like Rendon and Friedman, the project doesn’t need any more enemies.