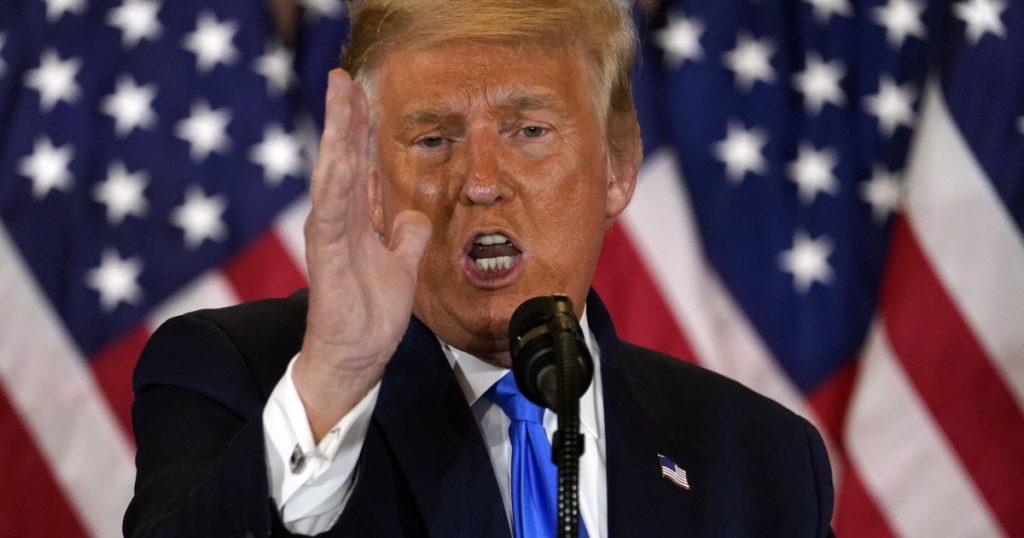 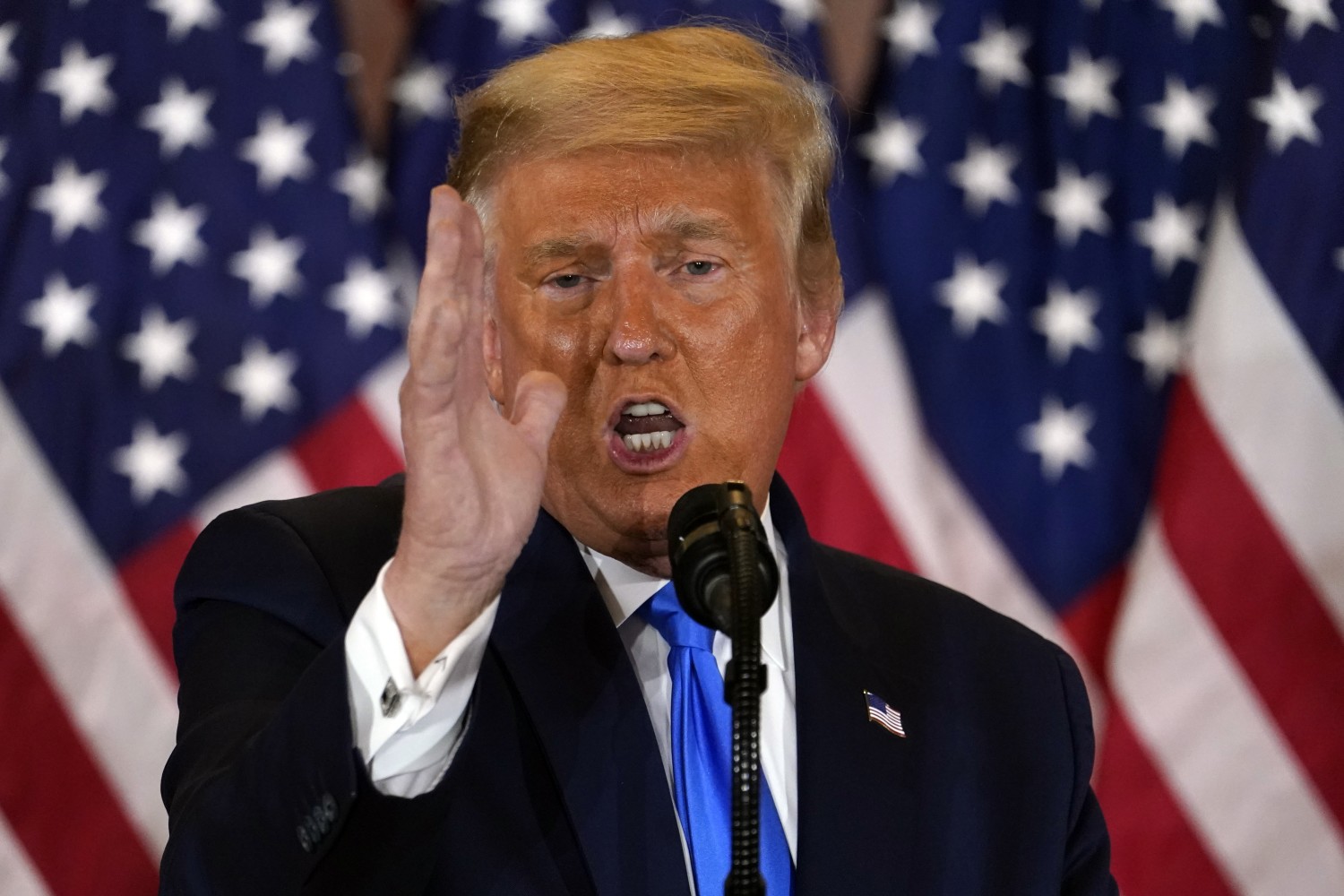 President Trump on Saturday again blasted a massive economic stimulus bill overwhelmingly approved by Congress this week as the ramifications of a last-minute veto threat came into greater focus for the millions of Americans set to lose enhanced unemployment benefits or face eviction from their homes without new legislation.

The standoff between Trump and Congress grew deeper Saturday with no clarity on how they might come to resolution. Congressional Republicans and Democrats have expressed frustration since Trump on Tuesday, the day after the legislation passed both houses, sharply criticized the package in a White House video and on Twitter, despite having played little role in the long and difficult negotiations that led to its passage.

Trump on Saturday repeated his opposition to the size of the checks, suggesting he would not sign the legislation without increasing them. “I simply want to get our great people $2000, rather than the measly $600 that is now in the bill,” Trump tweeted, referring to the stimulus checks that would go to millions of Americans. “Also, stop the billions of dollars in ‘pork.’”

Enhanced unemployment benefits approved earlier this year stood to expire Saturday, threatening benefits for an estimated 12 million Americans, according to the Century Foundation. Even if Trump does eventually sign the bill, people eligible for unemployment benefits are likely to lose at least one of those weeks because the bill was not signed quickly enough for computer systems to be updated in time for next week’s payments, according to Democratic lawmakers.

Without the $2.3-trillion spending bill, the federal government will run out of funding Monday evening, sparking the third shutdown of Trump’s presidency.

A federal moratorium on housing evictions, which would have been extended for another month under the legislation, will expire Thursday, allowing thousands of removal efforts to proceed. In 27 American cities alone, landlords have filed more than 162,000 evictions during the pandemic, according to Eviction Lab, a tracking program at Princeton University.

The bill also contains billions of dollars for other time-sensitive initiatives, such as vaccine distribution and COVID-19 testing.

Trump said he would veto the bill because the checks were too small, bringing him in line with Democrats, who have long demanded larger payments. The standoff pits Trump against congressional Republicans, who don’t want to add to the debt to pay for the larger checks.

The potential veto comes as Trump and many congressional Republicans have been at odds over the president’s unsubstantiated claims that the presidential election was stolen from him. Trump wants Republicans to object to the electoral college results in early January, an effort that Senate Republicans have so far refused to take up.

Eager to take advantage of Trump’s position, House Democratic leaders have scheduled a vote Monday on adding a $2,000 check to the bill, forcing Republicans into the uncomfortable position of siding with the president or sticking with their prior position against the larger payments.

“If the president is serious about the $2,000 direct payments, he must call on House Republicans to end their obstruction,” House Speaker Nancy Pelosi (D-San Francisco) said when she announced the vote on Thursday.

“Democrats would love to [give] $2,000 to all of our families,” Rep. Maxine Waters (D-Los Angeles) said on CNN Saturday morning. “I don’t know what kind of game he’s playing. I don’t know what the Republicans will do.”

Even if such a bill passed the Democratic-controlled House, as expected, the Senate is expected to block it, according to Senate Republicans.

Some on Capitol Hill suspect — or hope — that Trump will drop the veto threat, as he has done in similar circumstances. “The best way out of this is for the president to sign the bill, and I still hope that’s what he decides,” Sen. Roy Blunt (R-Mo.) told reporters Thursday.

If the stalemate continues, Congress could try to override Trump’s veto. The bill passed with a large enough margin in both chambers to become law without Trump’s signature, so long as no one changes his or her vote.

But a veto override is fraught with uncertainty. Sen. Lindsey Graham (R-S.C.), who golfed with Trump on Christmas Day, said he would not override Trump’s veto.

“After spending some time with President [Trump] today, I am convinced he is more determined than ever to increase stimulus payments to $2000 per person and challenge Section 230 big tech liability protection,” Graham tweeted, referring to the president’s simultaneous calls to remove liability protections from social media companies, such as Twitter and Facebook.

Critics have noted the irony in Trump’s efforts: Social media companies would surely boot Trump from their platforms to reduce their liability over his frequently false, disparaging and potentially libelous missives.

Congress is already prepared to override the first veto of Trump’s presidency next week. The House is slated to vote Monday to overturn Trump’s veto Wednesday of a military spending bill. If the chamber passes the bill by the required margin, the Senate plans to come back to Washington on Tuesday to do the same.

Frustrating congressional Republicans, Trump was all but absent from the negotiations. Treasury Secretary Steven T. Mnuchin was dispatched to haggle with lawmakers on behalf of the White House.

The president did not publicly weigh in until shortly after Congress approved the bill, issuing a four-minute video criticizing the legislation — which was nearly 6,000 pages long — as a pork-laden giveaway. Despite his last-minute objections, Trump’s own administration advanced many of the items he found objectionable, such as foreign aid programs and funding to keep the federal government open.

“Congress found plenty of money for foreign countries, lobbyists and special interests,” Trump said, “while sending the bare minimum to the American people who need it.”

Lawmakers were blindsided by the veto threat, having been told by the Treasury secretary that the White House backed the deal. “We’ve been assured that the president would sign the bill,” Blunt said, “and I have no reason to believe that Secretary Mnuchin didn’t believe that.”