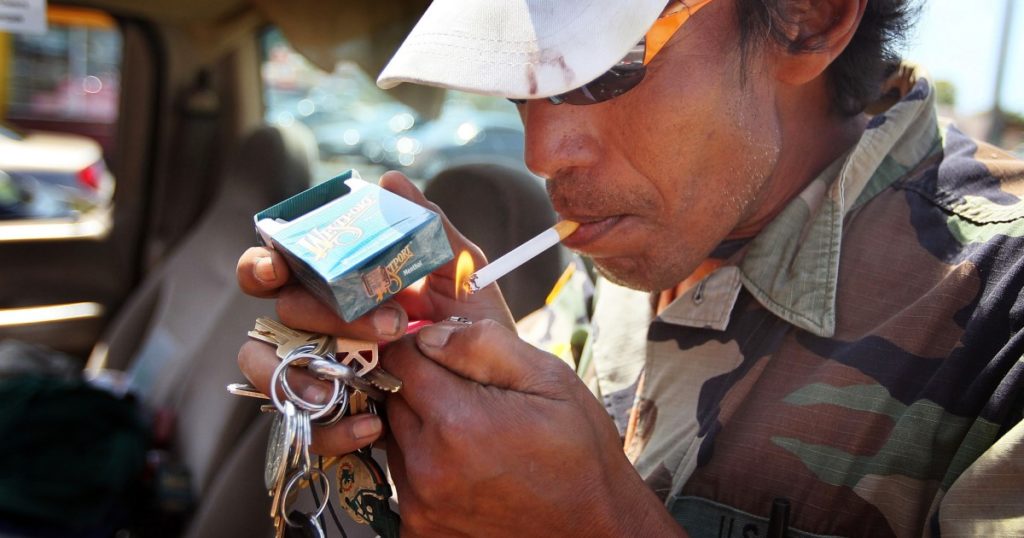 A coalition representing the tobacco industry said Tuesday it has turned in more than 1 million signatures as it seeks to qualify a referendum for the November 2022 ballot aimed at overturning a law banning the retail sale of flavored tobacco products in California.

If the Secretary of State’s office determines there is a sufficient number of signatures to qualify the referendum, the new law, which was scheduled to take effect Jan. 1, would be suspended until the voters act on the ballot measure in November 2022.

The signatures were submitted to the state by the California Coalition for Fairness, which said in a statement Tuesday that its signature drive showed that voters are put off by the new law.

“In the midst of an unprecedented pandemic, raging wildfires, heatwaves and power outages across the state, more than one million Californians signed petitions for the right to have their voice heard on an unfair law that benefits the wealthy and special interests while costing jobs and cutting funding for education and healthcare,” the statement said.

The coalition has received more than $21 million so far, largely from companies including Philip Morris USA and its affiliated U.S. Smokeless Tobacco Co., as well as R.J. Reynolds Tobacco Co.

Opponents needed to collect the signatures of 623,312 registered voters to quality the referendum.

The referendum was criticized Tuesday by Lindsey Freitas, advocacy director for Campaign for Tobacco-Free Kids, a leading supporter of the new law.

“We know Big Tobacco has hidden behind smoke and lies for years to hook generations of young people on deadly tobacco products, and this referendum is just one more tactic to continue the status quo,” Freitas said. “If this referendum qualifies for the ballot, we’re confident that California voters will reject Big Tobacco’s desperate attempt to keep hooking our kids for a profit. But the delay will be costly and deadly.”

Supporters of the flavored tobacco sales ban accused signature gatherers of misleading voters by telling them the petitions were for a measure to ban sales of flavored tobacco products to minors, a charge the coalition denied.

Gov. Gavin Newsom, who signed the new law in August, denounced the referendum effort when it launched.

“This is Big Tobacco’s latest attempt to profit at the expense of our kids’ health,” Newsom said at the time. “California will continue to fight back and protect children from Big Tobacco.”

The law Newsom signed would ban the retail sale of flavored tobacco products including menthol and fruit flavors, as well as those used in electronic cigarettes. To win legislative approval, the bill exempted hookah, expensive cigars and flavored pipe tobacco. It also does not apply to Internet sales of flavored products

Sen. Jerry Hill (D-San Mateo), who introduced the bill, said flavored tobacco is used by the industry to attract minors to smoking and vaping.

The high cost of qualifying the referendum and delaying the law for nearly two years would be eclipsed by the profits the industry would make selling flavored tobacco products in the meantime, supporters of the ban say. They estimate sales of menthol products alone will bring the industry $1.1 billion in revenue during the 22 months that California’s law would be delayed.

The campaign over the referendum is likely to generate heated debate, following vitriol between the two sides leading up to the Legislature’s approval of the law.

The tobacco industry ran television ads before the Legislature’s vote that alleged by exempting hookah, expensive cigars and flavored pipe tobacco from the ban, legislators gave “special treatment to the rich, and [singled] out communities of color” by banning menthol cigarettes.

Black lawmakers called the ads offensive and argued that the tobacco industry has targeted Black and Latino residents with marketing of flavored tobacco products, causing disproportionate harm to their health.

The coalition of tobacco companies repeated their charge on Tuesday.

“SB 793 criminalizes the sale of menthol cigarettes preferred by people of color and creates special exemptions for products preferred by the wealthy — allowing the sale of expensive flavored cigars and pipe tobacco, in addition to hookah, to remain legal,” the group said in its statement.

In pursuing the referendum, the coalition said it agrees “that youth should never have access to any tobacco products, but this can be achieved without imposing a total prohibition on products that millions of adults choose to use.”

The referendum is one of two prongs of the tobacco industry’s attack on the new law. The companies also filed a federal lawsuit against the state, seeking an injunction to block the new law, arguing it is “an overbroad reaction to legitimate public-health concerns about youth use of tobacco products.”

A court hearing on the lawsuit is scheduled for Dec. 10.