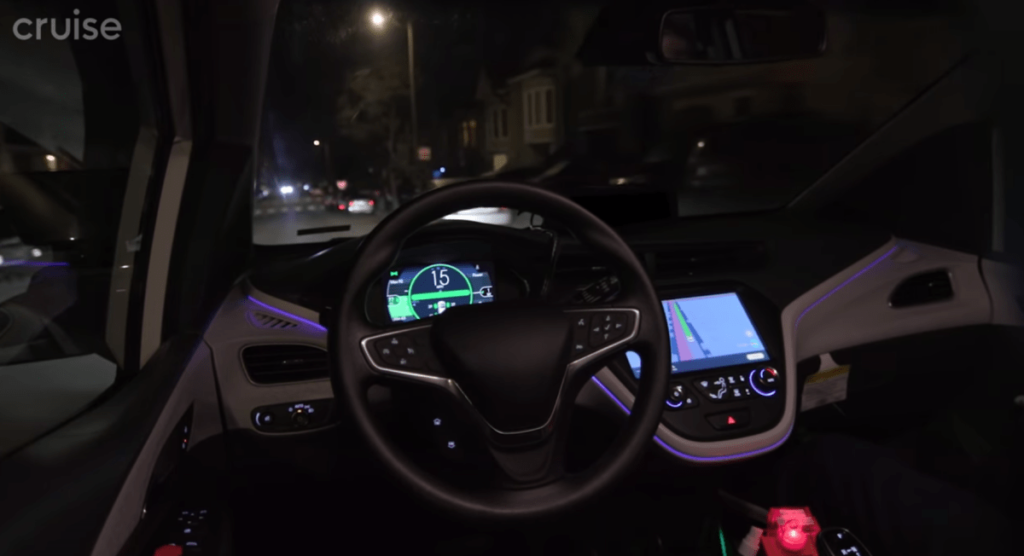 Cruise is now testing driverless cars on the streets of San Francisco with nobody at the wheel. That’s right–no longer is there a person sitting in the driver’s seat, hands floating over the steering wheel ready to take over if the computers try to, for example, plow into a woman walking her bicycle.

Here’s a promotional video from Cruise:

Streetsblog wants to know how you feel walking, biking, and taking transit with cars now driving around with nobody in the driver’s seat. To get the conversation going, Streetsblog checked in with some leading advocates and analysts.

“Undoubtedly the technology will get to a place where it is unequivocally safer than a human-driven vehicle,” said Evan Costagliola, who specializes in emerging mobility for the consultancy NelsonNygaard. For the technology to flourish, he said Cruise has to work hand-in-glove with the state, providing raw data that cities can use to help them make safer streets. But companies and regulators also need to decide what role the cars will play. “We need a policy effort to hammer out what are we trying to solve, how do we measure it, how do we report it.”

The San Francisco Bicycle Coalition’s Brian Wiedenmeier made a comment along similar lines. “Now that autonomous vehicle companies have begun fully driverless testing in San Francisco, it is more important than ever for regulators to ensure the safety of people walking and biking in our city,” he told Streetsblog. “That means robust data sharing and transparency regarding their operations as well as opportunities for the public to provide feedback.”

Jason Henderson, Professor in Geography & Environment at SF State and author of Street Fight: The Politics of Mobility in San Francisco and co-author of Low Car(Bon) Communities: Inspiring Car-Free and Car-Lite Urban Futures, fears the cars will further disparities, and that the new cars will become just another form of mobility for the elite. “The mobility that scales to San Francisco’s density is walking, cycling and public electric traction. Not another layer of privatized automobility.”

Livable City’s Tom Radulovich points people towards the “10 Rules for Cities Thinking about Automated Vehicles” by Jeff Speck, which breaks down the basic questions about automated cars and reminds people that there’s already a technology that “…has outperformed AVs by almost every measure. It travels 50 to 80 times further per calorie expended than the automobile, requires very little space, works on existing infrastructure with minimal modification, doesn’t pollute, and makes its users healthier and happier.”

That tech is called the bicycle.

Streetsblog would add one more rule: when policy is discussed about AVs, don’t ever let Cruise or any other company claim they’re all about safety, as they do continually. If they were, Cruise and its engineers could have long ago developed speed regulating computers that would prevent human drivers from exceeding the posted speed limit. Speeding is the single biggest factor in traffic fatalities. If they really wanted to have a “positive effect on humanity,” as they say in the video, they could have developed speed governing tech and collaborated with regulators to get it mandated in new cars, as their counterparts are doing in Europe.

Moreover, Cruise is part of General Motors, manufacturer of the most dangerous cars on our roads, including massively overpowered SUVs designed with sightlines that put children at particular risk.

AVs are about making money; think of the profit margins of a taxi or truck if one doesn’t have to pay a driver. One can debate if that’s a useful goal, but first AV companies have to be honest about it.

Tell us what you think. Do you feel comfortable walking and biking San Francisco’s streets with cars that no longer have anyone sitting in the driver’s seat? Post below.