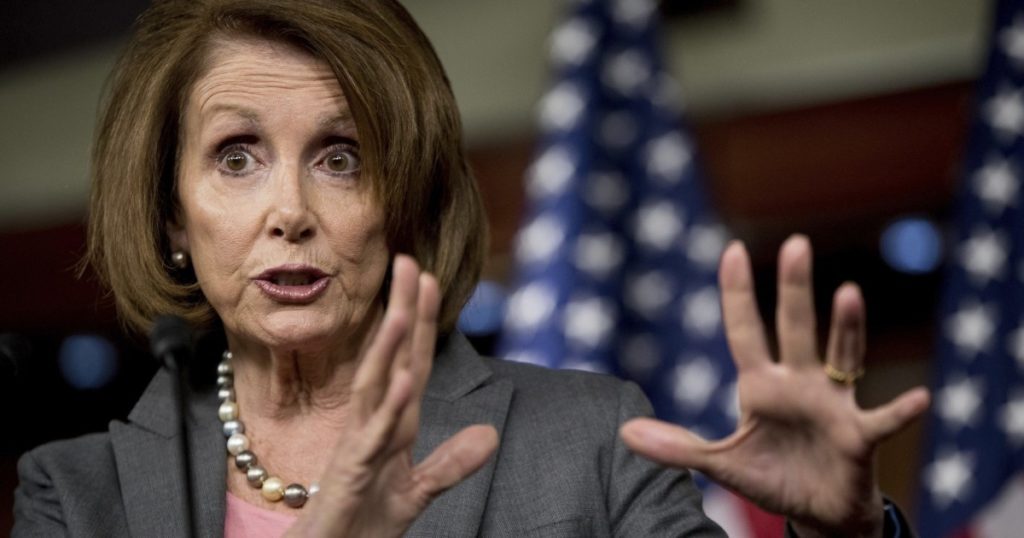 In the past half-century, just three people have held the seat representing this lovely, boisterous city in Congress. Two of them — Phil Burton and Nancy Pelosi — account for all but a handful of those 57 years.

Pelosi, the speaker of the House, was first elected in 1987, and her reelection — 17 times since — is so predictable it’s been decades since she waged anything resembling a political campaign. The consensus is that Pelosi, who regularly garners north of 75% support, can keep running and winning until she draws her last breath.

But the San Francisco Democrat, who turns 81 this month, has signaled that her congressional days have their limit.

She never planned to serve more than 10 years, she said in a 2018 interview, in which she spoke of “things to do, books to write, places to go, grandchildren, first and foremost, to love.” She called herself “a transitional figure” and, campaigning for the speakership, agreed to hold the post no more than four years — until after the 2022 midterm election.

Pelosi has said nothing publicly about her intentions, beyond a commitment to get big things done now that President Biden is in the White House and Democrats control the Senate (barely). Still, the race to succeed her in Congress is well underway as would-be successors raise money, court political activists and position themselves for a contest seen as inevitable if not exactly certain in its timing.

This is, after all, a city with a hyperactive political metabolism, and more than 30 years have passed since an open House seat presented itself.

“I don’t know why anybody would line up for the job,” said Supervisor Aaron Peskin, who described Washington as a “messed-up, gridlocked mosh pit” and may be the only sentient politician in San Francisco with no interest in running. “But I have no doubt if there’s any open congressional seat, the line’s going to be long.”

Among the prospects is Pelosi’s daughter Christine, which adds all sorts of intrigue.

The competition would mirror the special election that sent the speaker to Washington in the first place, a fracas that drew a cable car’s worth of candidates — 14 in all. Pelosi, a lifelong Democratic activist, ran as the preferred pick of Rep. Sala Burton, who claimed the congressional seat after her husband, Phil, died in office. Sala Burton delivered the endorsement before she, too, passed away, less than four years later.

The contours of the race were classically San Francisco. Despite the large field, the contest effectively narrowed to two candidates: Pelosi running on the left, and Harry Britt, who replaced the assassinated Harvey Milk on the Board of Supervisors, running on the far left. Pelosi prevailed, narrowly.

The race to succeed Pelosi is likely to split along similar lines.

Those seen as actively in pursuit — discreetly, so as not to antagonize Madame Speaker — include state Sen. Scott Wiener, whose district roughly approximates the current congressional boundaries, and former Supervisor David Campos, the chairman of the San Francisco Democratic Party. Wiener, a liberal by just about any measure, is considered the more moderate of the two. (“Corporate Democrat” is the epithet hurled by the more-progressive-than-thou wing of the party.)

There are plenty of other possible candidates, among them Mayor London Breed, City Atty. Dennis Herrera, state Assemblyman David Chiu and former Supervisor Jane Kim, who served in the leadership of Bernie Sanders’ 2020 California presidential campaign.

The city has no lack of political ambition, and the more candidates who run, the greater incentive for others to do so; in a large field, 20% to 25% of the vote could theoretically be sufficient to make a runoff. (Pelosi prevailed in her first race with 36% support and easily swamped her Republican opponent in the general election. That was before the state eliminated partisan primaries.)

The most politically visible of the speaker’s five children, the 54-year-old has long been involved in Democratic campaigns and causes and maintains a pugnacious presence on social media. She has never held public office, however, and some question how voters would view an attempted mother-daughter handoff.

“People would feel like, ‘OK, are we going to just vote for the person because of their last name and have nepotism win the day?’” said Jim Stearns, a veteran Democratic strategist. “I think that’s a nonstarter in San Francisco.”

Christine Pelosi did not respond to requests for comment.

The biggest question is how assertive the speaker would be in trying to choose her replacement. As revered as Pelosi has become, some still resent her anointment by the powerful Burton political machine, as it was known in its prime.

Would the speaker time her retirement to force a hurry-up special election, boosting the candidate with highest name recognition, which is to say her daughter? Would Pelosi stay neutral throughout the contest, work behind the scenes for a preferred successor, or openly advocate for one Democrat over another?

“Extremely experienced politicians don’t leave much to chance,” said Peskin, who has yet to pick a favorite in a race that exists, for now, only in the ether. “I’ve seen repeatedly, when there are moments of transition, they figure out a way to advantage their team.”

Pelosi has led Democrats in the House for nearly 20 years, and the fight to succeed her on Capitol Hill is certain to be a fierce one.

In San Francisco, where campaigns are deeply personal and elections a blood sport, the fight for her coveted congressional seat is likely to be even more vicious.