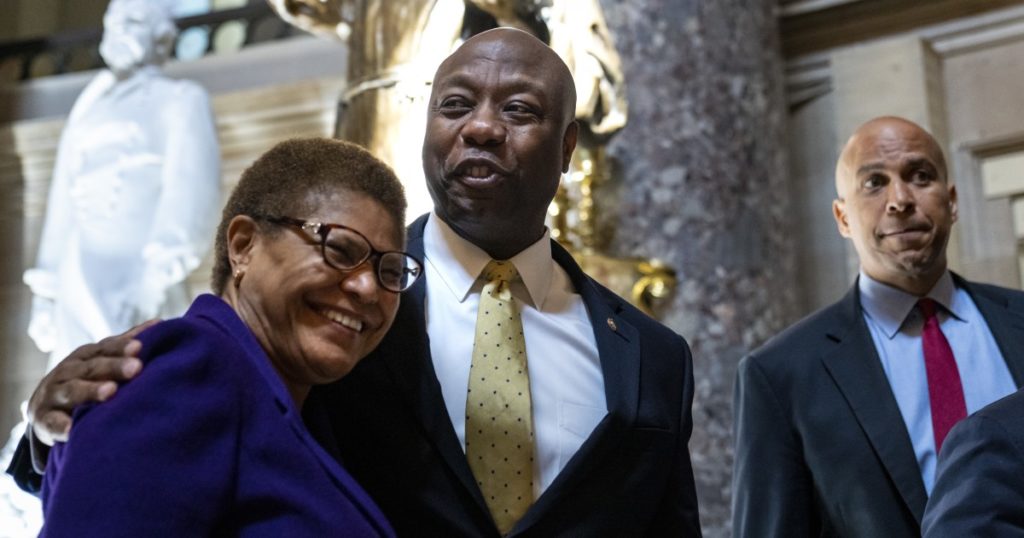 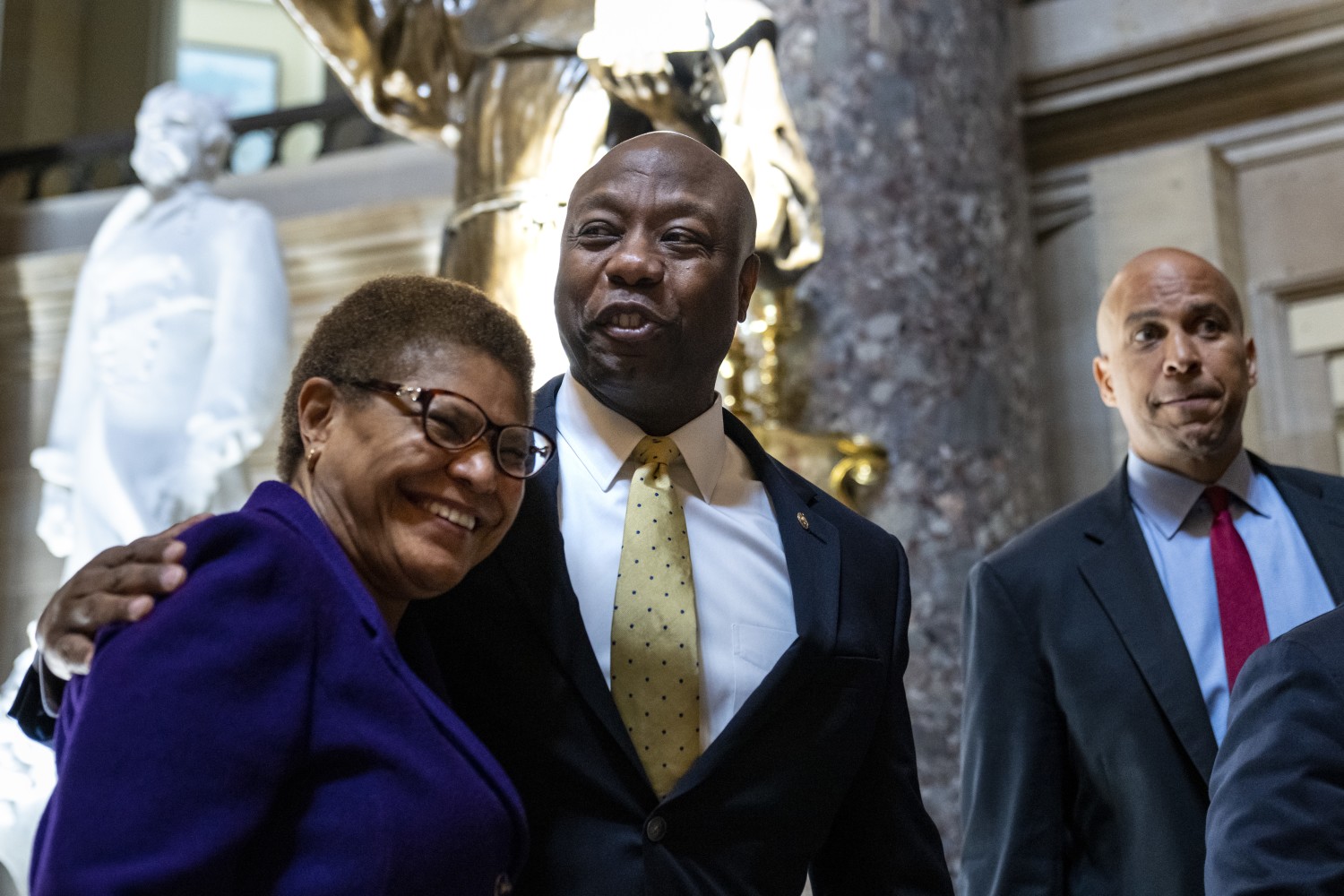 Members of Congress promised that this time they’d successfully reform policing, amid the national furor over George Floyd’s 2020 murder and the conviction of the officer responsible for his death.

President Biden urged them to bring a plan to his desk by the one-year anniversary. That deadline was Tuesday, and members haven’t reached a deal.

A major sticking point is qualified immunity, or more specifically, whether officers can be sued for violating people’s civil rights. Although this immunity was created by the courts, Congress can pass a law revoking or modifying it.

The trouble has long been agreeing on how.

For the first time in modern history, congressional Republicans are willing to consider massive changes to the doctrine and, though the involved lawmakers aren’t giving many details, they’ve indicated that negotiations on a massive overhaul of policing as a profession could wrap up in the next few weeks.

Experts stress that the public, many police officers, and state and federal lawmakers, don’t fully understand qualified immunity. And, in many cases, what they think it means to policing — accurate or not — is scary, said UCLA law professor Joanna Schwartz.

“Qualified immunity has come to represent or symbolize much deeper questions about how much oversight and accountability there should be over police,” said Schwartz, an author of studies on the subject.

How we got here

A legal doctrine created by the Supreme Court in the 1960s, qualified immunity started as a way to protect officers — and all public officials — acting in good faith from being liable for their actions that violate constitutional rights. On the same subject : Supreme Court to hear challenge to California union law. At the time, Black Americans were suing officers for excessive use of force under a long ignored 1871 law.

In 1982, the court expanded the doctrine, stating that public officials have immunity unless the official knew — or should have known — their actions violated the person’s constitutional rights.

Officers are already protected by the Constitution’s 4th Amendment from being held liable for honest mistakes, such as arresting the wrong person, Schwartz said. And many police departments already agree that the officer will not be personally liable for their actions while on the job.

Schwartz’s research of 81 departments over six years found that the department paid legal fees 99.98% of the time.

As Congress rushed to pass policing reform in the weeks after Floyd’s death last year, Sen. Tim Scott (R-S.C.) and many Republicans in Congress wouldn’t entertain a conversation about changing or ending qualified immunity. They said getting rid of it would make officers second-guess split-second decisions and open them up to frivolous lawsuits.

Congressional leaders argued that without the room to make mistakes without worrying about being sued, officers would leave the profession. Quickly, negotiations reached a stalemate, and Congress moved on to other things.

But after the April 20 conviction of former Officer Derek Chauvin for Floyd’s murder, members of Congress swore they wouldn’t let the momentum slip away again. Negotiations resumed, and Scott said publicly he’d be willing to discuss changes to the doctrine. He proposed making it easier for people to sue law enforcement agencies, but not individual officers.

Democrats Rep. Karen Bass of Los Angeles and Sen. Cory Booker of New Jersey came back to the negotiating table but said they still want officers to be held personally accountable. Democrats argue that liability is necessary to hold officers accountable for excessive force, that the doctrine is applied unevenly across the country and that officers rarely end up paying settlements themselves. 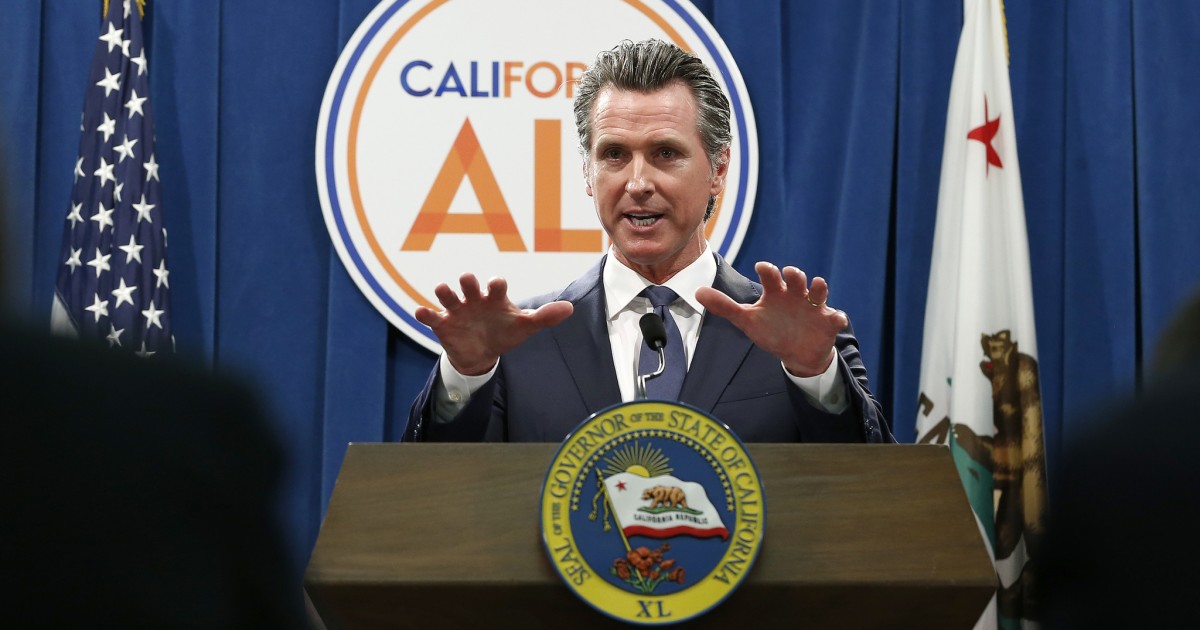 So what are the options?

Experts argue there are pros and cons to both proposals, and that a middle ground is possible. To see also : Biden gives Thanksgiving address to reassure Americans.

Civil rights cases take years to litigate, at great cost to cities and individuals, and because of qualified immunity they rarely result in compensation, said Brandon Garrett, law professor at Duke University School of Law.

Explicitly making it easier to sue departments, rather than individual officers, could increase the number of cases that end with citizens getting compensated, Garrett said.

Getting compensation has gotten more difficult since the Supreme Court told judges in 2009 they no longer have to consider whether an officer violated a constitutional right when deciding if the officer gets qualified immunity. Instead, judges were told to look at whether the officer should have known the action violated the person’s constitutional rights.

In practice, that means judges are looking at how other courts have ruled. Unless there is already a case with facts that match the situation before them, the officer could be given immunity.

For example, in 2019, a civil case was brought against an Atlanta-area officer after he shot and injured a 10-year-old boy while allegedly attempting to shoot a dog. The case was dismissed because the court couldn’t find a similar case.

The situation means that victims and civil rights lawyers “regularly see cases that get dismissed where the judge says the individual’s rights were violated but the officer is immune,” Garrett said. “It’s not a good use of anyone’s time to be fighting over qualified immunity rather than the question of whether someone’s civil rights have been violated.”

Putting the onus on suing individual officers doesn’t solve underlying problems such as poor training, Garrett said, but putting departments on notice could encourage them to implement higher standards and better training that could prevent civil rights violations from happening.

Alex Reinert, a law professor at Yeshiva University and author of a recent study on qualified immunity, agreed changing it to explicitly state that departments are financially responsible could lead to more cases going to trial or being settled. But he cautioned against dismissing the value victims see in holding an officer personally accountable.

“There is a feeling of accountability when you have a court say this defendant violated this person’s right,” Reinert said.

The prevalence of video shot by passersby in recent years has put the focus on individual police officers and not the systemic issues within law enforcement, said Sheldon Nahmod, a professor at the Illinois Institute of Technology’s Chicago-Kent College of Law.

There are roadmaps for Congress to follow. At least 25 states have considered allowing people to sue for violation of state laws. Colorado, Connecticut, Massachusetts, New Mexico and other states have passed legislation to end or restrict the defense.

Several experts pointed to Colorado’s policing reform law, which passed in June, as a strong law to replicate. It allows people to sue law enforcement for violating their state, not federal, civil rights and bars qualified immunity as a defense in state level charges.

If a court determines the officer did not act in good faith, or with a reasonable belief that what they did was legal, the officer can be held personally liable for either 5% of the judgment or settlement or $25,000, whichever is less, with the department or city paying the rest. 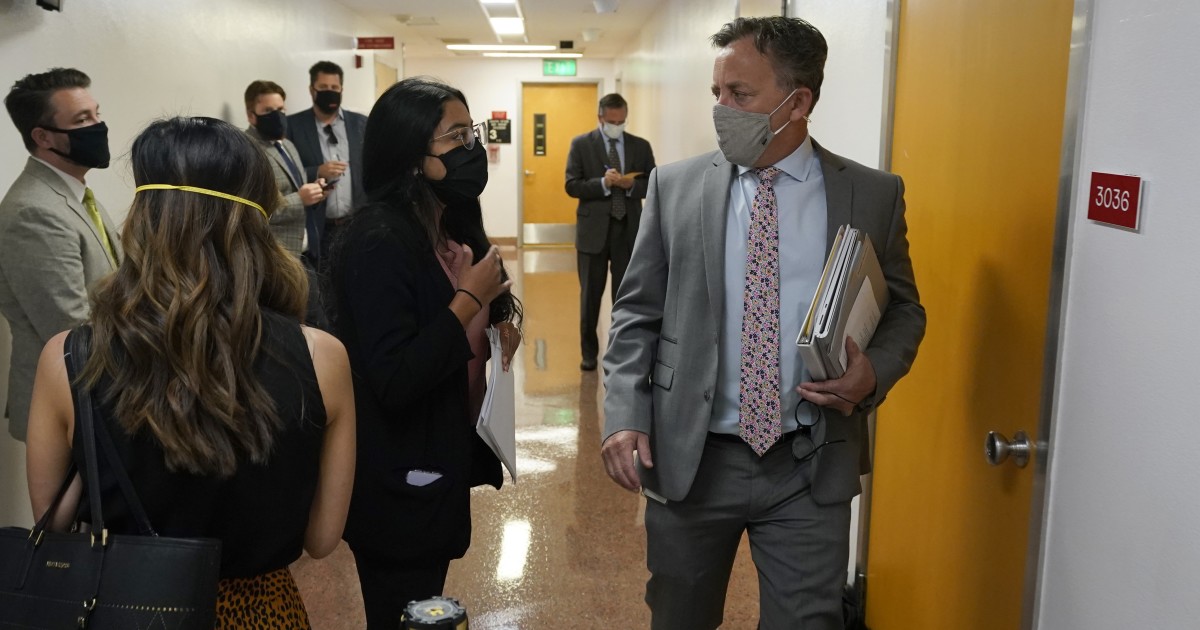