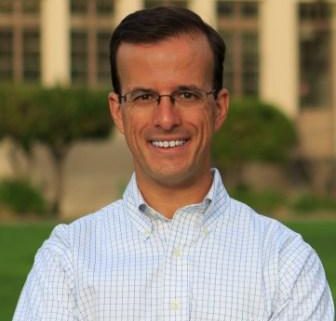 Following the recommendations of a 2019 Santa Clara County Grand Jury Report, Assemblymember Marc Berman introduced legislation earlier this year that would dramatically remake the Board of Directors for the Valley Transit Authority (VTA).

Streetsblogs California and San Francisco have been covering the legislation, but to provide a complete picture we offered the Assemblymember a chance to respond to a Q&A on VTA and the legislation. For more on the bill and the response to it, you can follow the rest of our coverage:

Streetsblog: First, could you briefly describe AB 1091, what its goals are and how this legislation will help us get to those goals?

Marc Berman: AB 1091 makes a number of changes to the structure of the VTA Board of Directors. First, it reduces the overall size of the Board from 18 members (12 of whom are voting members) to nine voting members with no alternates. Second, the bill changes who serves on the board. Right now the VTA Board is a rotating group of elected officials: 10 city councilmembers and two members of the Santa Clara County Board of Supervisors. AB 1091 would replace the elected officials on the board with qualified members of the public who have relevant expertise. These members would be appointed by the Santa Clara County Board of Supervisors and city councilmembers. Lastly, AB 1091 would lengthen board members’ terms from two to four years.

Three Civil Grand Jury Reports over the last 17 years have concluded that VTA’s governance structure is a root cause of the agency’s poor performance and is in need of structural reform. The goal of AB 1091 is to create a board with an improved level of expertise and continuity, but additionally to reorient the board towards a regional focus—with board members thinking about the regional transportation network rather than the political interests of the cities or districts they represent. Taxpayers, transit riders, and VTA staff deserve a Board of Directors that has the time and expertise necessary to provide appropriate oversight and meet our region’s complex transportation needs.

SB: Why is now the best time to be considering this legislation?

MB: This legislation is long overdue. A Civil Grand Jury first recommended restructuring the VTA Board in 2004. The 2019 Civil Grand Jury concluded that many of the problems identified in 2004 remain and have only grown deeper. We cannot continue to ignore the structural problems with the VTA Board that have been identified by three Civil Grand Juries over 17 years. I understand that this is a difficult conversation to have, but it’s not serving transit riders, taxpayers, or VTA to keep putting the conversation off.

SB: Is there a plan to overcome the formal opposition from the VTA Board and cities such as San Jose and Cupertino?

Although AB 1091 creates a VTA board that is smaller overall, it does not change the existing balance between how many members are appointed by San Jose and how many are appointed by the non-San Jose cities in the county. Currently, San Jose appoints five voting members to the Board and all other cities appoint five voting members. Under AB 1091, the City of San Jose would appoint two members and the other cities would appoint two members. The other five seats would be appointed by each member of the Santa Clara County Board of Supervisors, all of whom represent at least a portion of San Jose. Each Supervisor could appoint a member who lives in San Jose, leading to a VTA Board that could have seven members from San Jose and two members from the non-San Jose cities. I don’t think that will happen, but it’s possible under AB 1091. Regardless of where the Supervisorial appointments live, my hope is that the Supervisors who appoint them will vet them to make sure they see things through a less parochial and more regional approach.

I am open to amending the bill as I continue to hear feedback from stakeholders about how best to improve VTA governance, and I hope that those who oppose it will propose suggested amendments to the bill. That is, unless they believe the current governance structure is working well and they want to defend the performance of VTA, which has consistently ranked at or near the bottom of rankings against peer agencies in a host of performance metrics.

I understand that changing the governance structure will not solve all of the complex issues that VTA faces. But as I’ve said before, we all share the common goal of improving public transportation in Santa Clara County. I would hope that this is something that everyone—even current VTA board members who might have to give up a little personal political power in exchange for better governance—could agree with.

SB: The 2018-2019 Grand Jury report that helped lead to this legislation suggested a number of different options for reforming the membership, one of which was board elections similar to the BART Board model. Why did you choose a different possible reshaping (which was also an option in the report) to a direct election?

MB: I looked at a number of options for reforming VTA based on the recommendations of the most recent Grand Jury report, and I considered a directly elected model like BART. The directly elected model is very rare for transit boards in the United States, and I worry that a directly-elected board would perpetuate the type of parochial and political thinking that has been detrimental to VTA’s regional mission. With an appointed board, we can ensure that transportation-related expertise is represented on the board, and that folks who may be great board members but lack the means to run a political campaign are not excluded from serving.