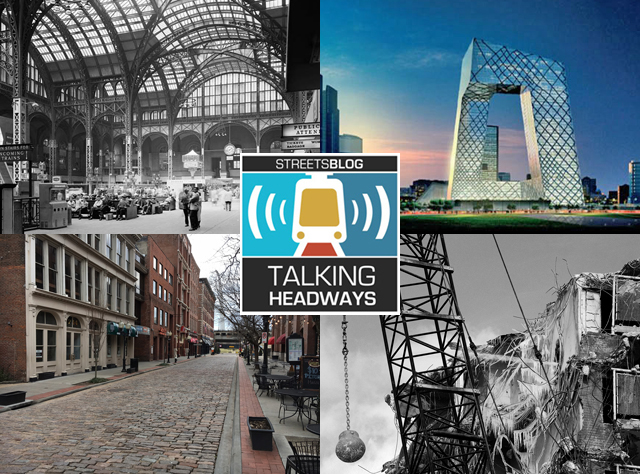 This week we’re joined once again by author Chuck Wolfe to talk about his book “Sustaining a City’s Culture and Character.”  We talk about sustainable travel and the “character” and “authenticity” of places.  We also talk in detail about the importance of context when considering planning for the future.

Jeff Wood: You talk a lot about the center of change and preservation as a kind of a blending or where did that idea for first hit you, the blending discussion?

Chuck Wolfe: Oh, well I think it first hit me in noticing the differences between a traditional American historic preservation battle, which is usually about tearing down a building or not, for a new development. And then here where heritage, as it’s called here is seen as a far more immersive undertaking because it’s not as simple as one building and whether the building comes down or not, it’s a question of blending new development with a strong sense of history or remaining older buildings. And it is a blend to determine what that blend should be is a very contextual undertaking, just like anywhere, some people do it very well and some people do it in absolutes.

And here for instance, I was just talking about this, cause I was just on a podcast here where a fairly well-known niche developer Amy Slyman she was somewhat of an inspiration for some parts of the book. And she had me on her podcast which was very nice, and I reminded her how valuable she’d been because she talked about rebuilding at scale, a redeveloping at scale, using indigenous architects, if you will, who are simpatico with the community who understood the importance of picking up the curve in the street, a blended approach to height, compatible building materials, but not an absolute devotion to London brick.

In other words, preserving the essence, the look and feel without replicating. And it’s kind of funny because, you know, for projects, you know, road resurfaces and so on that do use say a traditional brick, often that brick is from China. It’s no longer from Wales, England or Scotland, you know, number one, and number two, it goes to that strong sense of history that exists here. And so, the blending, I mean, it has, it almost has to blend unless something has been truly destroyed and they’re are so many factors that go into that blending that aren’t just architectural.

It can be an historic event. It can be, you know, a piece of the landscape, it can be many, many things. And so the idea of heritage and so on and so forth, it’s just so much more multifaceted than sometimes we see in the United States. So that’s how I first got deeply into the issue of blend. Also, my tendency to immerse and think too much about some things and say, it’s not black and white. It’s not that simple. There’s a shade of gray here. And that fits also, the blend fits with the bottom-up top-down resolution of land use, really many places in the world now. It’s a burgeoning movement.