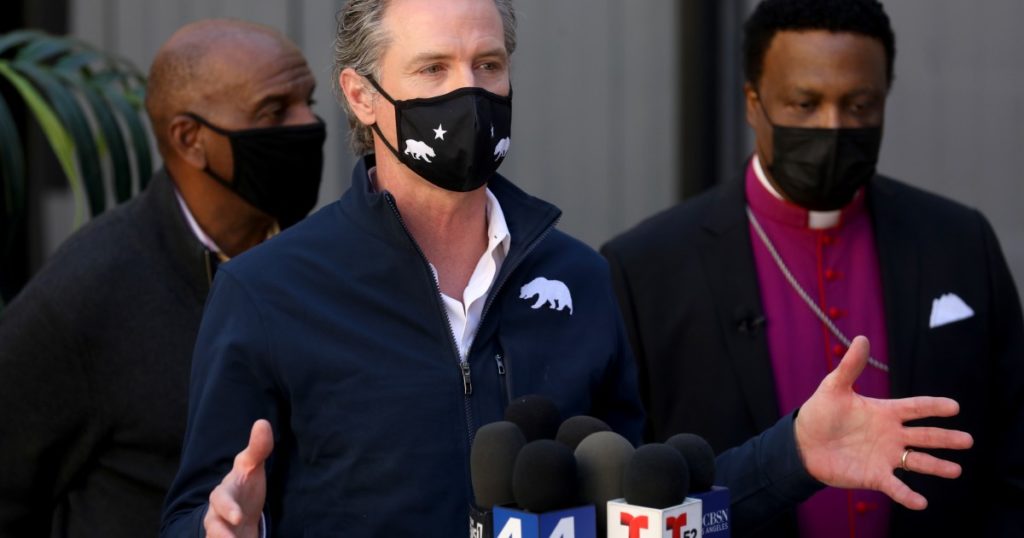 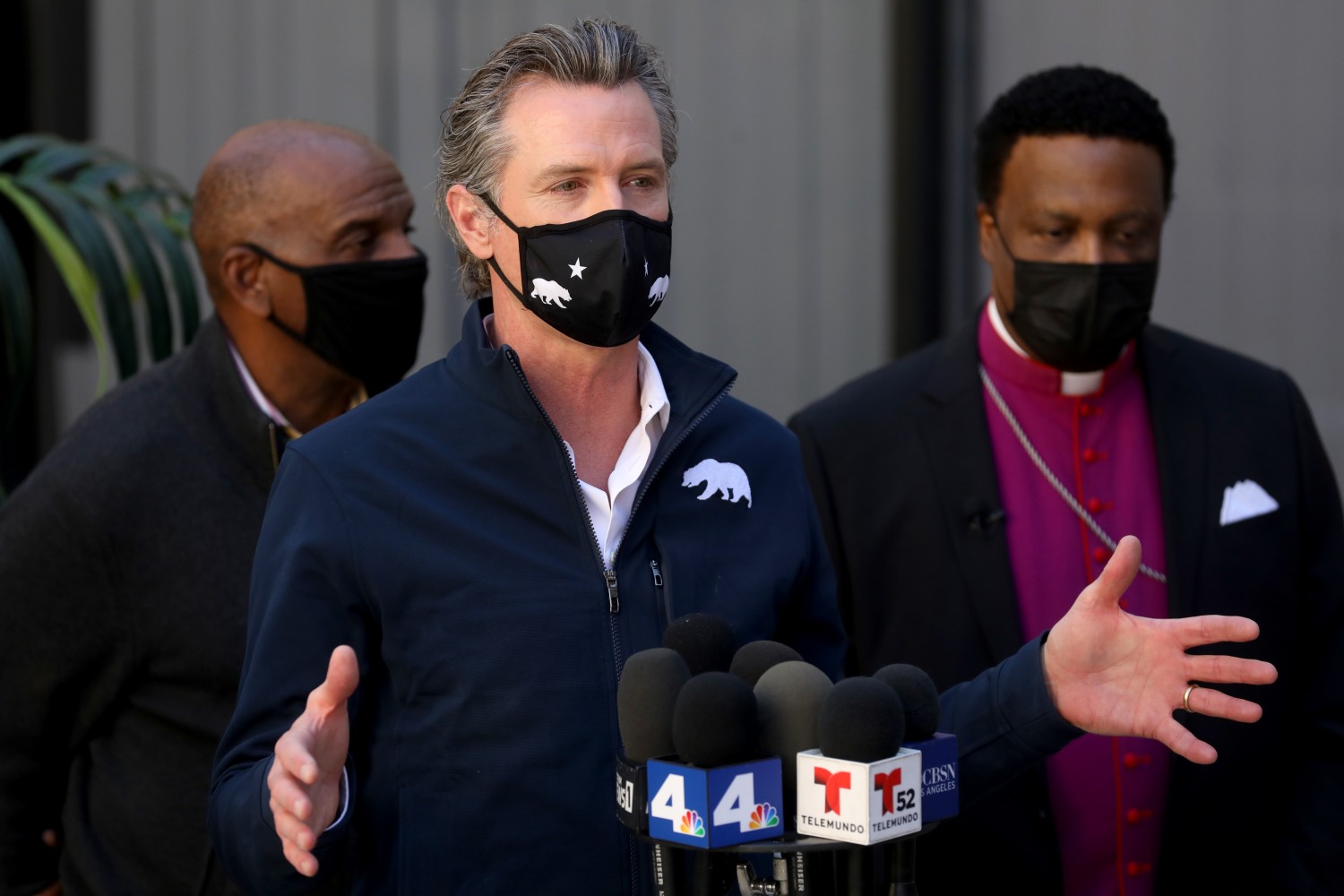 Health leaders asked that $200 million in ongoing funding be included in the state budget being negotiated for the fiscal year beginning July 1, but Newsom’s spending plan calls instead for a $3-million study to determine how much public health programs need so that the money can be included next year.

Health advocates and some lawmakers say the plan leaves a gap in funding that jeopardizes the work of public health agencies in communities across the state.

“No one realizes that we’re necessary or we exist until something like COVID happens, and then we’ve been so significantly reduced,” said Dr. Flojaune Cofer, senior director of policy for Public Health Advocates. “We need to make a consistent investment in our infrastructure and in prevention, because that’s how prevention works. You can’t wait until you’re in the midst of a crisis to prevent, you have to have the dollars in advance.”

Advocates said they see no reason to wait. The state has seen a massive tax revenue windfall, resulting in $38 billion in discretionary cash. Newsom had announced a “surplus” of nearly $76 billion, but the nonpartisan Legislative Analyst’s Office said Tuesday that figure was misleading because it included revenue that must, by law, go toward public schools, paying off debt or be placed in the state’s main reserve account.

On Friday, Newsom dismissed assessments that his budget did not provide new funding to public health, saying there is $300 million for public hospitals and investments in the Medi-Cal system for low-income Californians. The Biden administration has also announced $7.4 billion in federal funding this month to help states and counties recruit and hire public health workers.

“There’s many other investments in this space and I hope when the dust settles, they review all of that, and perhaps update their considerations,” Newsom said Friday.

But public health advocates contend that the investments are earmarked for COVID-19 response and say that they are seeking ongoing funding to respond to all public health issues.

The extent of funding shortages for local public health departments is unclear. They have been funded through special budget rules since 1991, when the state transferred responsibility and money for certain programs to counties. But the structure locked in a fixed formula with wide variation in funding by county, a structure that hasn’t been adjusted as conditions have changed over the past three decades. The County Health Executives Assn. of California said that funding dropped by $138.5 million between 2006 and 2020.

California Health and Human Services Secretary Dr. Mark Ghaly said Wednesday that Newsom’s proposal allows the state to thoughtfully invest in public health after studying what investments and potential changes are needed to improve the system.

“We have learned about the gaps, we’ve learned about the challenges, we could make the decision to continue investing in those existing areas all the same or we can take a moment,” Ghaly said. “And as I’ve said, the COVID pandemic has been a great accelerant for change and it has unmasked some of our most important vulnerabilities.”

Public health leaders said a lack of funding over the past decade has resulted in lab closures, staffing shortages and the elimination of programs that reduce chronic diseases, including those that made people more susceptible to COVID-19. Even now, local public health departments are struggling to respond to threats such as high rates of sexually transmitted infections and chronic diseases such as diabetes and heart disease, said Elsa Jimenez, health director at the Monterey County Health Department.

“The biggest lesson of COVID-19 is that waiting until a crisis to invest in public health costs lives,” Jimenez said. “Yet, even in the context of a $76-billion budget surplus, the governor’s budget proposal would ignore the crisis on local public health caused by a decade of disinvestment and longtime neglect of these vital programs. This is astounding. We can’t repeat the same mistakes California made before COVID-19.”

The $200 million local health leaders asked to be included in the budget is just a starting point, said Michelle Gibbons, executive director of the County Health Executives Assn. of California. The funding shortages are expected to be greater and, if those are identified in a subsequent study, Gibbons said the state could provide additional funding.

“We want to start with this upfront investment ongoing so that we can begin to staff up in a way that we have not been able to do for decades,” Gibbons said.

For example, Gibbons said, the number of local communicable disease investigators in Riverside County is the same this year as it was in the 1980s.

“That’s unacceptable and that just shows that even while the population has grown, the budget has not,” Gibbons said.

Kat DeBurgh, executive director of the Health Officers Assn. of California, said cuts during the Great Recession in 2008 have remained in place, even as the state’s population has grown, putting more pressure on local health departments to do more with less.

DeBurgh said that in Stanislaus County, local health officials could only investigate a quarter of sexually transmitted infections reported to the county and, due to a lack of resources, chose to focus almost exclusively on congenital syphilis in order to prevent newborns from acquiring the disease.

When the pandemic hit, the county health officials had to pull back on even those efforts, prompting an increase in congenital syphilis, DeBurgh said.

Continuing to underfund local health departments will have an impact, she said.

“The effects of this will be devastating consequences on the health of local communities, as we have already experienced with the COVID 19 pandemic and are currently seeing through the rising rates of STIs, tuberculosis, valley fever and other chronic illnesses and diseases,” DeBurgh said.

State Sen. Richard Pan (D-Sacramento), a pediatrician who is chair of the Senate Health Committee, said the need to increase state spending for public health was evident even before COVID-19. In 2019, underfunded public health agencies had to redirect staff to address measles outbreaks in California and the state has known its dated health-related reporting systems are inadequate, Pan said.

“We identified all these needs before COVID,” said Pan, who held a hearing in 2019 evaluating public health funding in the state. “And yet we didn’t step up, so now is the time to step up.”