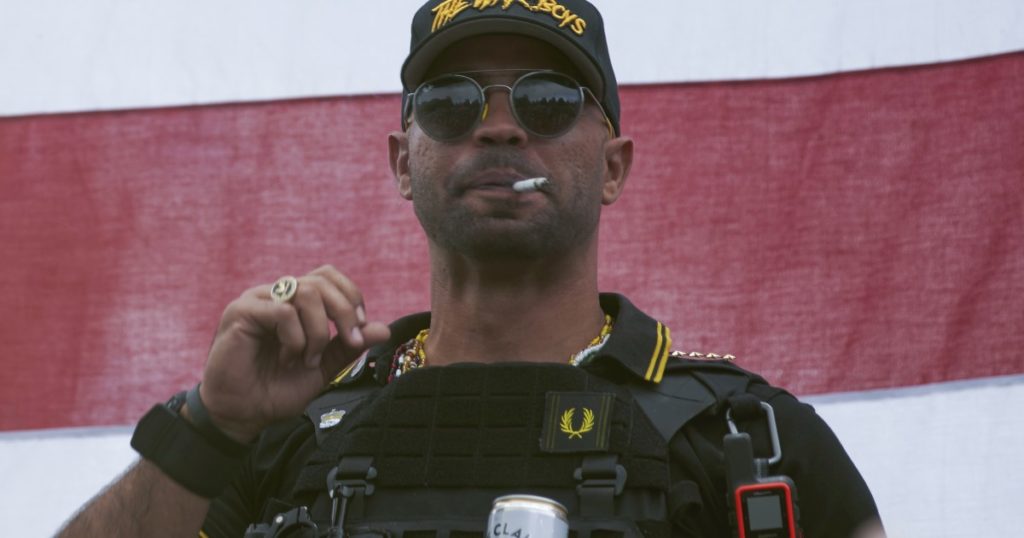 Enrique Tarrio, the leader of the Proud Boys extremist group whose members have been charged in connection with the Capitol attack Jan. 6, once served as an undercover informant for law enforcement, according to a former prosecutor and court records.

Former President Trump drew national attention to the Proud Boys during a debate in September when he called on them to “stand back and stand by.” Tarrio has since raised their profile even further, appearing at pro-Trump protests to challenge federal authorities and getting arrested in Washington, D.C., ahead of the Capitol attack on suspicion of destroying a Black Lives Matter banner at a church.

In a court transcript from Tarrio’s Miami sentencing hearing after he pleaded guilty to federal fraud charges in 2014, a prosecutor, FBI agent and Tarrio’s attorney said he had helped authorities prosecute more than a dozen people in cases involving drugs, gambling and human smuggling.

During the hearing, the prosecutor and Tarrio’s attorney asked a judge to reduce Tarrio’s sentence related to the relabeling and sale of stolen diabetes test kits. The prosecutor said Tarrio’s information had led to the prosecution of 13 people on federal charges in two cases and had helped local authorities investigate a gambling ring. An FBI agent at the hearing called Tarrio a “key component” in local police investigations involving marijuana, cocaine and ecstasy.

Tarrio’s attorney, Jeffrey Feiler, told the court that his client had worked undercover in numerous investigations involving human smuggling, the sale of anabolic steroids and “wholesale prescription narcotics.” He said Tarrio also helped police uncover three marijuana grow houses, and was a “prolific” cooperator. In the smuggling case, he said Tarrio, “at his own risk, in an undercover role met and negotiated to pay $11,000 to members of that ring to bring in fictitious family members of his from another country. ”

Reached at his Miami office Wednesday, Feiler said, “The representations I made to the court were true based on information provided to me by law enforcement and the prosecutor.

“Based upon his cooperation, the government filed a motion to reduce his sentence,” Feiler said.

The former federal prosecutor in Tarrio’s case, Vanessa Singh Johannes, confirmed Wednesday that “he cooperated with local and federal law enforcement to aid in the prosecution of those running other, separate criminal enterprises, ranging from running marijuana grow houses in Miami to operating pharmaceutical fraud schemes.”

According to court records, the judge handling Tarrio’s case reduced his sentence from 30 to 16 months, finding he had “provided substantial assistance in the investigation and prosecution of other persons involved in criminal conduct.”

Tarrio did not return calls or emails Wednesday. In an interview with Reuters on Tuesday, he denied working undercover or cooperating in cases against others.

“I don’t recall any of this,” Tarrio, 36, said when asked about the sentencing hearing. “ He told Reuters that his fraud sentence was reduced because he helped investigators “clear up” questions about his own case, not those of others.

Washington police arrested Tarrio two days before the attack on the Capitol. They charged him with possessing two high-capacity rifle magazines and burning a Black Lives Matter banner during a demonstration the month before.

A judge ordered Tarrio to leave the city pending his next court date in June. Although Tarrio did not join the Capitol riot, at least five other Proud Boys allegedly did and have been charged in the deadly attack.