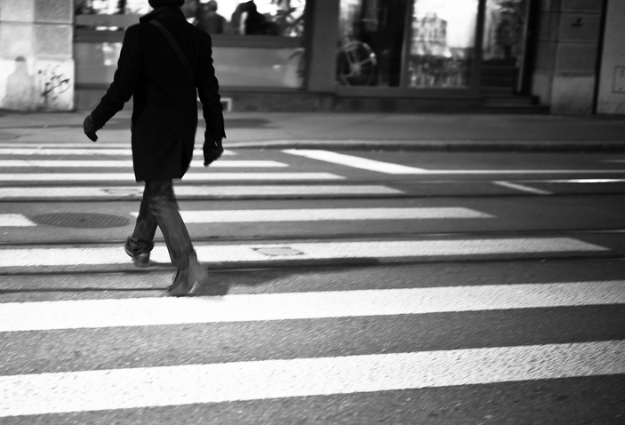 The “S” is for safety, apparently.

For the first time in its 54-year history, the National Transportation Safety Board has prioritized ending traffic violence — specifically centered on protecting vulnerable road users.

The NTSB — a group usually associated with investigating plane crashes, boat safety, and pipeline breaches, but that is also responsible for making roadway safety recommendations to top government agencies — released its biennial Most Wanted List yesterday, a list of 10 items that the agency believes are crucial for safety.

But for the first time, the agency singled out the pedestrians and cyclist death crisis with one bullet point: “Protect Vulnerable Road Users through a Safe System Approach.”

Other road-safety items on the list — such as creating a strategy to eliminate speeding-related crashes, reducing drunk driving, adding high-tech safety features to cars and eliminating distracted driving — have all appeared on previous Most Wanted Lists.

In the past, the agency’s recommendations for reducing speed-related crashes have focused on driver interventions. Even seemingly holistic recommendations, like curbing speed-related crashes, have focused on technology like “speed-limiters on large trucks, automated enforcement, expert speed analysis tools, and education campaigns,” rather than redesigning roads to discourage fast vehicle movement — which experts generally agree is the real key to curbing traffic violence.

The mention of a “safe systems” approach may signal a critical change in the Board’s thinking — and if lawmakers and regulators take up their recommendations, our transportation culture at large.

Largely regarded as a synonym for Vision Zero, a “safe systems” approach to roadway safety includes not just strong vehicle safety standards and interventions for the most egregious roadway crimes, but also comprehensive road redesigns, improved facilities for non-motorists, and better post-crash care.

“Our roadways were designed to move motor vehicles safely and efficiently. They often do not fully meet the needs of pedestrians, bicyclists, and motorcyclists-our vulnerable road users,” the Board wrote in its report. “As a result, we are seeing increasing dangers to this population and too many accidents [sic] involving vehicles and vulnerable road users.”

That’s a big pivot for an organization that, until recently, rarely investigated walking and cycling crashes at all — and even when it did, over-focused on analyzing a handful of particularly bloody incidents rather than the systemic roots of our traffic violence epidemic as a whole. (In another sign of just how big of a step this is for the NTSB: yes, even in this otherwise-great statement, it’s still referring to car crashes as “accidents.”)

The shift couldn’t be more timely. Across the country, pedestrian death rates have spiked during the pandemic, but even basic mitigation strategies, like enhancing vehicle safety measures, haven’t kept up.

Representatives for the NTSB suggested that both phenomena were among the reasons why their staff elevated the safe systems approach to their top 10 recommendations from a pool of more than 1,200 ideas suggested by staff.

“As technologies continue to evolve, it’s not enough to say things like ‘more bicyclists need to wear helmets.” said Chris O’Neil, chief of media relations for the NTSB. “We need to say, how do we help prevent the [crash] in the first place? That’s why we’re particularly excited about the safe systems approach.”

“This seems like part of a positive, growing trend of influential safety experts recognizing that the current approach needs updating in order to truly prioritize safety for all road users — especially people walking and biking,” said Leah Shahum, founder and director of the Vision Zero Network. “Our current transportation system is failing. The Safe System approach is the foundation of a true Vision Zero commitment.”

Now, it’s on the Biden administration, Congress, and transportation leaders across the country to take the Board’s recommendation seriously — and heed advocates’ call for setting a goal to end traffic fatalities nationwide no later than 2050.

“Analysis shows that we have the tools and strategies today to prevent up to 75 percent of traffic deaths on our roads, if we implement the Safe Systems approach in the coming years,” added Shahum. “This means doing things differently, including designing self-enforcing roadways for lower, safer speeds and other policies that prioritize safety over speed. And this means moving away from the country’s traditional over-reliance on police enforcement, which raises concerns of racial bias, and away from traditional ‘education’ campaigns, which often lead to victim-blaming and inaction. We have the know-how to legitimately set and advance the goal of Zero Traffic Deaths in the U.S. — if we double-down on these strategies.”