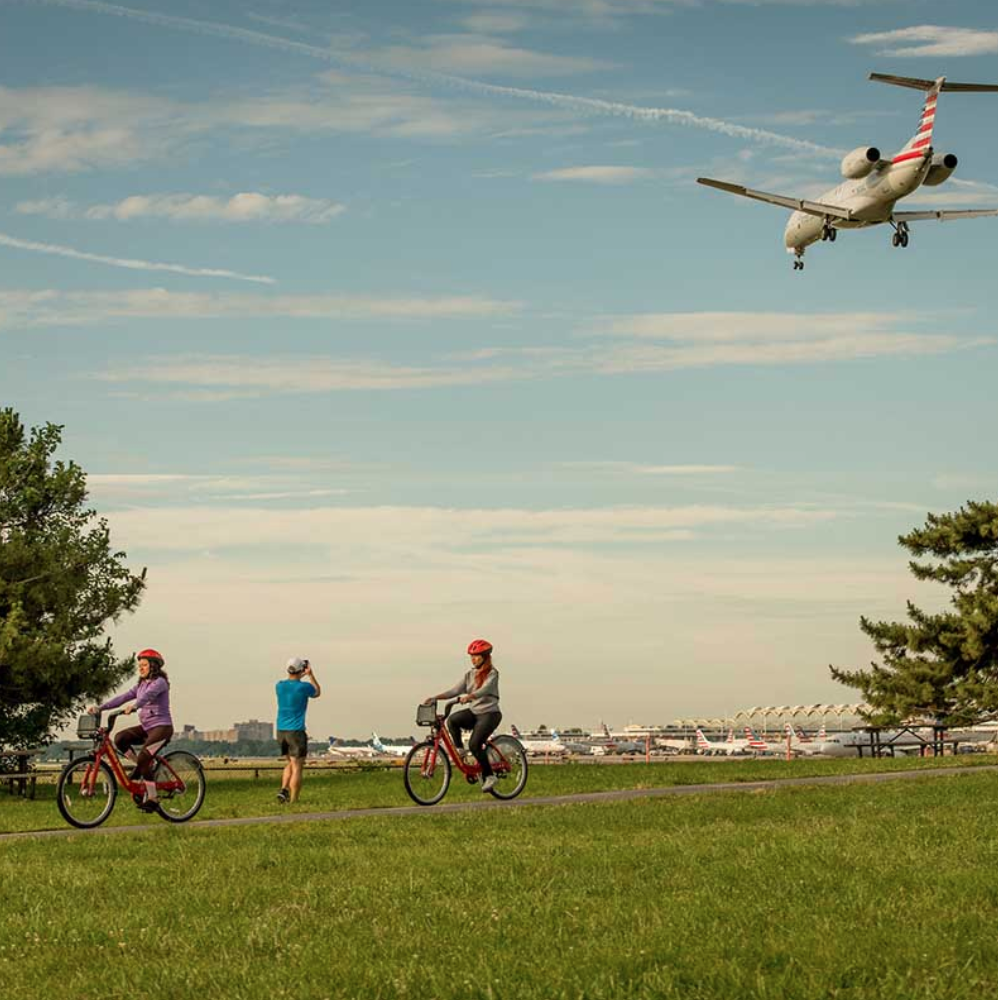 COVID sparked a bike boom across America, but a new study of one Virginia city shows that communities who prioritized building protected bike paths saved the most lives – and would have done so with or without the virus.

In a report released today, researchers from the Insurance Institute for Highway Safety dug into the nuances of America’s (still-ongoing) pandemic-era bike boom by scrutinizing the spatial and temporal distribution of pre- and post-lockdown bicycle trip counts and crash counts in the city of Arlington, Va.

But Arlington isn’t the typical car-dominated American city. Widely regarded as the most bicycle-friendly county in the region, the D.C. suburb is home to more than 50 miles of paved, off-road trails, in addition to 37 miles of on-road lanes — which means that its cyclists had more options to keep themselves safe when drivers began to speed up on lockdown-emptied roads.

“You can think about Arlington as a window into what’s possible,” said Sam Monfort, co-author of the study and an Arlington-area native himself. “Your city might not have a network of trails like this right now, but it could, and you shouldn’t ignore results like these.”

The study found that Arlington’s pre-COVID investments into active transportation paid off big during the pandemic. As national cycling fatalities climbed 5 percent between 2019 and 2020 — a phenomenon that experts attribute, in part, to a 16-percent jump in cycling journeys on U.S. roads over that period — Arlington had zero deaths, and the rate of injury-causing collisions between cyclists and drivers plummeted 28 percent compared to the average from the previous six years. (Total cycling journeys in the already-bikier-than-average city, meanwhile, increased about 4 percent.)

Monfort emphasizes that Arlington’s trail-heavy approach to street safety isn’t for every community, even if the fundamental concept of protecting riders with the infrastructure they’ll use most is portable to just about everywhere. The tony suburb has a median household income of more than $120,000 a year and is 71 percent White — and folks from both groups were more likely to shift to remote work during the early days of the pandemic, and to shift from biking to work to biking purely for exercise or recreation.

Indeed, the researchers found that Arlington’s 2020 bike traffic spiked 75 percent at midday, but fell off nearly 50 percent during what used to be the morning commute rush, which could indicate that the city’s bike paths are doing a better job of meeting the needs of salaried workers who are avoiding the gym during COVID than meeting the needs of essential workers replacing a transit commute with a bike ride.

Still, Monfort says many of those midday trips likely did help workers with non-traditional schedules make it to their shifts — and there’s no reason why cities like Arlington can’t expand their bike path footprint to meet the needs of both the white-collar lunch break biker and the low-income cyclist saving a few bucks on bus fare.

“There’s an association between ‘recreational’ trails and [leisure or exercise] riding, but the Arlington off-roads multi-purpose trails are very much used by commuters, too,” Monford adds. “We didn’t interview every rider, obviously, but the folks at the DOT made it clear that a large number of workers use the off-road trails [to get around]. What we’d all hope for, ideally, is a bike lane network that meets the needs of both groups. On-road paths are great, and often they’re all you can do, but who wouldn’t want to bike through a beautiful, forested, off-road path sometimes, whether that’s to get to work or just for fun?”

Even if cities don’t have the money to build their own version of Arlington’s dreamy off-road trail network — and with federal trails funding currently in peril, many won’t — Monfort says it’s a public health must to build any infrastructure for cyclists. That may be more urgent than ever as the unpredictable trajectory of the pandemic continues to reshape American transportation, he says, but it will be no less valuable when the impact of the virus someday recedes from U.S. life.

“All cycling infrastructure tends to reduce bike-to-vehicle crash rates,” Monforts adds. “It’s not just off road trails –it’s true of protected infrastructure on the road as well. No matter how you look at it, building those paths will save lives. “